Falling Back
in Time

Who is Finn Gorman? Finn Gorman is the hero of Tales of the Towpath. It is through his adventures that we learn about the canals and industries that made our region what it is today. When we first meet Finn, he is an old man in the 1930s reflecting back on when he and his family first worked on the canals in 1855. In 1855 he was a young boy full of life and excitement for his new responsibilities. We meet Finn just as he begins what would become a lifelong career working on the Lehigh and Delaware Canal.

Our story begins when Finn is an old man of 85, looking at his reflection in the canal waters, and thinking back on years gone by. Not just his appearance has changed over the decades – life in our region has changed and the era of canals is coming to an end. At the beginning of the story, the year is 1930. 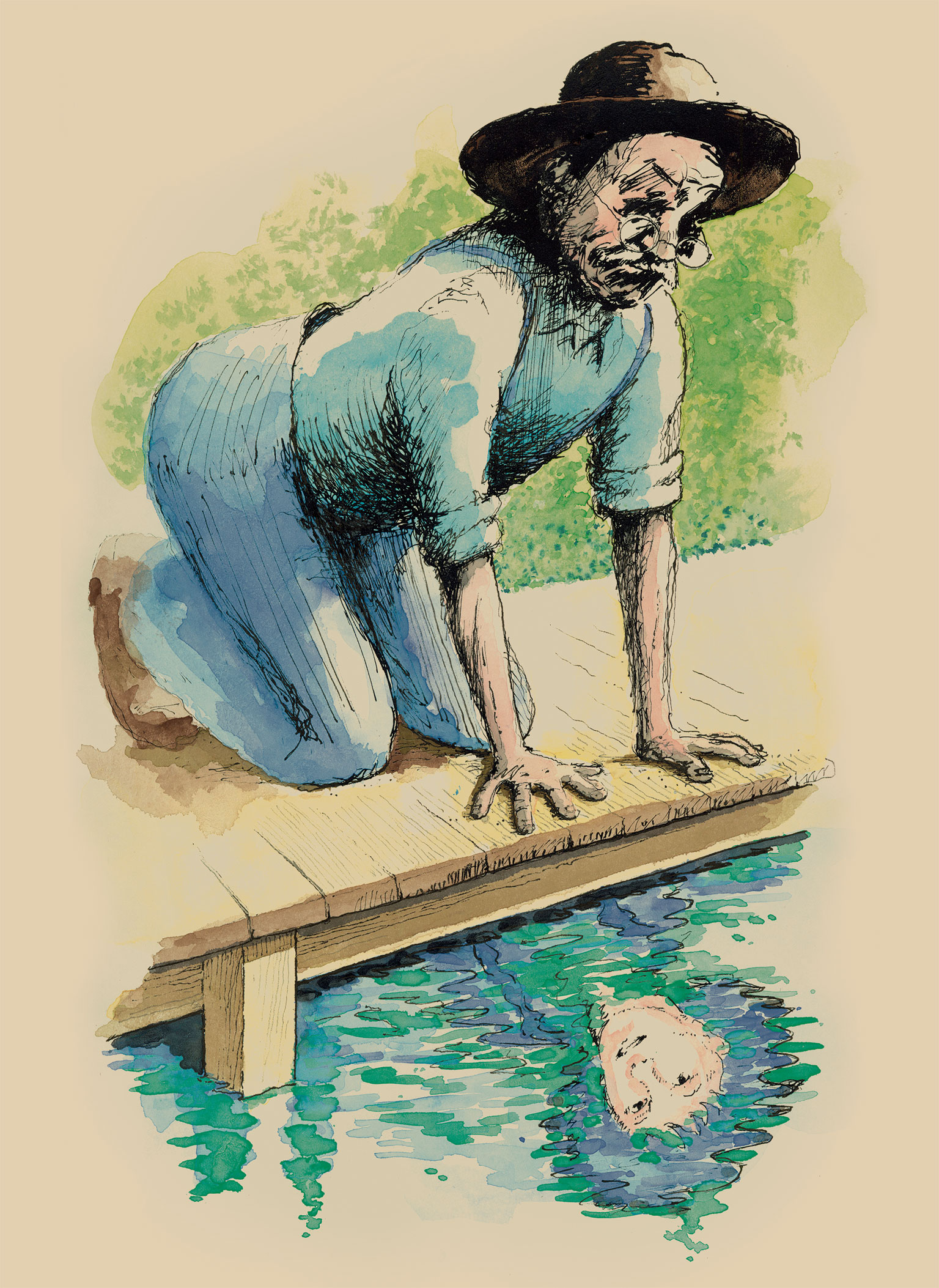 The 1930s was a tough time in our history. It was the beginning of the Great Depression when a lot of Americans had lost their jobs and many became homeless. When our story starts we know that Finn is retired. We are not sure how his life has been affected by the Depression, but we do know that his life seemed to have revolved around the canal. The canal was also coming to an end at this time. Finn’s life follows the arc of the canal industry. He entered the industry as a young boy, in the prime of his life and the canal’s. As Finn’s life is winding down, so is the canal’s. Finn's lifetime had spanned from a very prosperous time in our country to one of the more difficult periods. The industry he and his family came to rely on was a very important one to our history, but it did not last very long. This may have been why Finn found himself sitting and reflecting on the, now quiet, waters of the canal as our story begins.

Pennsylvanians built hundreds of miles of canals during the early decades of the 19th century. These included the Lehigh Navigation and Delaware Canal, which Finn spent his days walking along as a child, as well as other canal systems. Though not all in operation at the same time and not all connecting, the total length of the canals built in Pennsylvania eventually reached 1,243 miles. 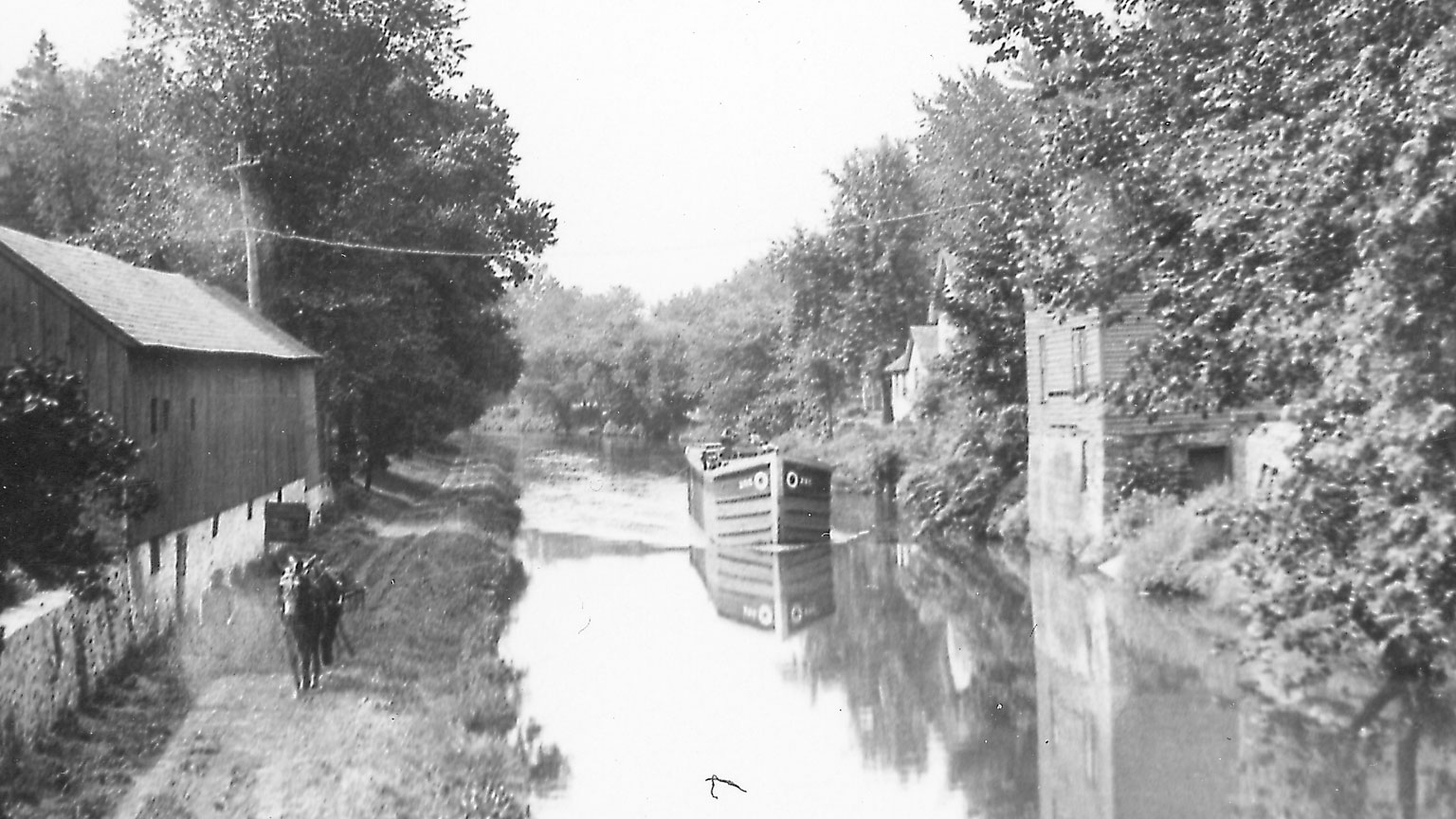 A towpath is a road or trail on the bank of a river, canal or other inland waterway. The purpose of a towpath is to allow a land vehicle, beasts of burden such as mules, or a team of human pullers to tow a boat. 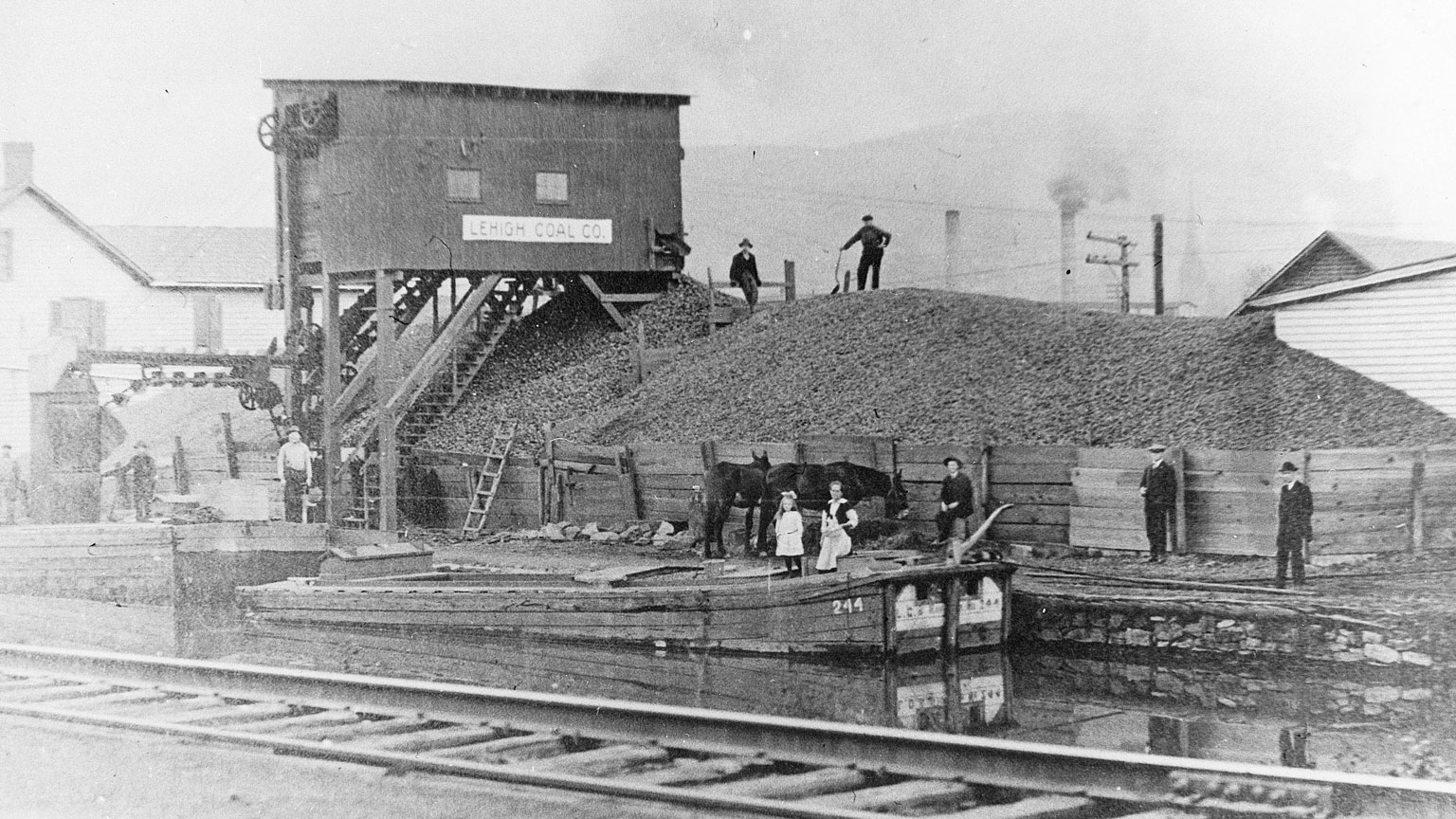 The End of Canals

By about 1850 steam engine technology had advanced to having the ability to produce locomotives with sufficient power to move freight, including bulk goods such as coal and grain, so railroads had already begun displacing canals as the preferred method of long-distance transportation, as they also offered speed. In 1852, the Pennsylvania Railroad (PRR) began offering rail service from Philadelphia to Pittsburgh, and in 1857, it bought the Main Line Canal from the state. In 1859, all canals owned by the commonwealth were sold. The PRR formed the Pennsylvania Canal Company in 1867 and continued to use canals to haul freight. However, the canal business declined steadily in the last quarter of the century, and most Pennsylvania canals no longer functioned after 1900. The Delaware and Lehigh canals were exceptions, staying in business until the early 1930s. 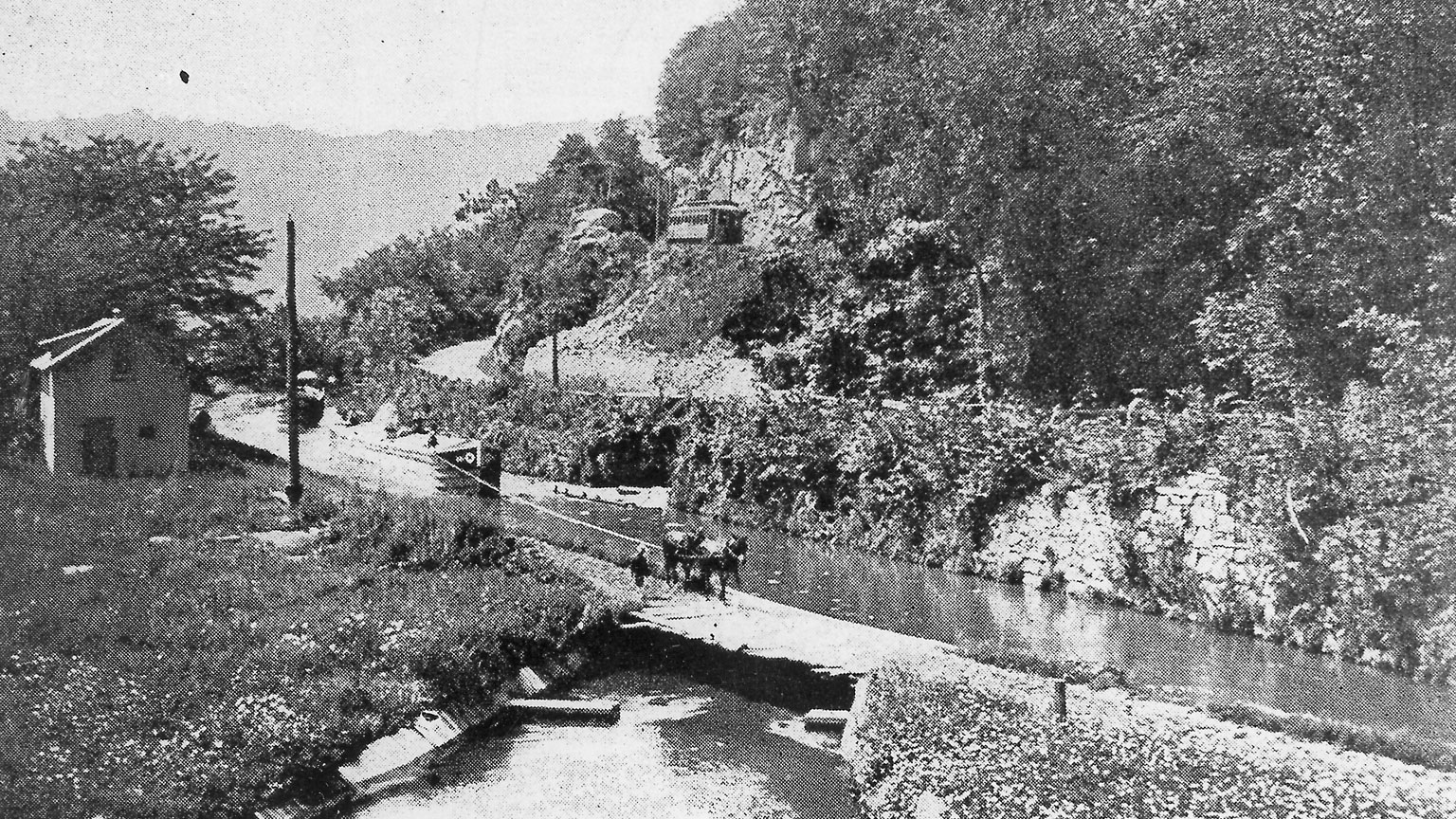 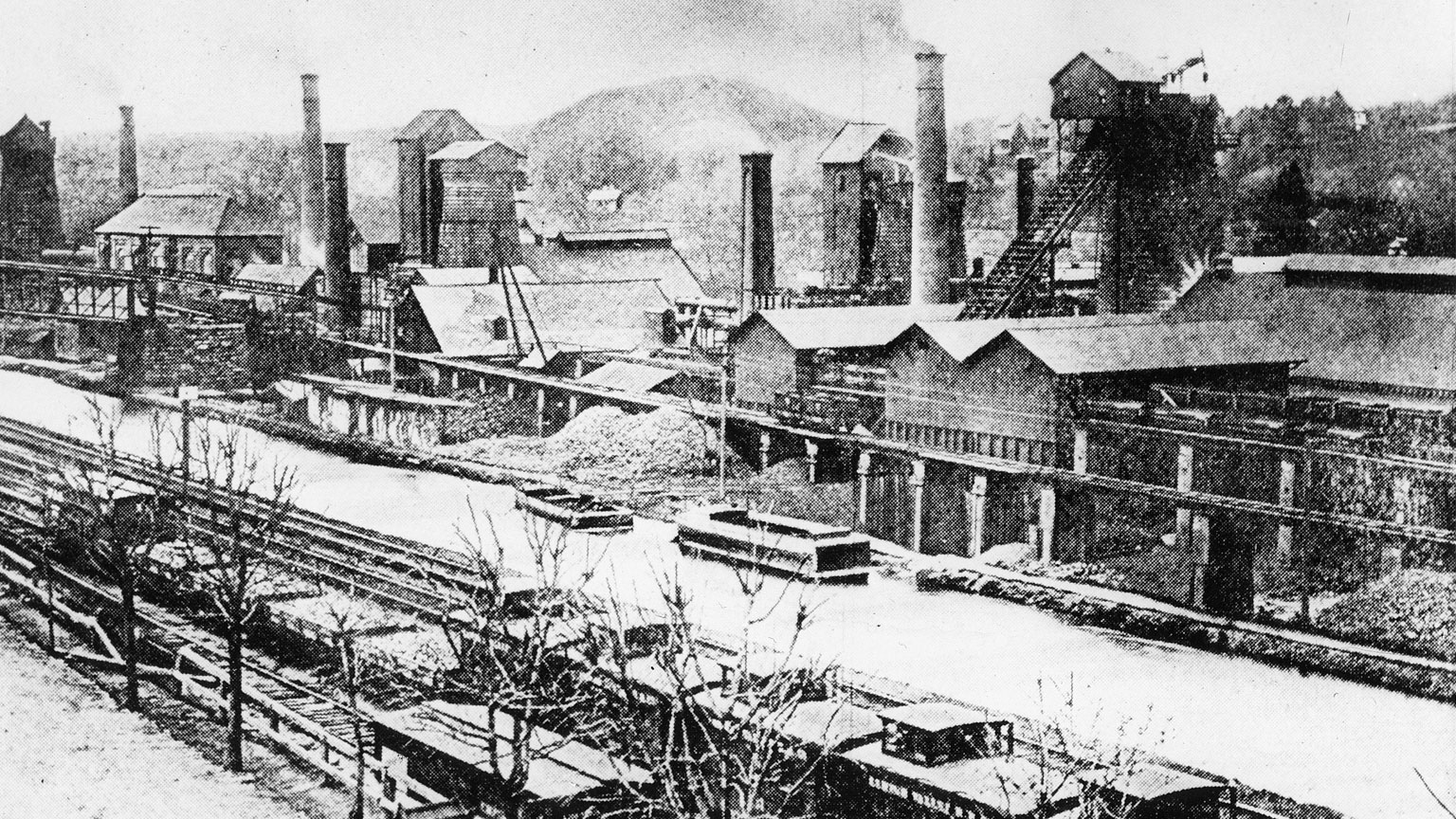 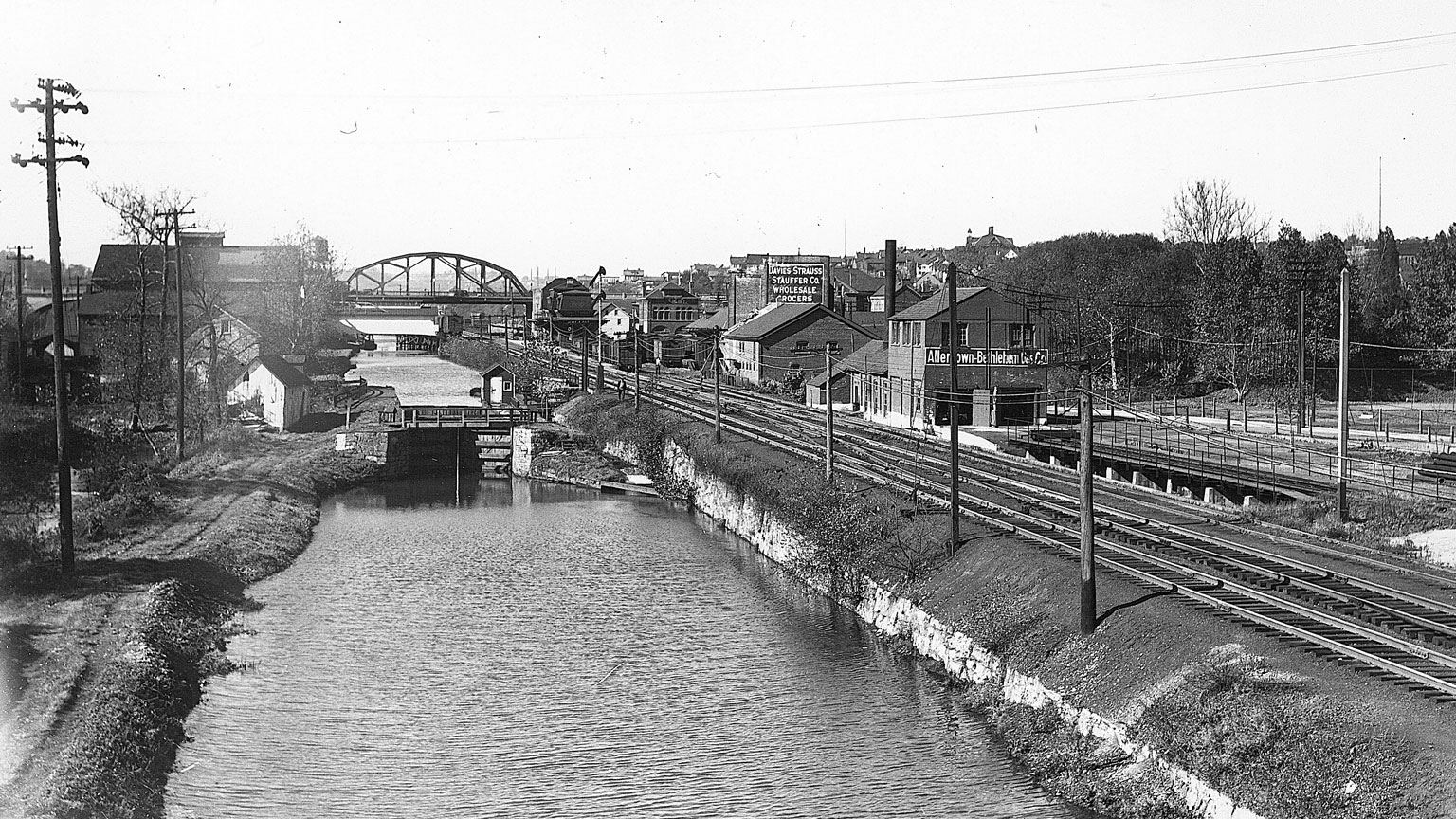 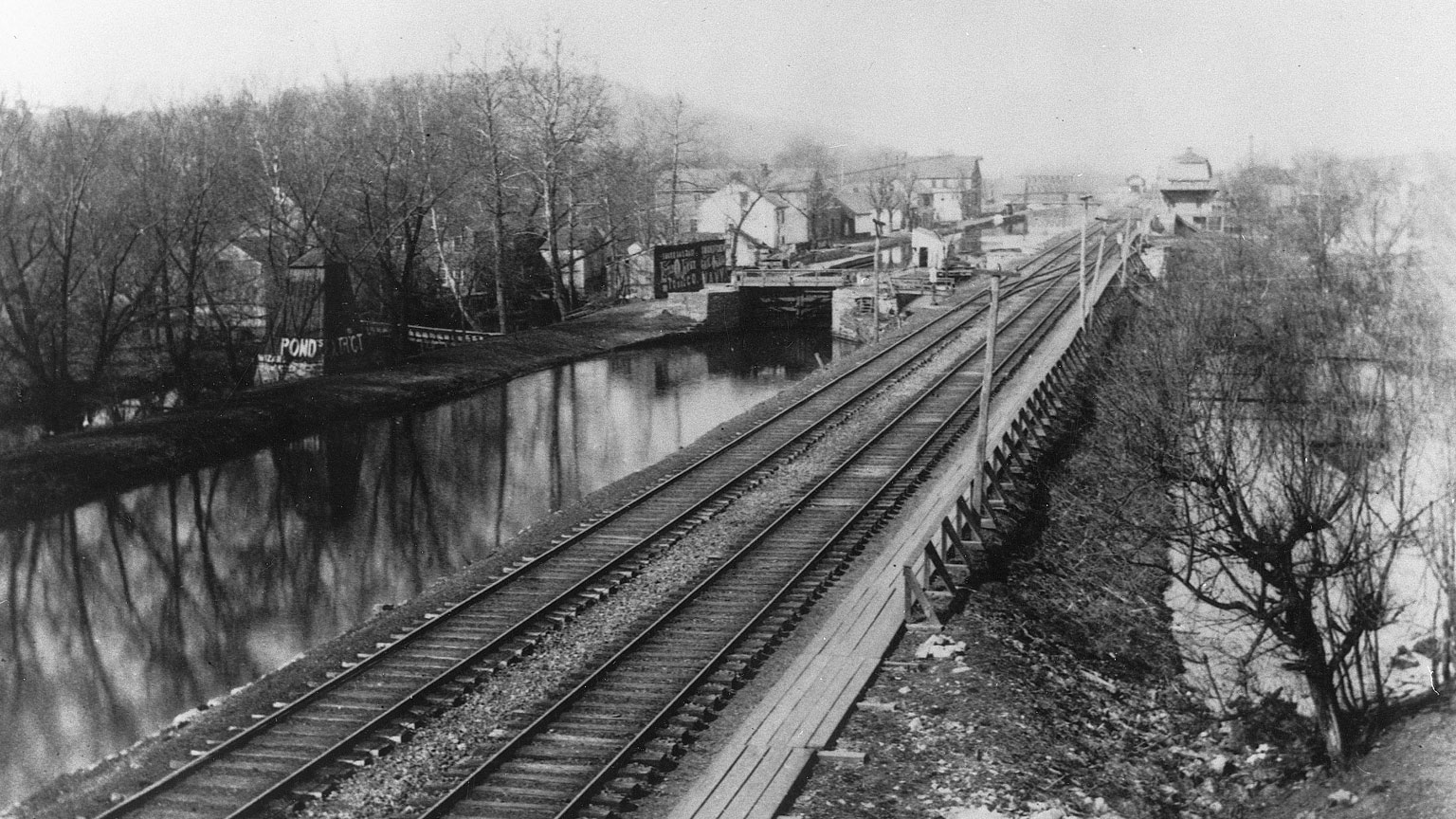 The bulk of the story takes place when Finn was about 10 in the 1850s. This was during the height of the canal industry. Trains were starting to leave their mark, but had not taken over as the main source of transportation. 1855 was the peak year for the canals transporting 1.3 million tons of anthracite out of the northern mines. The 1850s were a boom time for America as industrialization of our country was ramping up, our borders were moving farther west and immigrants were coming to our shores to work hard and realize their American dream. As time marched towards the new century the United States of America became a more industrialized country. Trains became the main way to transport all of the goods being made and canals became obsolete. As Finn reflects as an old man we see that the shift in transportation from canals to the railroad has been completed.

The Lehigh and Delaware Canal Systems

The canal system that crisscrossed Pennsylvania consisted of many separate systems. Finn spends his time on two canals, the Lehigh and Delaware Canals. These two canals run along the Lehigh and Delaware River and intersect in Easton. This allows people to transport goods all the way from the Pocono Mountains to Philadelphia. There were many canal towns that cropped up along the way and built their businesses because of being able to transport goods on those canals. Look at these maps, which town names do you recognize? How many of these towns have you been to? Maybe you even live in one of these historical “Canal towns”. 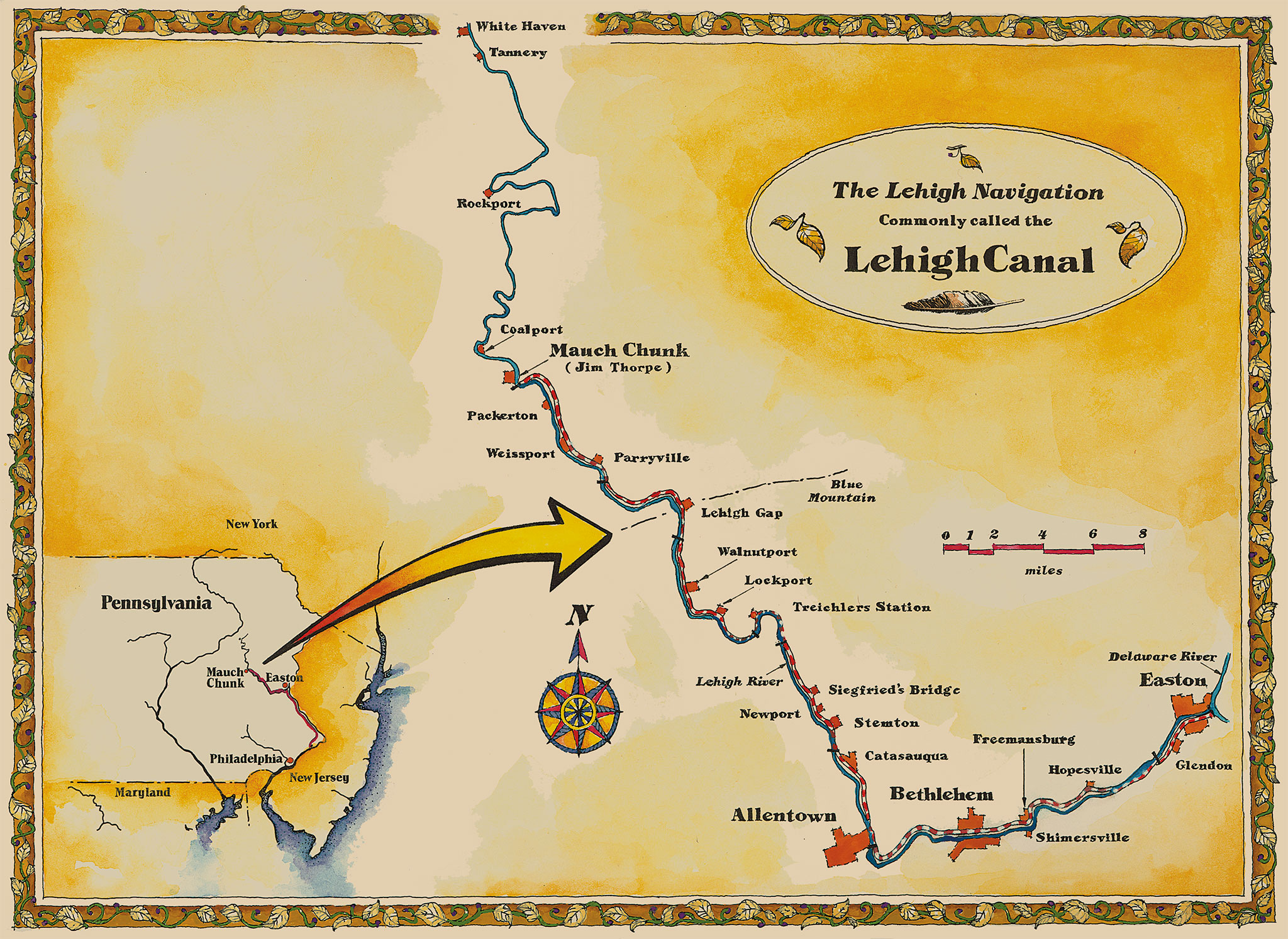 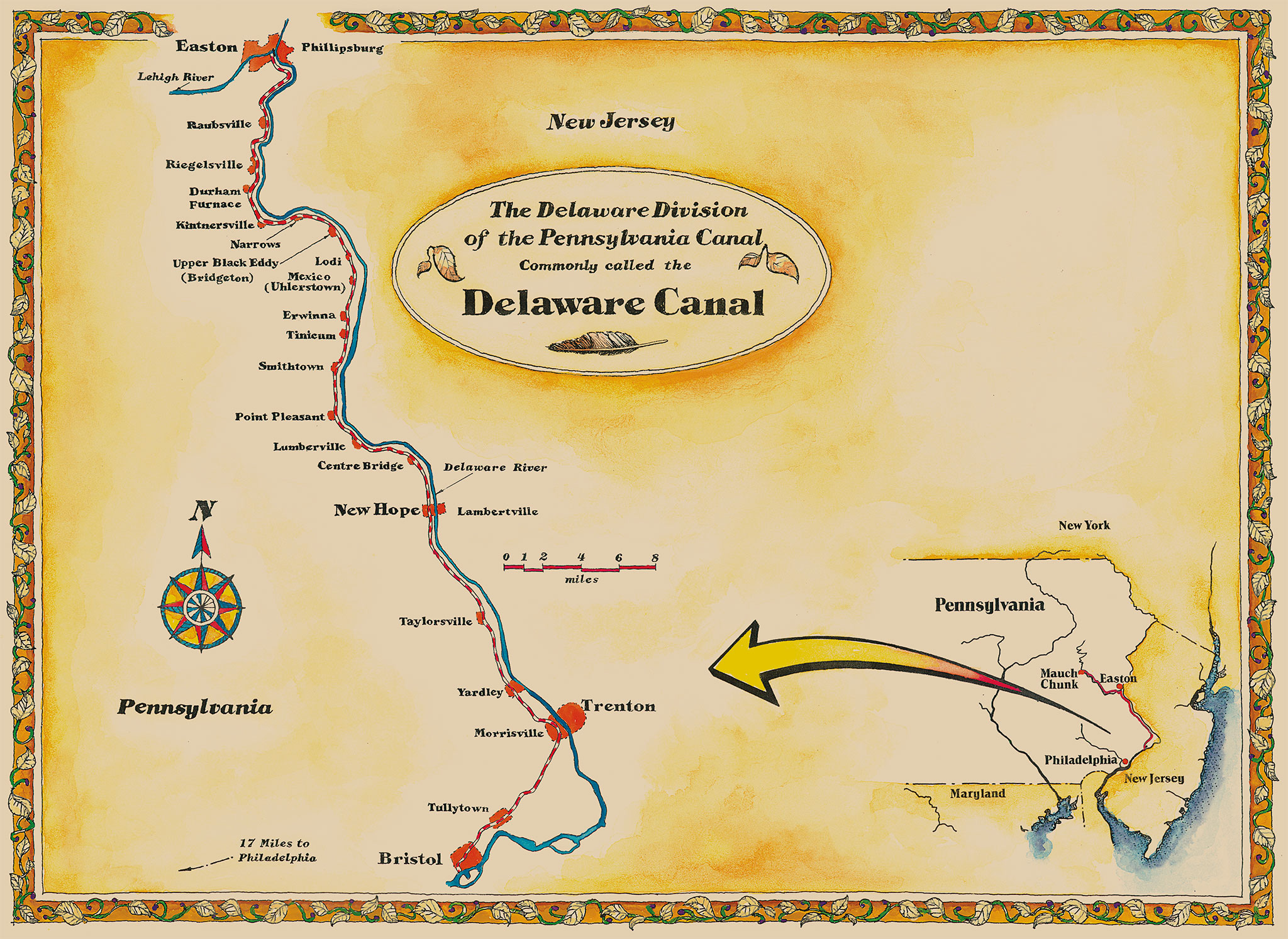 A long and severe recession in an economy or market

A person who comes to live permanently in a foreign country

A strong animal that pulled a canal boat using a towline; a cross between a horse and a donkey

Are you ready to put your chapters 1-2 knowledge to the ultimate test?

Quiz — Falling Back in Time