New Hope is the oldest town in Solebury Township, Bucks County. A grant of land from William Penn to Richard Heath in 1710 included the site of the borough. There were two tracts of 500 acres each, known as the Mill Tract and the Ferry Tract. The earliest ferry across the river was built in 1719 but the best-known was Coryell’s Ferry, which also was the name of the settlement until 1790 when a great fire destroyed the flour, linseed oil and lumber mills of businessman Benjamin Parry. With determination and renewed hope for the future, Parry at once rebuilt his mills and called them New Hope Mills. Learn more about New Hope. 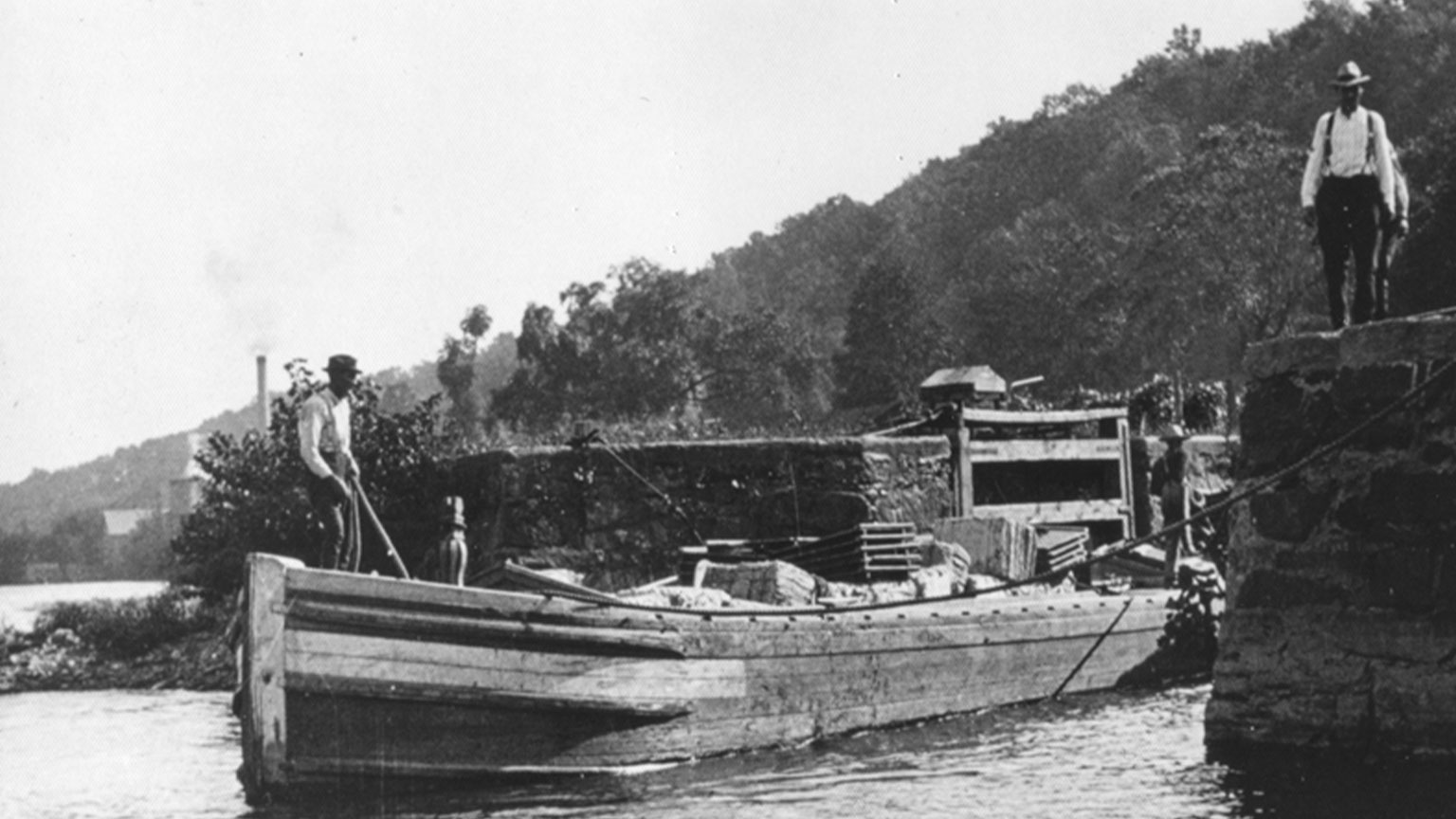 The Tohickon Aqueduct, which is the longest on the Delaware Canal, spans Tohickon Creek in Point Pleasant, Bucks County. The impressive 221 foot span caused many problems during the years of canal operation, as it periodically collapsed or was carried away by floods. Today's beautifully reconstructed aqueduct was completed in 2001.

A grist mill is a building where grain - usually wheat and corn - is ground into flour. In many countries these are referred to as corn or flour mills. Classical mill designs are usually water powered, though some are wind mills, or powered by livestock. In a water powered mill, a sluice gate is used to open a channel and start the water flowing and a water wheel turning. In most wheel-driven mills, a large gear-wheel called the pit wheel is mounted on the same axle as the water wheel and drives a smaller gear wheel, the wallower, on a main driveshaft running vertically from the bottom to the top of the building. This system of gearing ensures that the main shaft turns faster than the water wheel. The turning shaft rotates millstones that grind the grain. The raw grain is lifted in sacks onto the sack floor at the top of the mill. The sacks are emptied into bins and the grain falls down through a hopper to the stones on the stone floor below. The milled grain (flour) is collect as it emerges through grooves in the millstones. Philip's Mill was an important mill in the New Hope area of Bucks County, from 1756 to 1889. It is located about two miles north of New Hope, near canal mile marker 26. 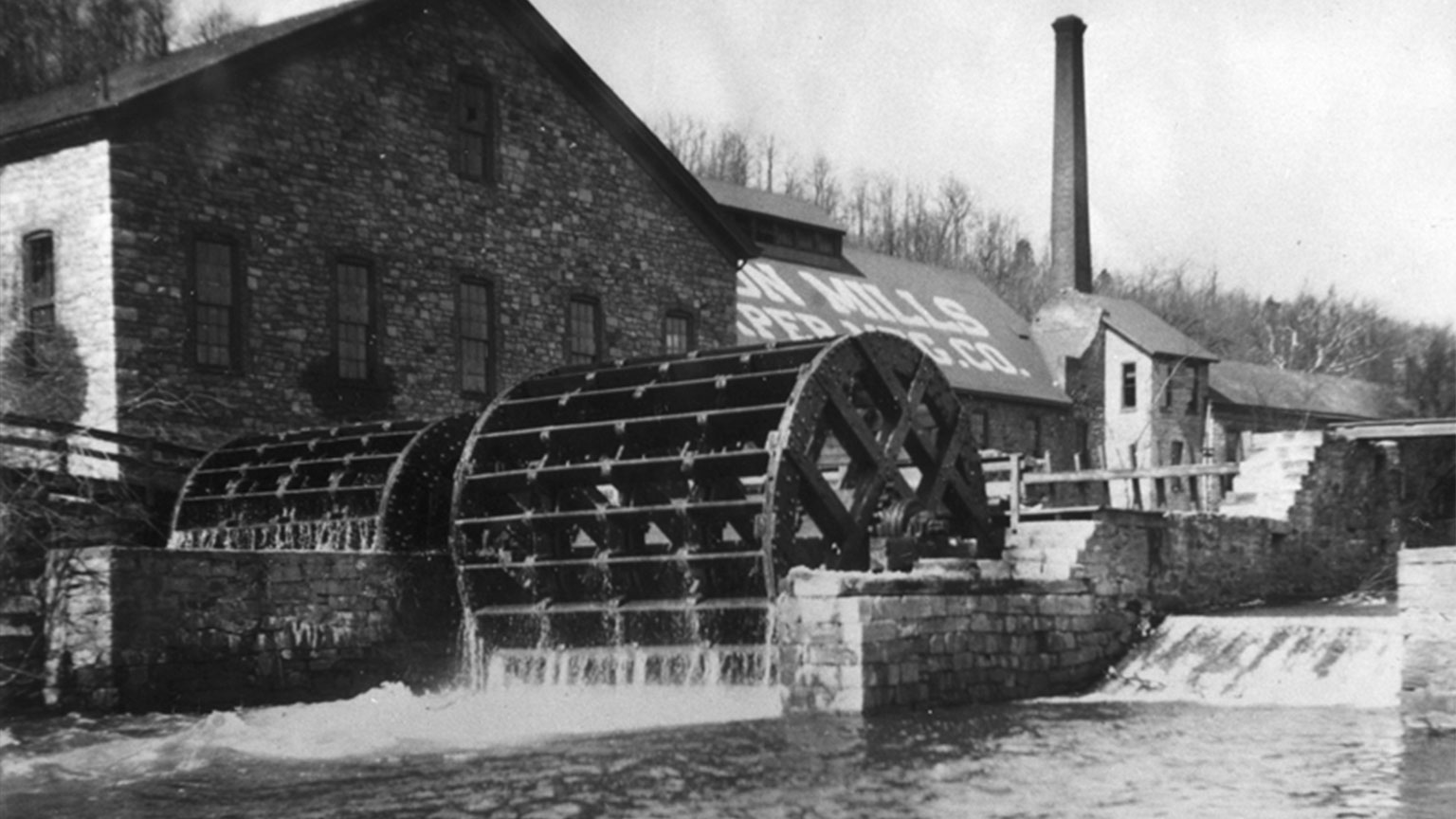 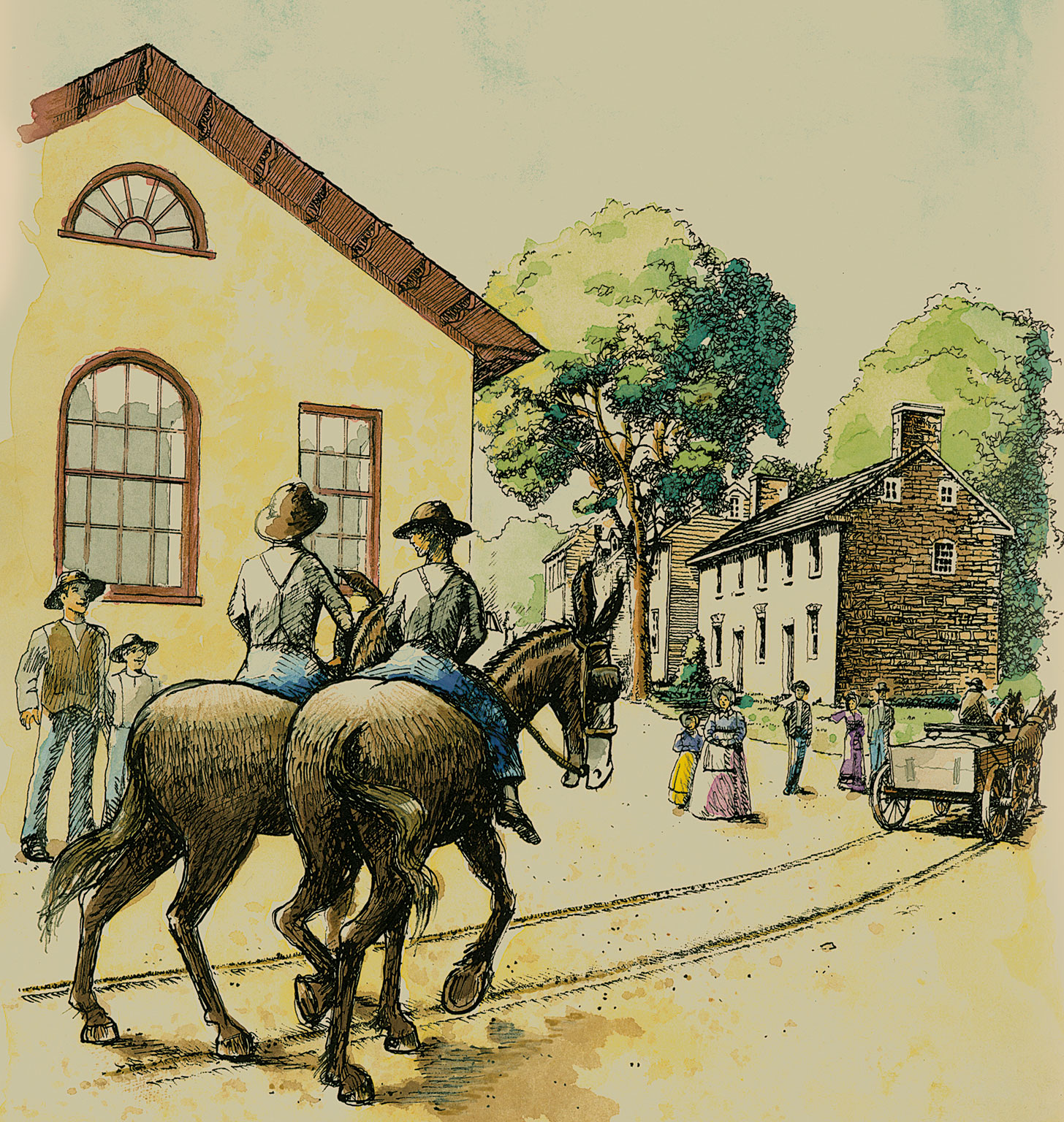 Timber rafting on the Delaware River began in the 1760s, developing into a focal point of the local economy after the Revolution. During the peak years in the mid 19th century, over 50 million board feet of pine and hemlock were shipped down river annually. It was not until the early 20th century, when easily marketable forests had been logged, that the industry declined and died. From the 1850s until the 1880s, tanneries were major industries in the valley, but they ceased to operate after the hemlock groves they used to obtain tannin were largely cut over.

The steel bridge connecting New Hope and Lamberstville, NJ, was once a great covered bridge. The original 1051 foot long and 32 foot wide wooden covered bridge was built in 1814, replacing the service once provided by Coryell's Ferry. Each of its six wooden arches measured 175 feet long and 13 feet high. Its designer, Lewis Wernwag, was nationally known for his covered bridges. The flood of 1841 heavily damaged the original bridge. A second wooden covered bridge was constructed in 1842, but was destroyed during the flood of 1903. The present steel superstructure of the bridge dates to 1904. The cost of the 1904 bridge was $63,818.81, several thousand dollars less than the $67,936.37 needed to build the 1814 structure. 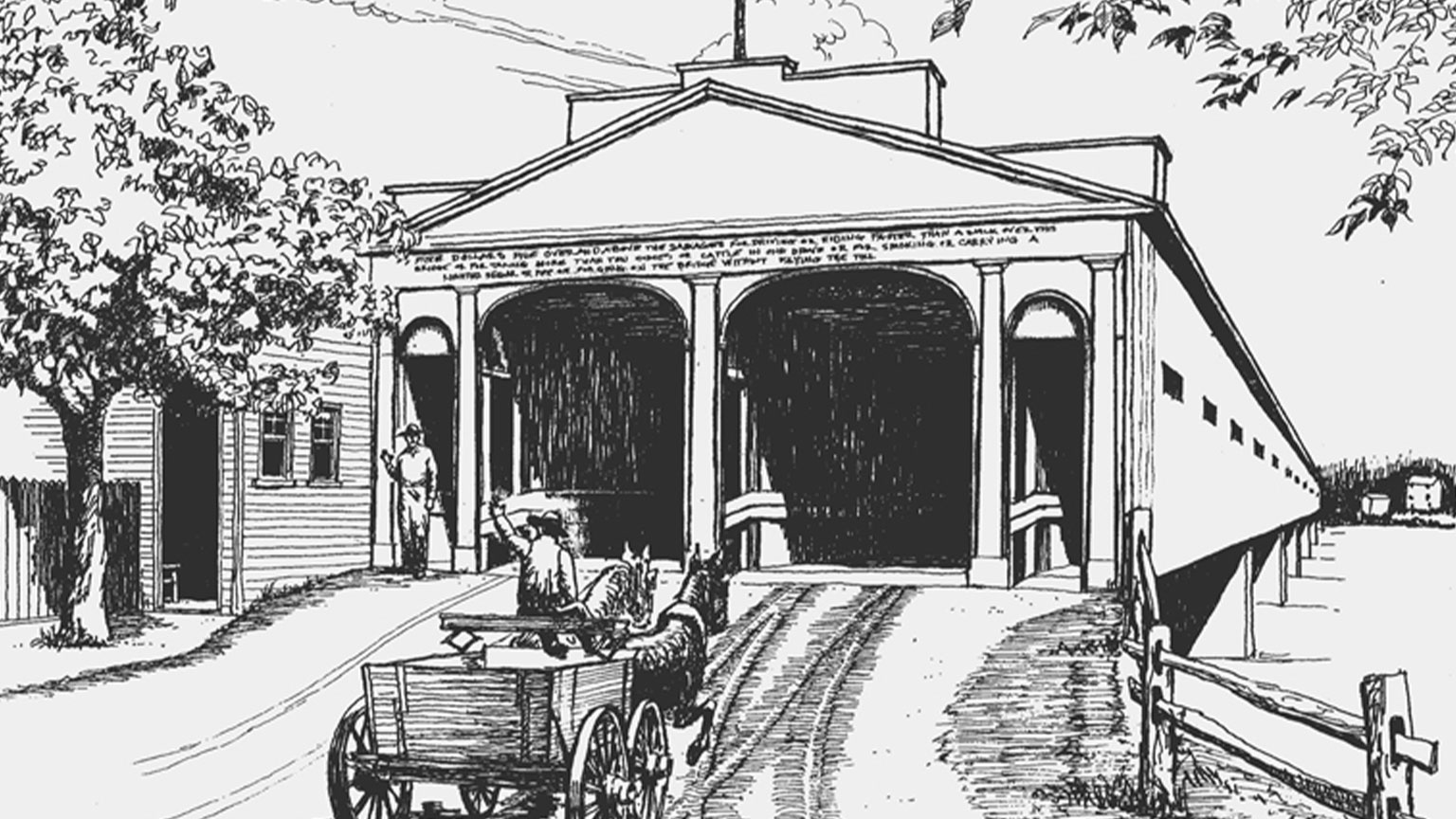 "Finn Gorman Wraps It Up"

An artificial channel for conveying water, typically in the form of a bridge across a valley or other gap.

A grist mill is a building where grain - usually wheat and corn - is ground into flour.

A wooden beam or board used in building a house, ship, or other structure.

Fastening a group of objects (in this case timber) together and then floating it down the river as a way of transporting it.

A large wheel driven by flowing water, used to work machinery or to raise water to a higher level.

Are you ready to put your chapters 23-24 knowledge to the ultimate test?

Prev Section
The People
Next Section
Introduction to the Towpath