Being a locktender was a full time, year round job that not only gave you a salary, but free housing for you and your family. The main responsibility of the job was to raise and lower the boats in the lock as they came through. Locktenders and their families lived in the houses built by the LCNC right next to each lock. The LCNC only employed men so it was always the husband and father of the household that was hired as the official locktender.

However, there was no rule against family members actually running the locks. Because the job came with free housing the pay was not that great. It was not uncommon for the father to work somewhere else during the day to make extra money to support his family. For him to be able to do that the rest of the family had to run the lock. It was very common for the mother and children to operate the lock. They would take turns throughout the day opening and closing the lock for the canal boats that passed through.

The mother would often run another business out of the lock tender house to make extra money. Canal boat captains were in constant need of things, but had to keep their boats moving all day, everyday. So the wives of the locktenders tried to fill that need by offering sought after services. Some of these jobs were laundress, baker, selling fresh food like vegetables and eggs, ropemaker, blacksmithing, or running a mule barn where mules could be boarded for the night. These lock houses became known for what the family offered there and would be called things such as the laundry lock, bread lock, or mule barn lock.

The locktender was also in charge of enforcing rules on the canal, keeping time of when boats went by and how many boats went by in a day, and enforcing the opening and closing time of the canal ways each day. The children of the home helped in all of these endeavors and were very valuable to their family. They went to school when they could, but were often needed at home. This was a great job with many perks and lock tenders often stayed in the same house for multiple generations. 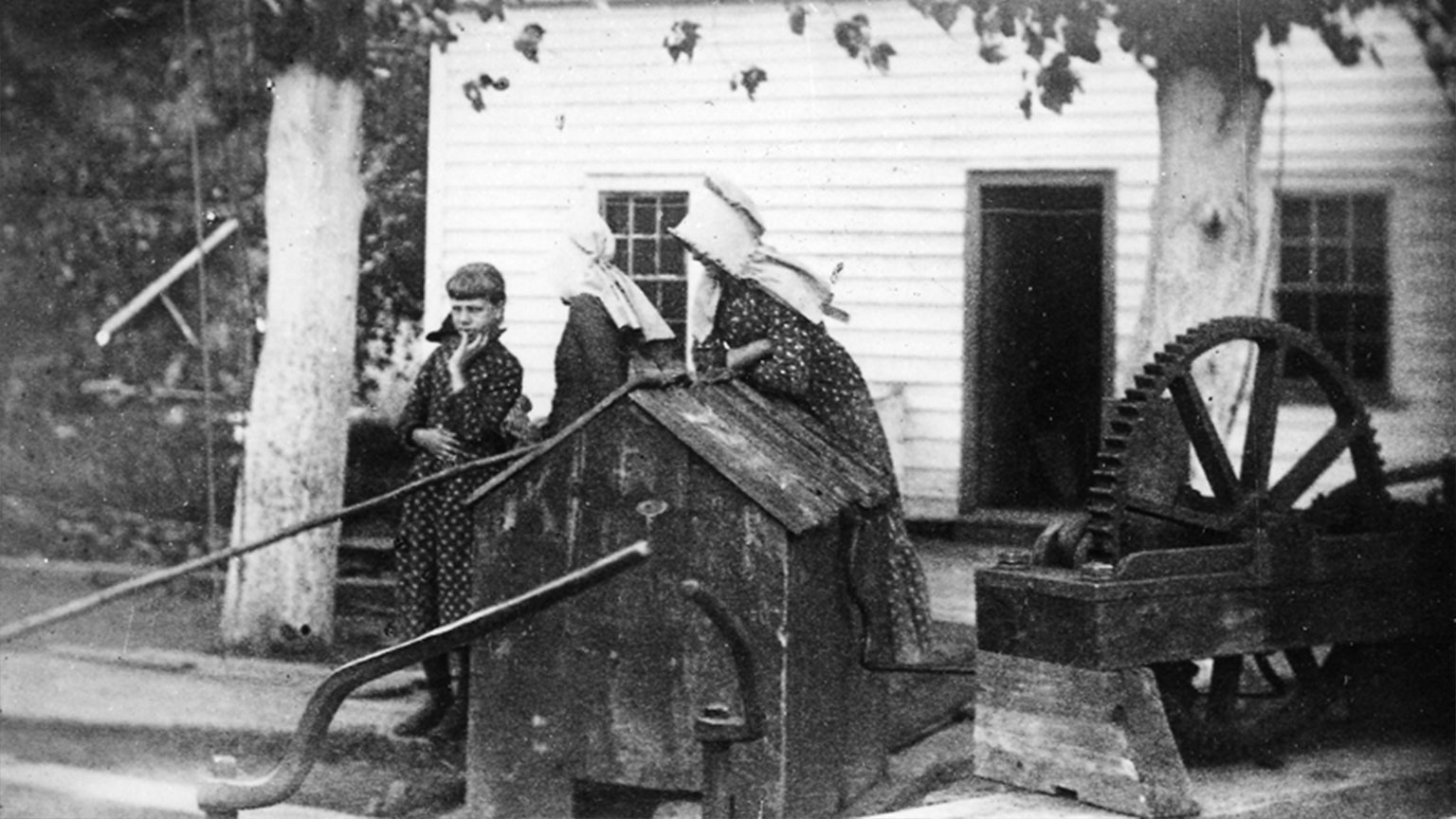 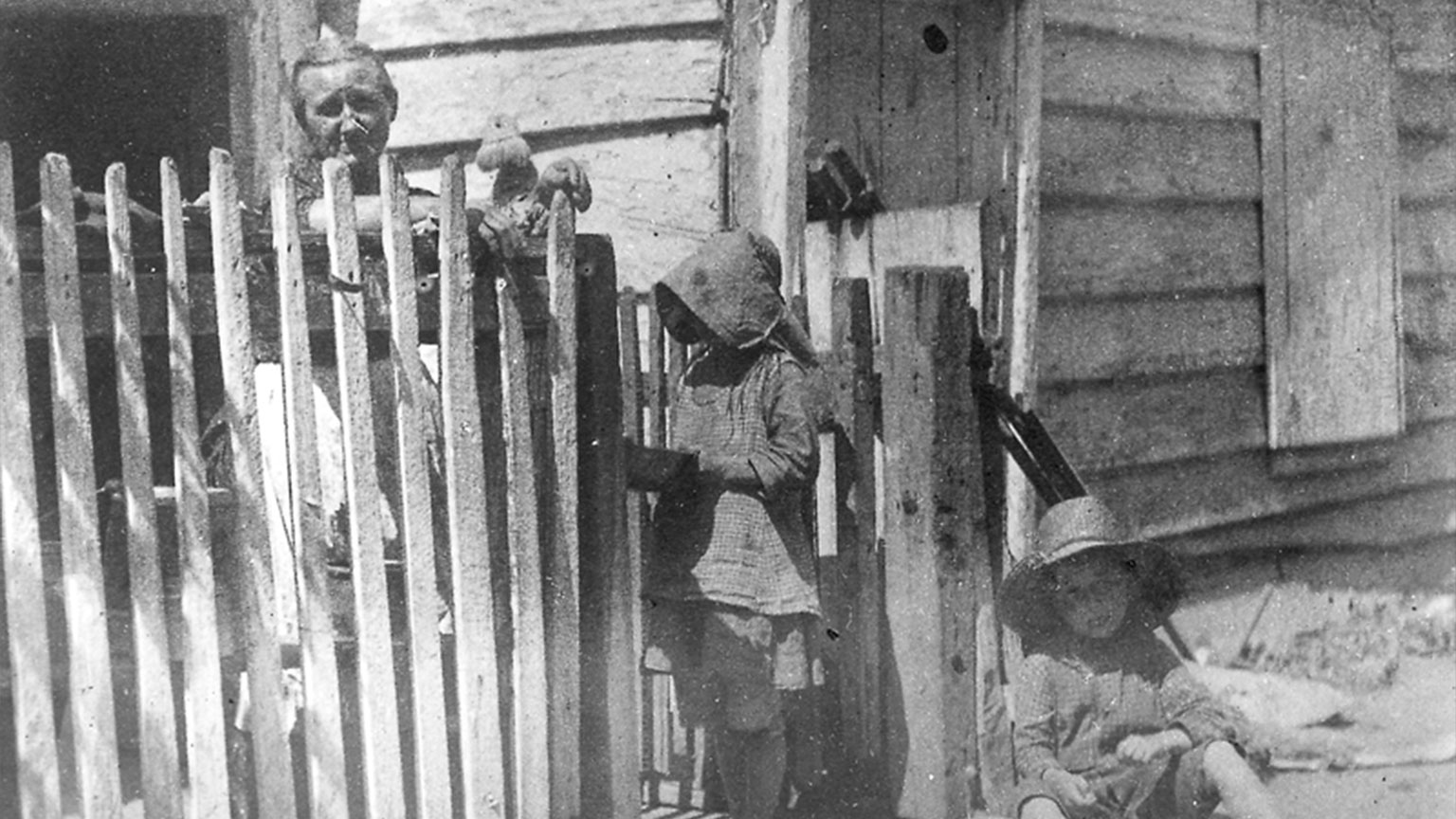 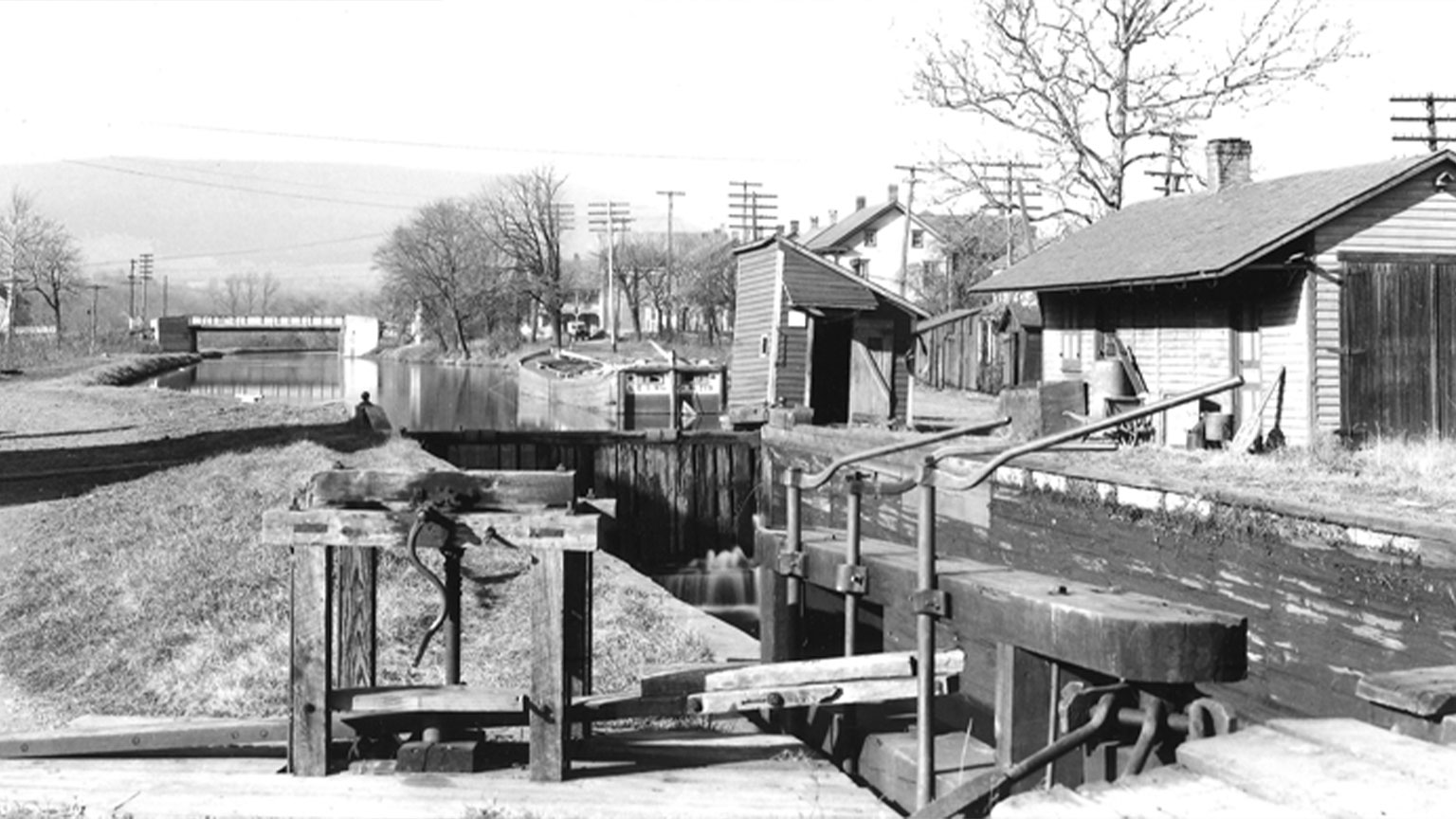 The houses that the locktenders lived in were free with the job and probably the biggest perk of the job. Locktender houses were small, but well built. The original ones were built of stone. However, many had to be rebuilt over time. The new ones were generally clapboard, meaning made using wood siding. All were built before houses had electricity except for the last house built in 1928 at Guard Lock 8 which can be visited at the National Canal Museum in Easton Pennsylvania. Most houses were two stories with two rooms downstairs and a kitchen. Upstairs there would be two or three bedrooms. The bathroom was usually an outhouse outside. 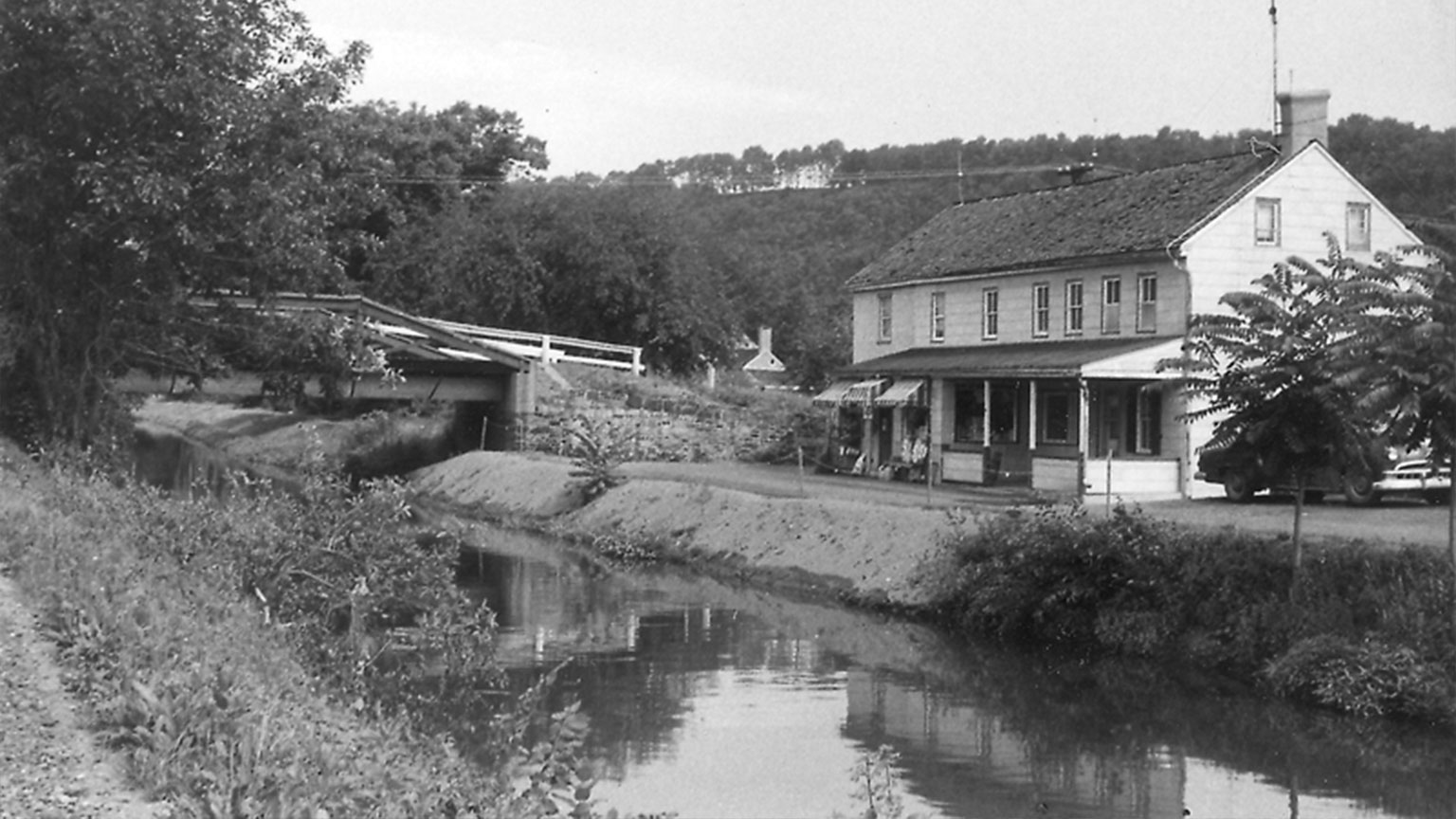 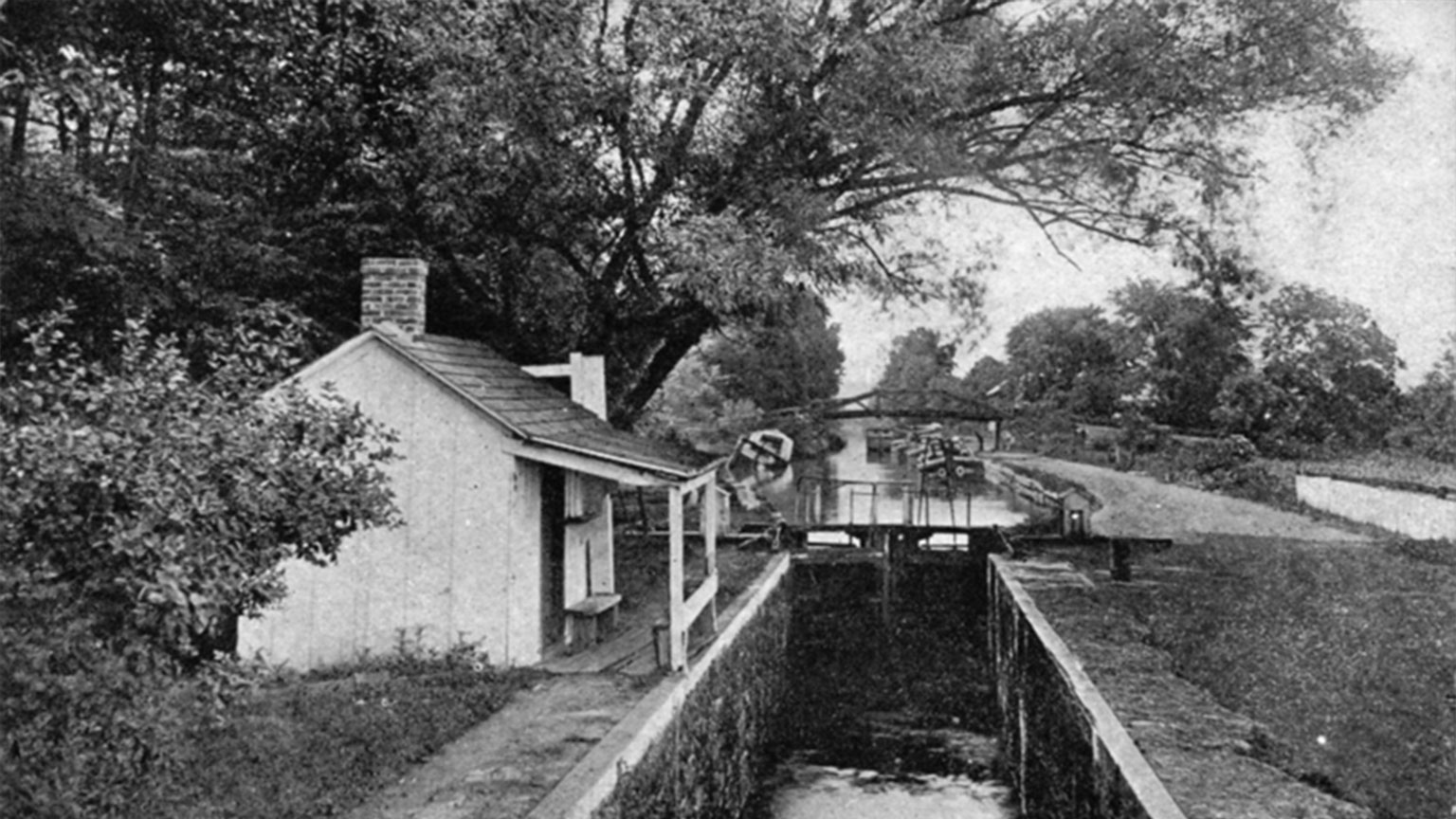 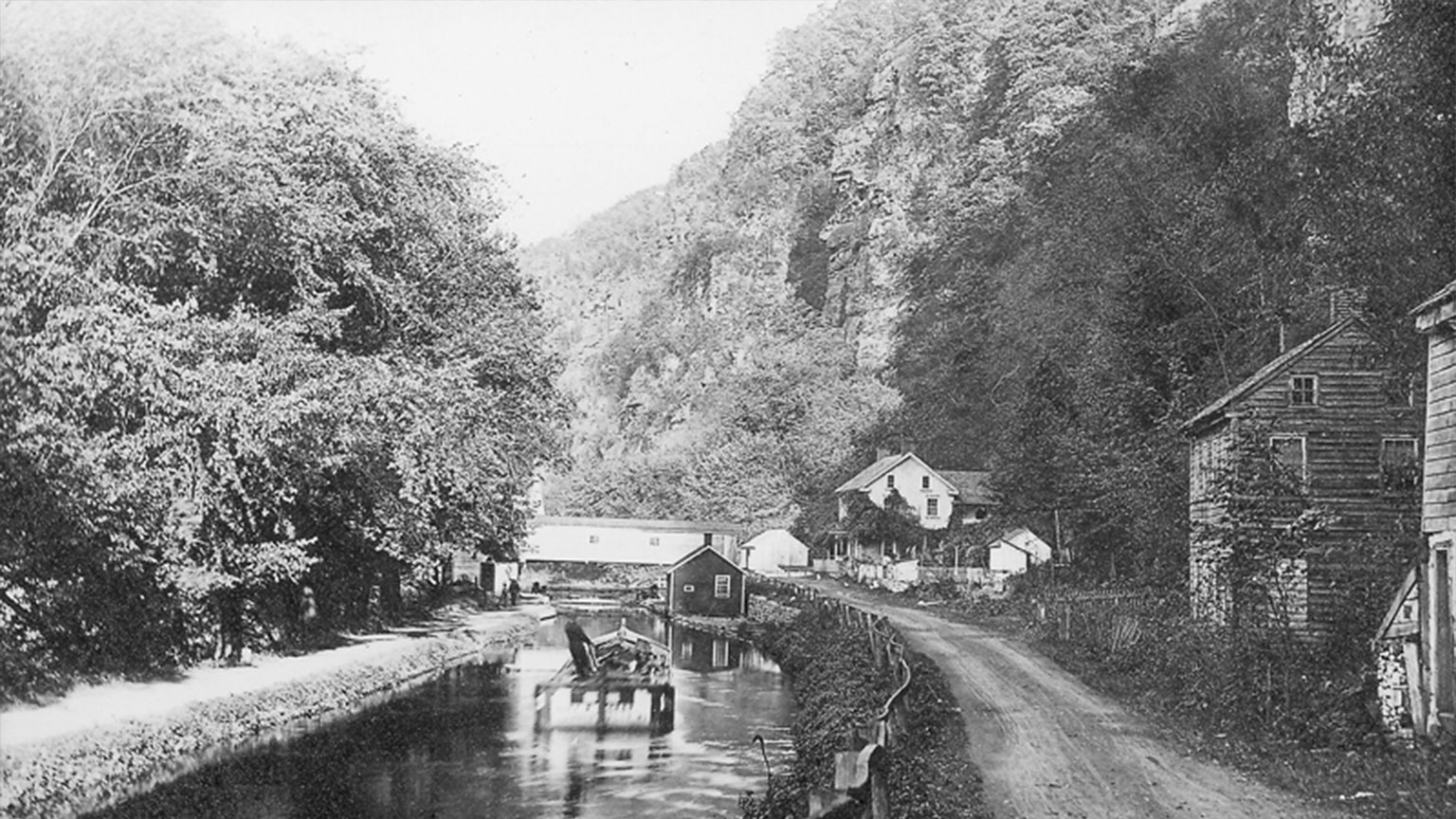 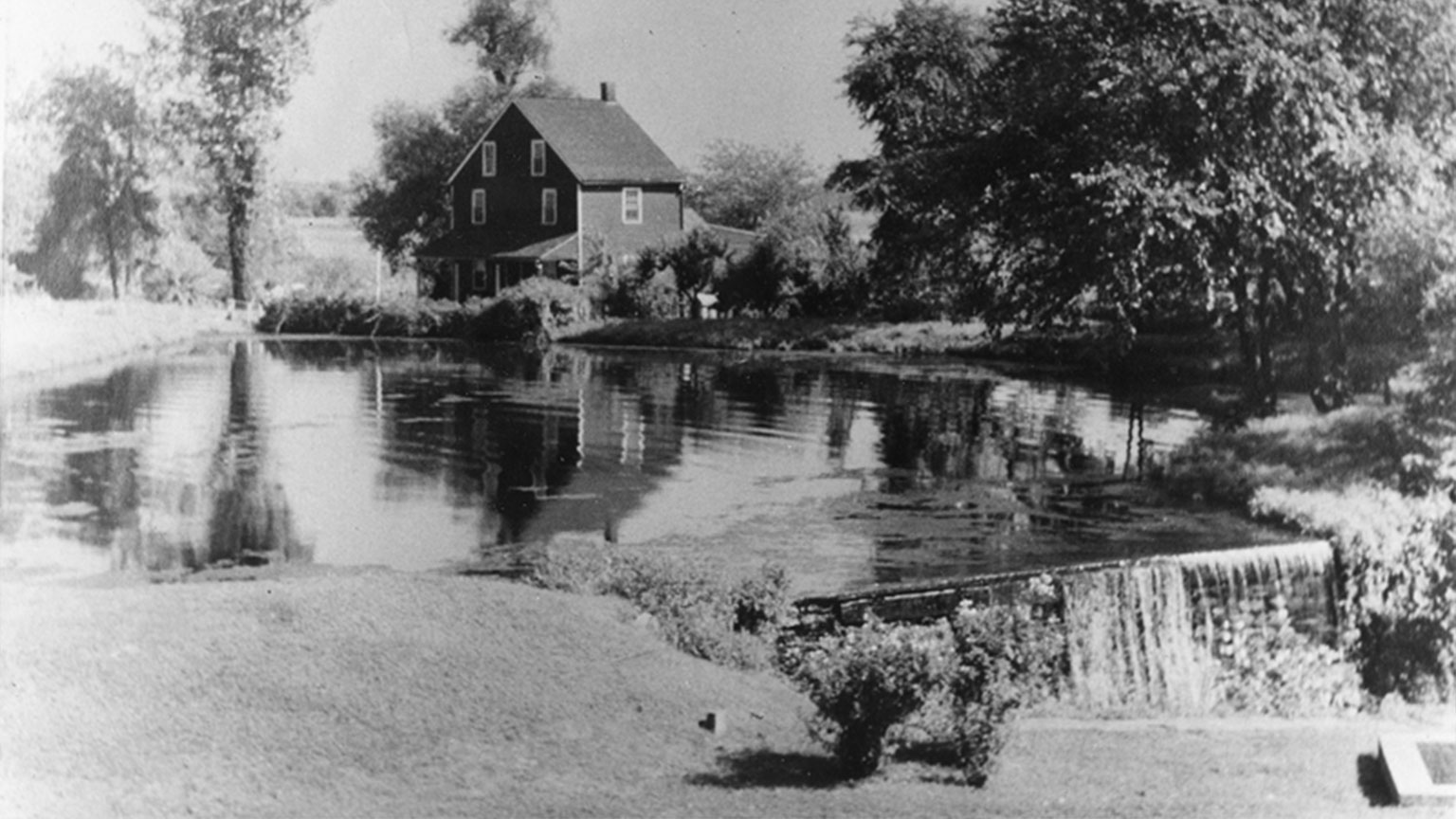 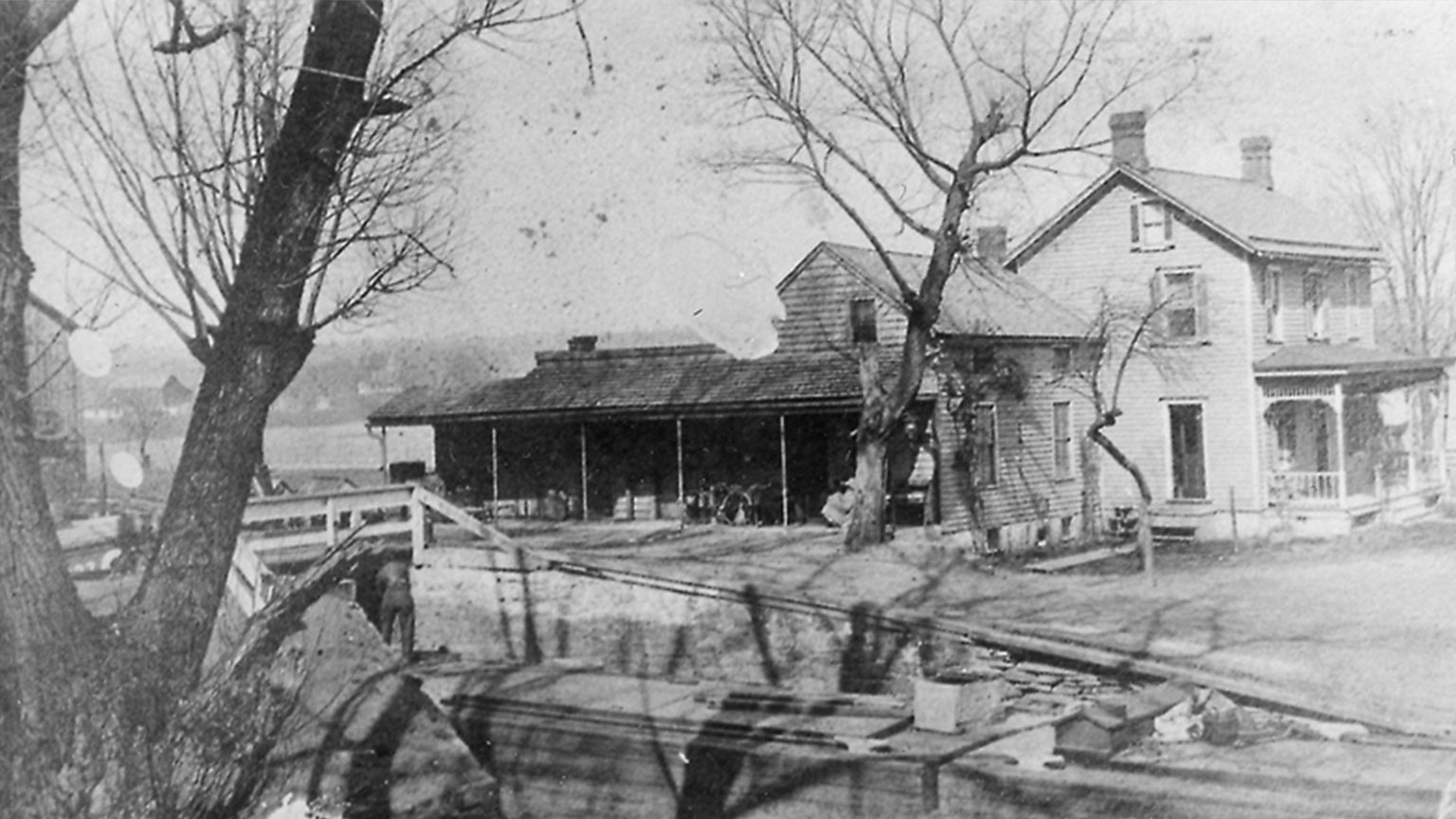 However, the lock tender house at Hugh Moore Park in Easton was the last locktender house built along the Lehigh Canal. It was built in 1928 after a fire burned down the previous house. It was built with both electricity and indoor plumbing. Lock tenders’ houses were simple, built for families, and built so that it was easy to see canal boats coming from either direction. It didn’t take but a few moments to get from the kitchen to the lock to begin “locking through” a canal boat. 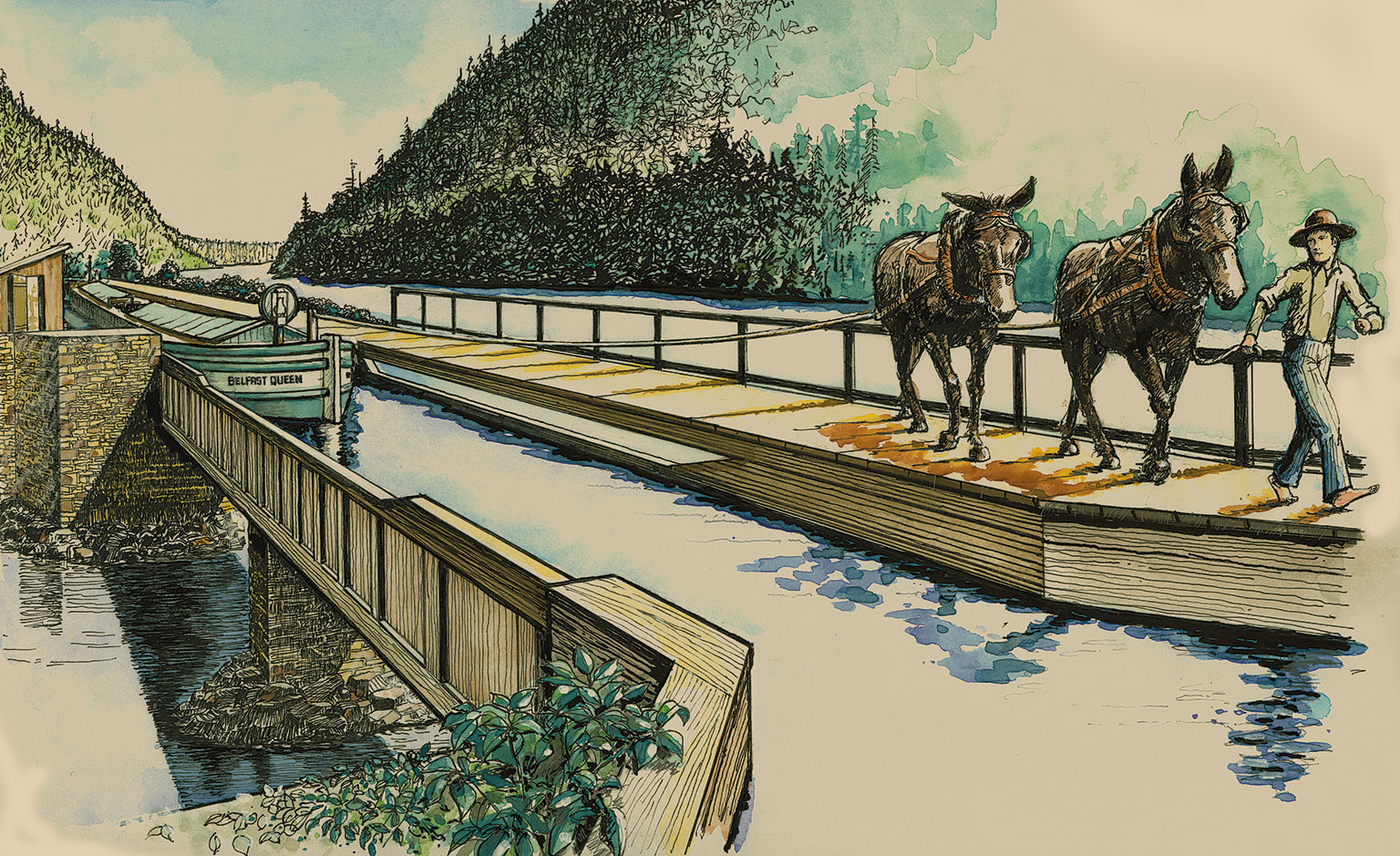 It was called the Upper Grand Section because it was high up in the Pocono Mountains and it was a large- scale building project. The LCN hired Edwin Douglas to engineer and supervise the building of a series of dams, locks and canals constructed between 1835-1838. The LCN constructed twenty dams and twenty-nine locks over the 26 miles that ran between Mauch Chunk (now Jim Thorpe) and White Haven. A total of 20.5 miles was slackwater pools backed up by the enormous dams and 5.5 miles of canal was also built along the way. 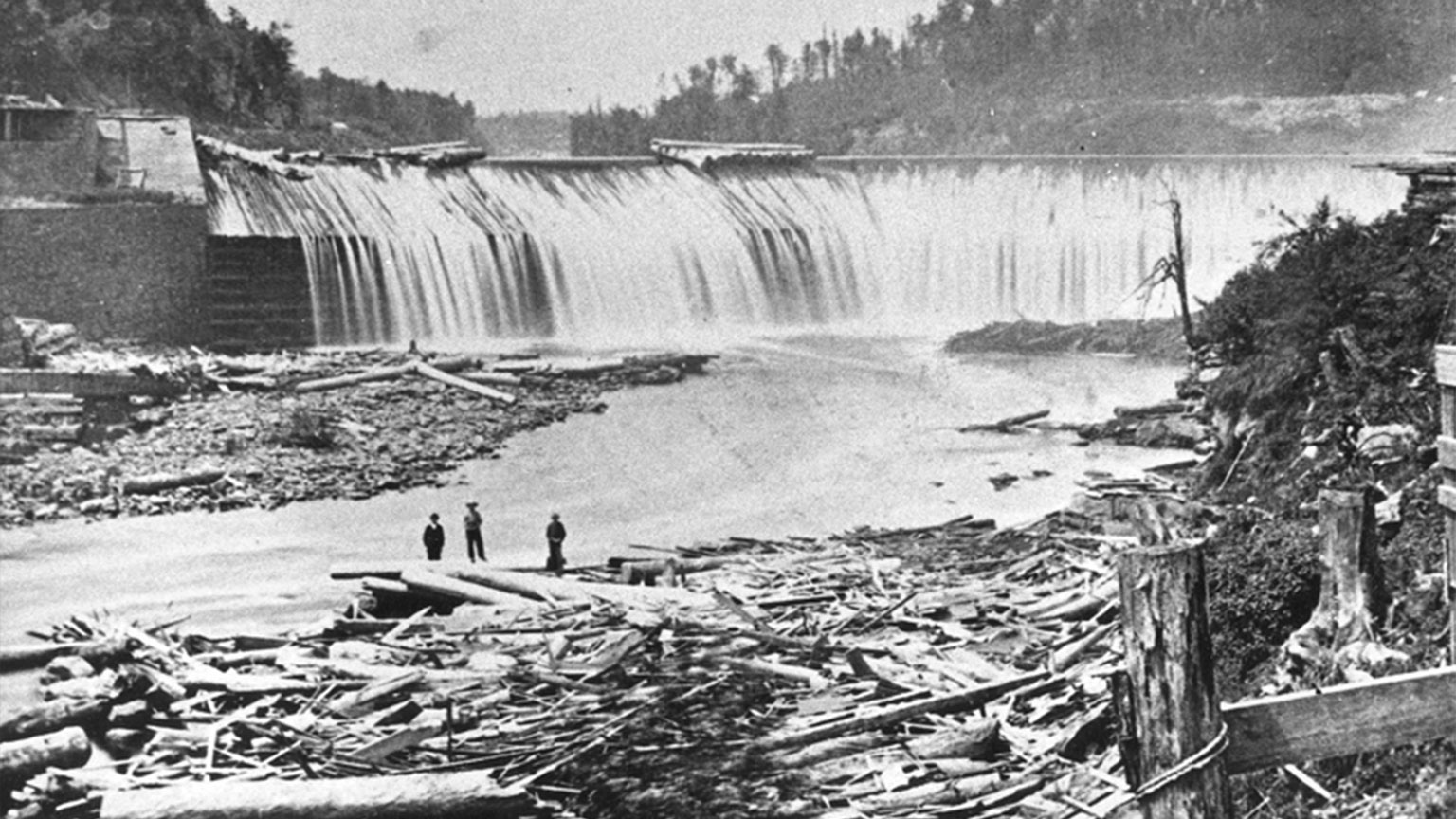 It was called the Upper Grand Section of the Lehigh Canal because the locks and dams were larger and far more impressive than the locks of the other canals. Between 1700 and 2000 laborers toiled in the cold waters of the Lehigh River to build the structures. The dams were made of huge timbers from the local forests and large rocks cut from quarries near the river. Of the twenty dams, Dam 8 near Quakake Creek stood the tallest at 38 feet. The longest dam was Dam 20 at White Haven, at 375 feet. Dam 18 south of White Haven was 306 ft long, 30 ft high and had a lock (#27) next to it that had a vertical lift of 30 ft! Wish you could go check out the spectacle? That is impossible. The whole system was destroyed in the flood of 1862.

An aqueduct is an artificial channel that is constructed to convey water from one location to another. The word is also used for any bridge that carries water. Sufficiently large aqueducts may also be usable by boats or ships. Aqueducts were used for transportation purposes to allow canal boats to cross ravines or valleys or streams. During the Industrial Revolution of the 19th century many aqueducts were constructed as part of the general boom in canal building. The Lehigh Canal had four aqueducts from Easton to Mauch Chunk and the Delaware Canal contained ten aqueducts in Northampton and Bucks county. 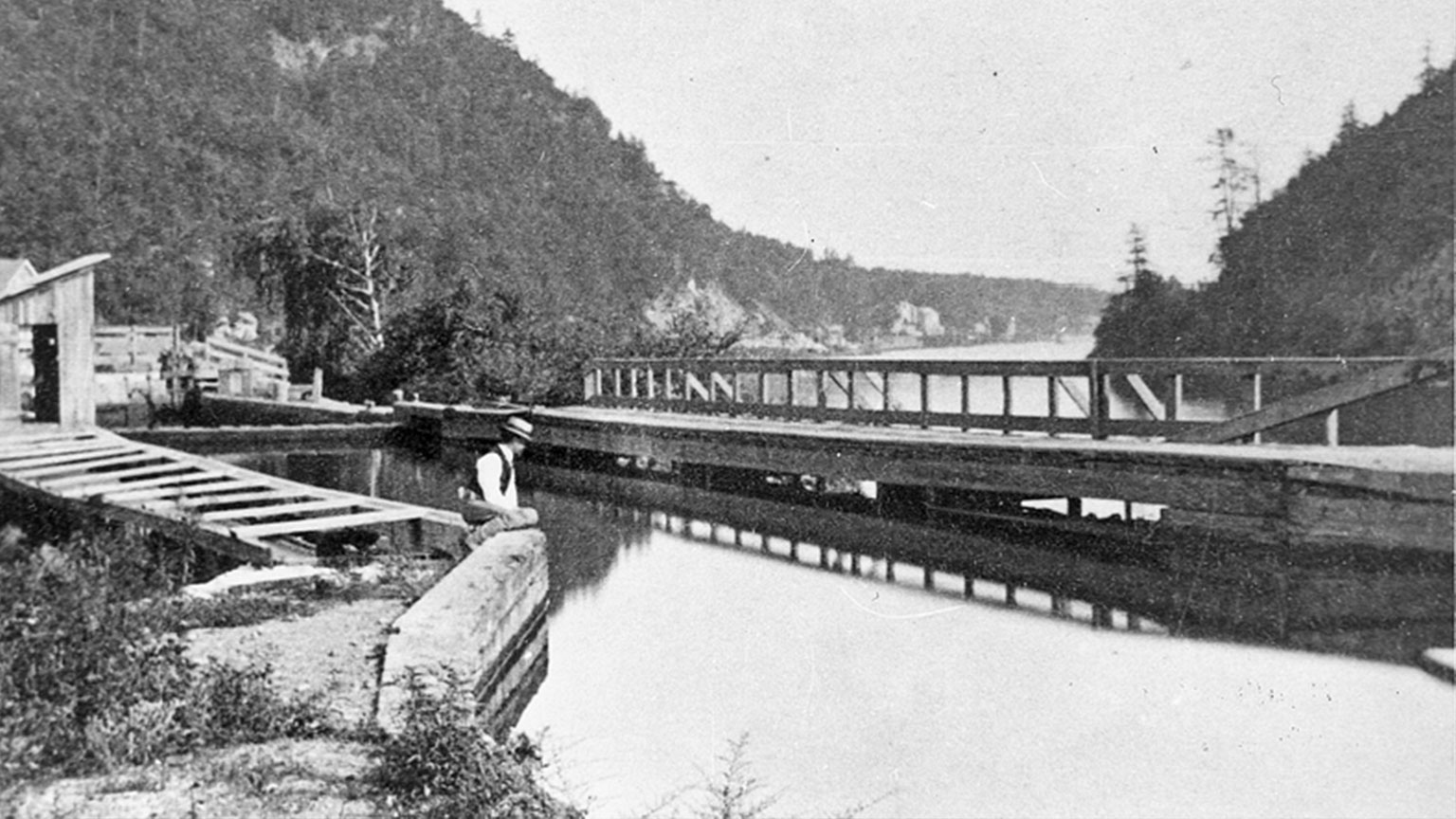 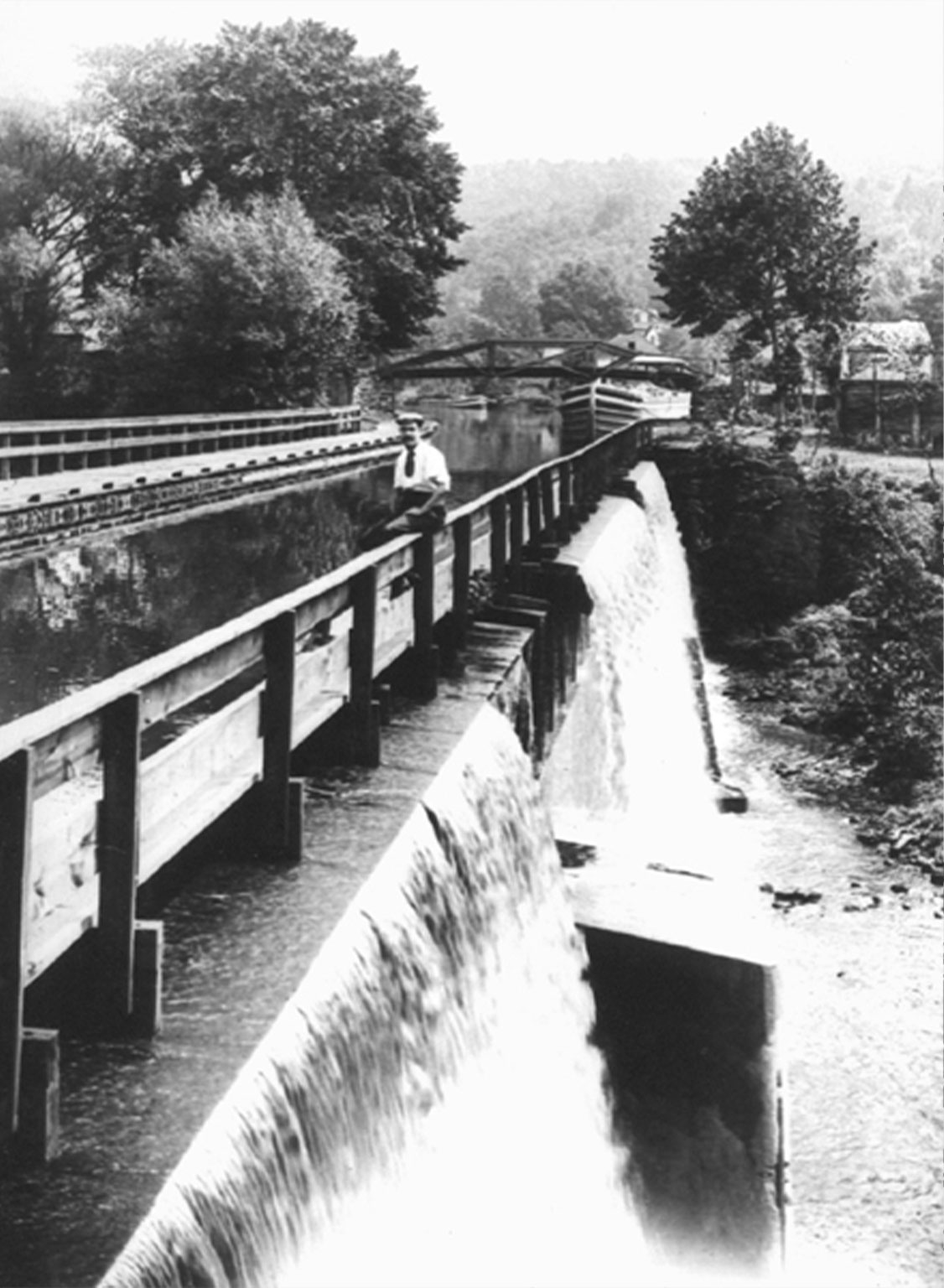 A wall built of earth or stones to hold back water from a river or creek.

Are you ready to put your chapters 12-13 knowledge to the ultimate test?