The Gorman family was headed by Fergus and Mary Gorman who met, married and lived in Belfast, Ireland. While in Ireland they had two boys, Colin and Finn. The boys were 4 years apart. Life was very difficult for the Gorman family in Ireland. When Finn was 1 year old they made a scary decision and decided to immigrate to the United States in search of a better life. Once in the United States they spent a few years setting down roots. They started out in New York City, as many new immigrants did, before moving on and settling in Freemansburg, Pennsylvania. Once they were settled they had a third child, Rose. She was the only one in the family born as an American citizen. Their family was complete, but their livelihood was still a work in progress. Fergus Gormon had a dream of becoming a captain of his own canal boat. He worked very hard to realize that dream. The majority of our story follows the Gormans on their inaugural trip running their own canal boat on the Lehigh Canal.

Finn's family was not unlike many other families. They came from Europe, specifically Ireland to start a new life. Finn's family, like most immigrants had to endure a long trip by boat and came to America with little in the way of money and possessions. Starting life here was hard and only the bravest people immigrated to America to try their luck in the New World. Learn more about Ireland.

From the 1850s through the early 1900s thousands of immigrants arrived in the United States and lived in New York City. The Gorman family would not have come through Ellis Island because they arrived before Ellis Island existed, they would have come through a place called Castle Garden. Many of these immigrants came through Ellis Island. It made sense to stay in New York City, after such a long trip many people had to find housing and a job as quickly as possible. They first came from Ireland and Germany and later from Italy, Eastern Europe, and China, among other places. Because most immigrants were poor when they arrived, they often lived on the Lower East Side of Manhattan, where rents for the crowded apartment buildings, called tenements, were low. Life in the crowded streets around the tenements was loud and busy. Most families needed every member of their family working to try to make ends meet. Neighborhoods were loud, crowded, and dangerous. The tenements themselves were the same. They were also unsanitary and often unsafe. Many people who found themselves living in these parts of New York City spent their whole lives there while others chose to move on to other parts of the country. Learn more about New York City. 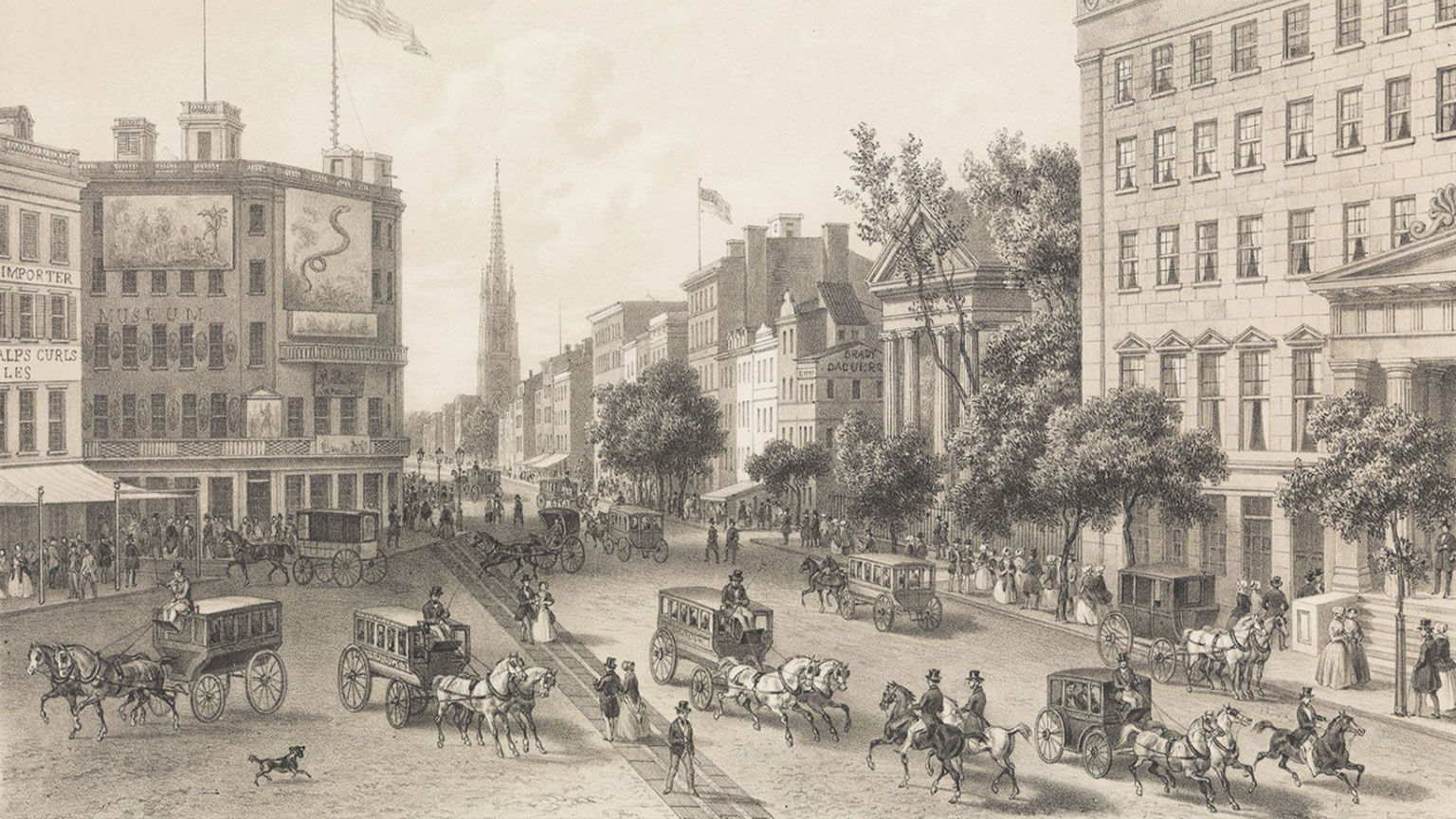 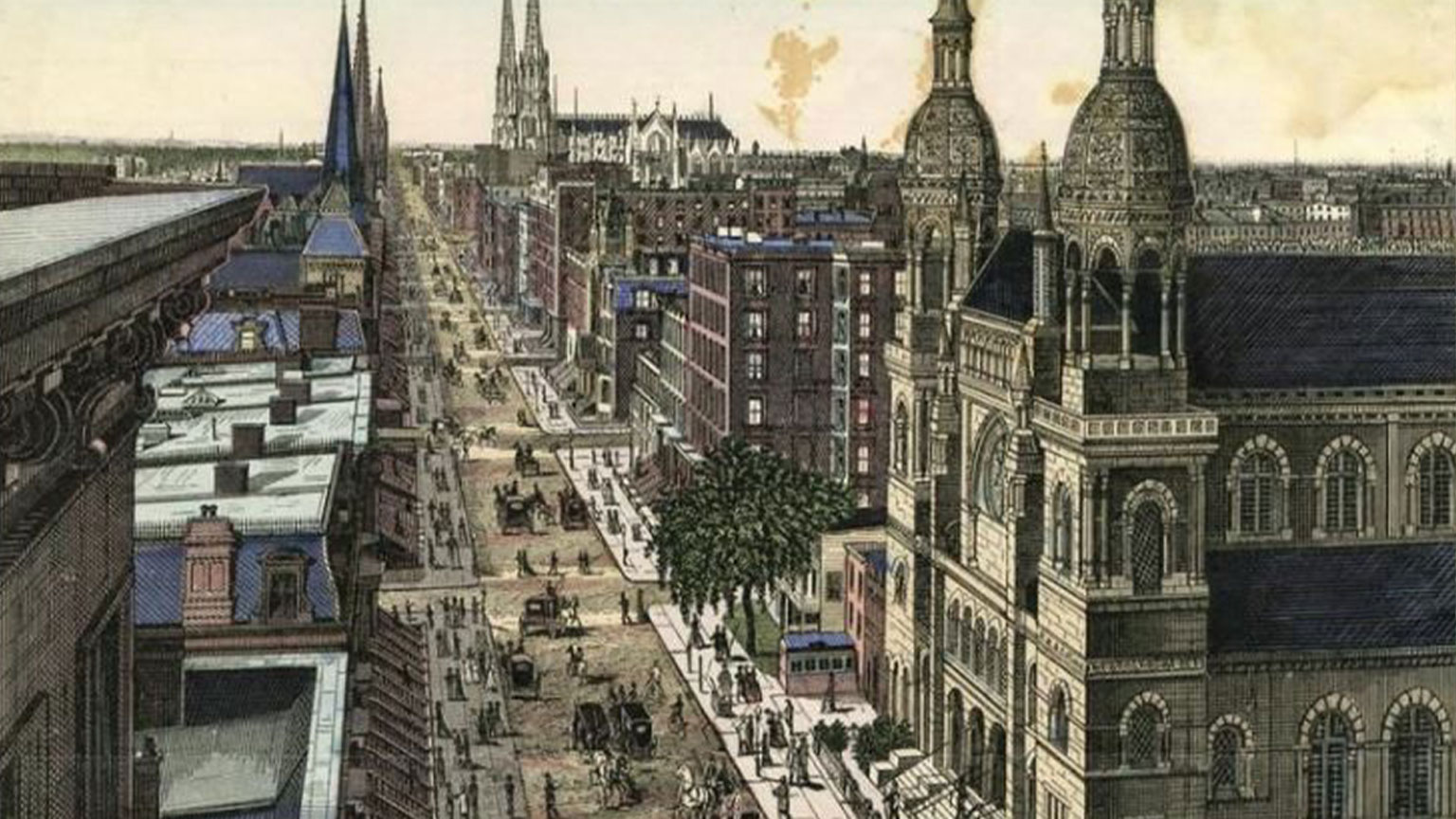 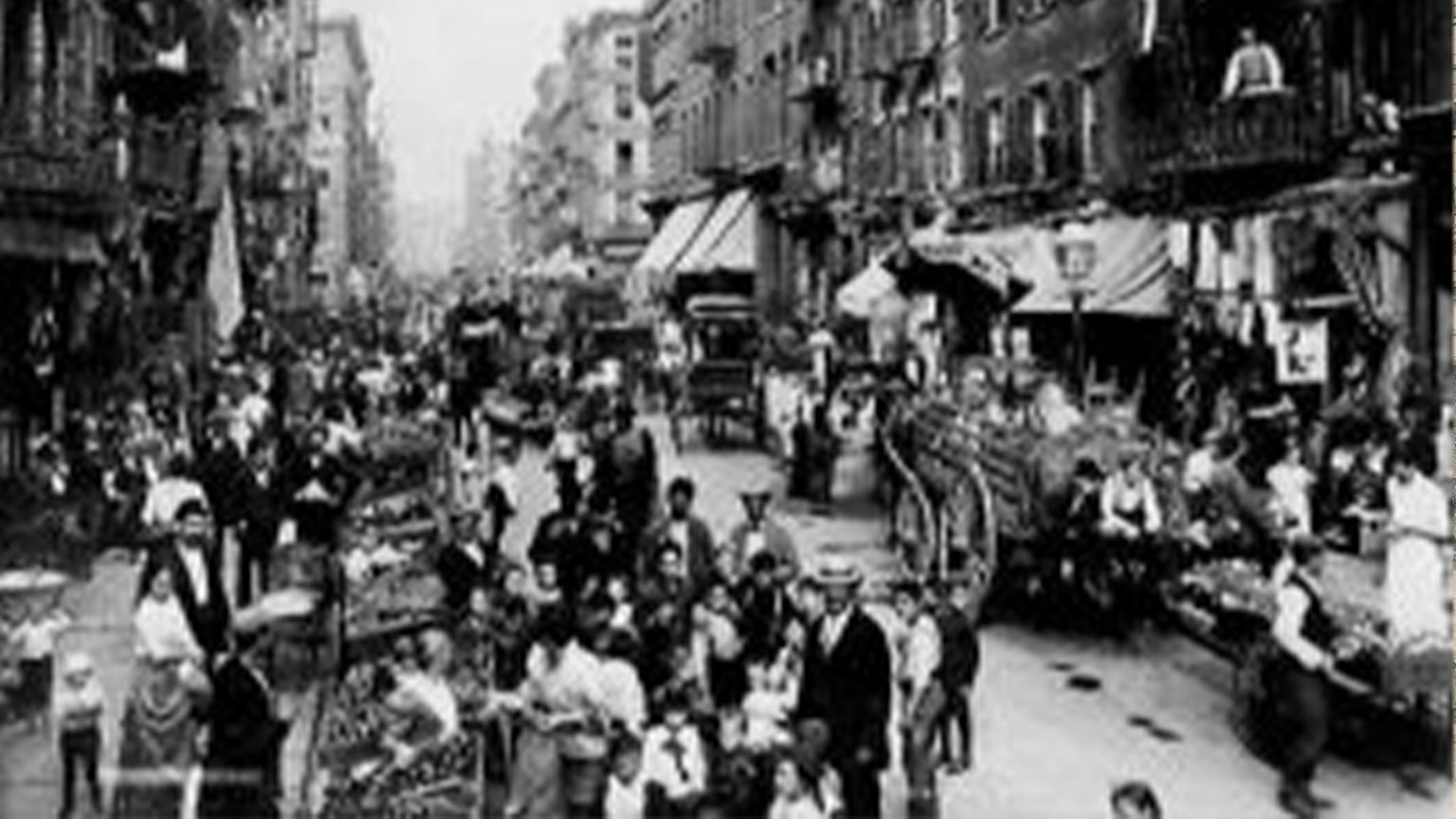 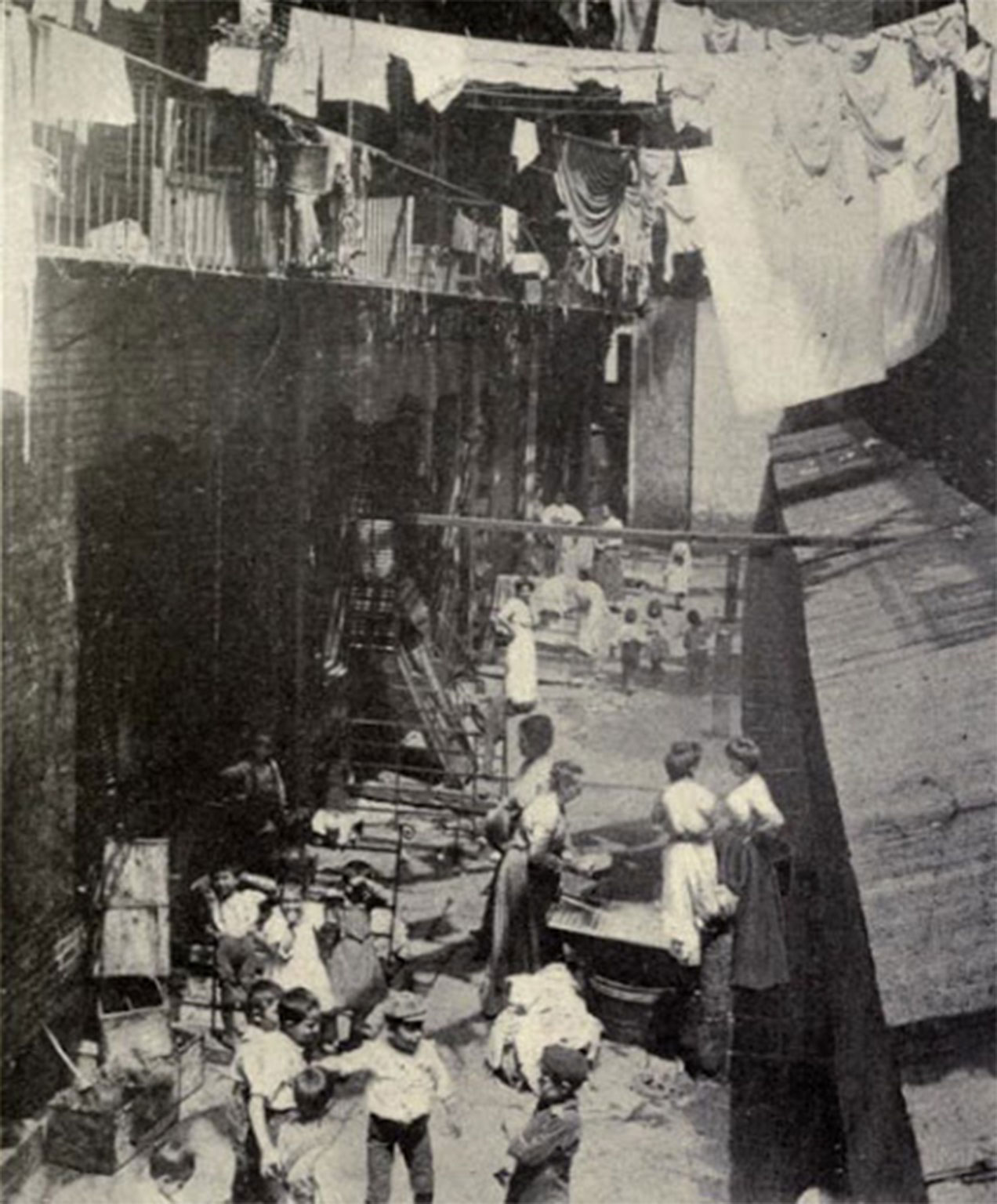 Making Their Way From New York City to Freemansburg

Nineteenth century cable ferries were basically rafts that crossed the river by means of an overhead wire cable or an underwater chain cable. A wooden platform formed the base of the ferry and huge wooden aprons hinged to the platform at either end were lowered to the river bank for loading and unloading cargo, and raised when the ferry was ready to set off across the water. Different methods were used to propel the ferries across the water. Some were pulled across the river with a cable, others propelled themselves using a chain laid along the river bottom, and still others used the current of the river to propel them across. Learn more about Freemansburg. 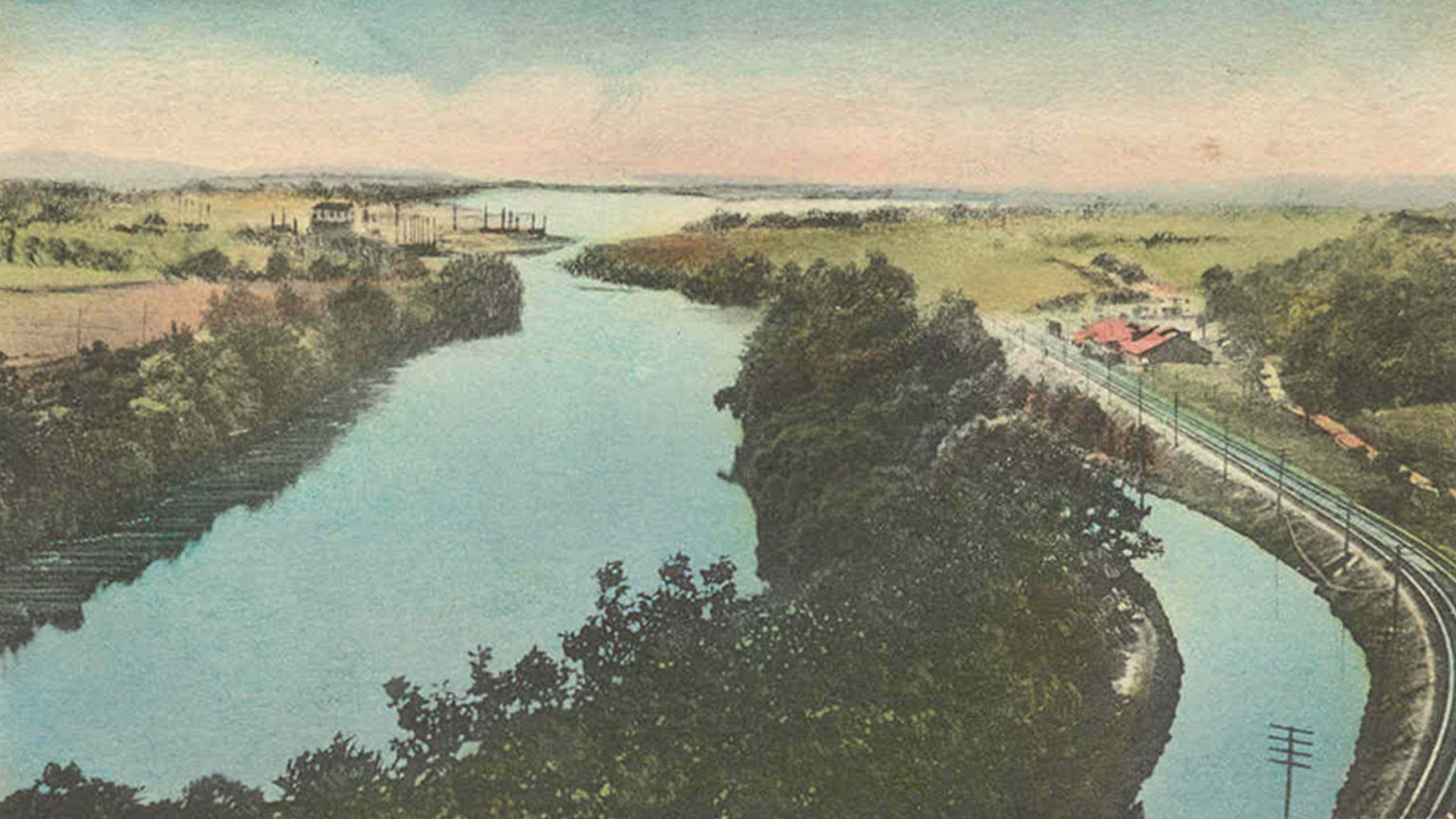 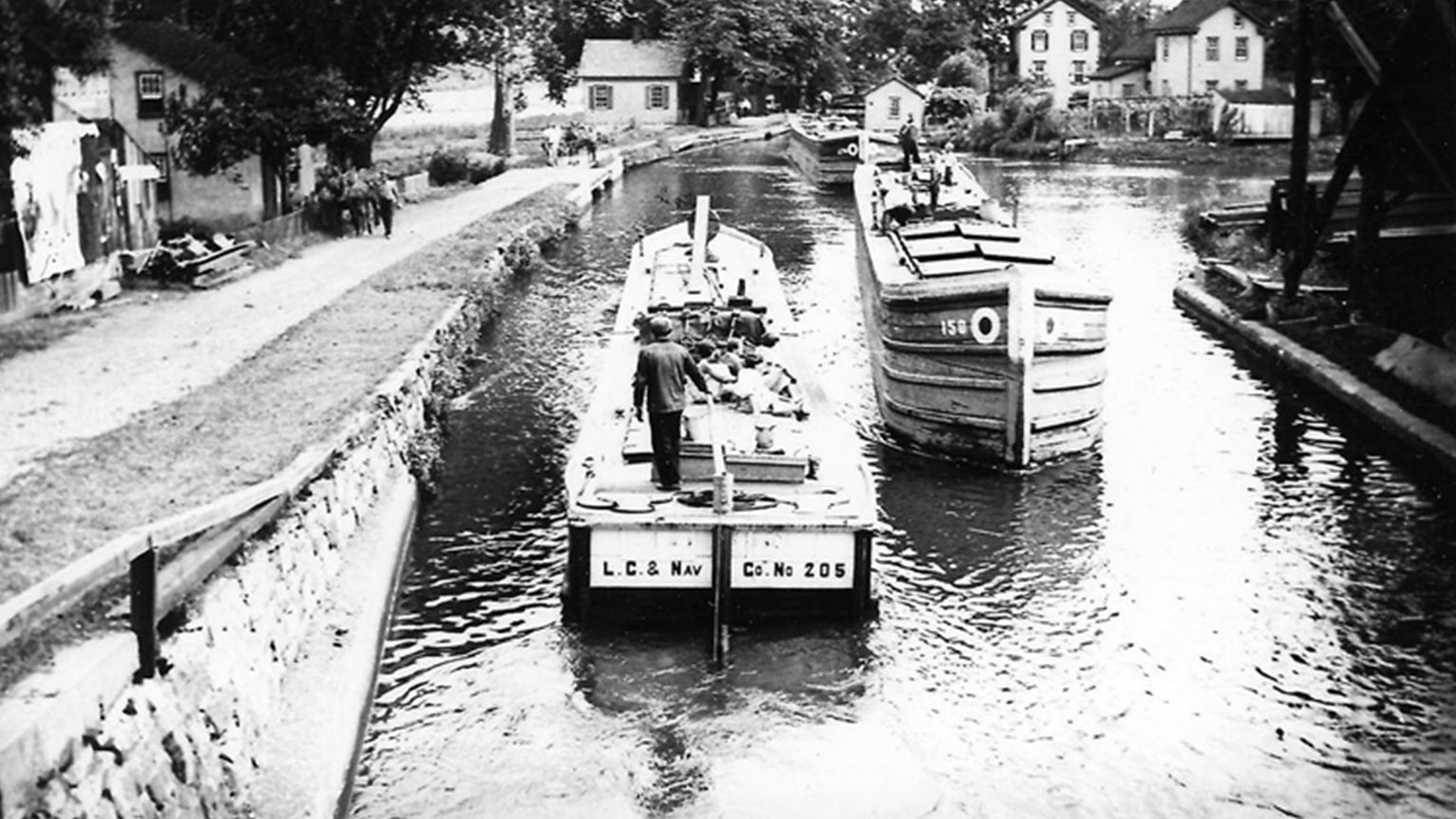 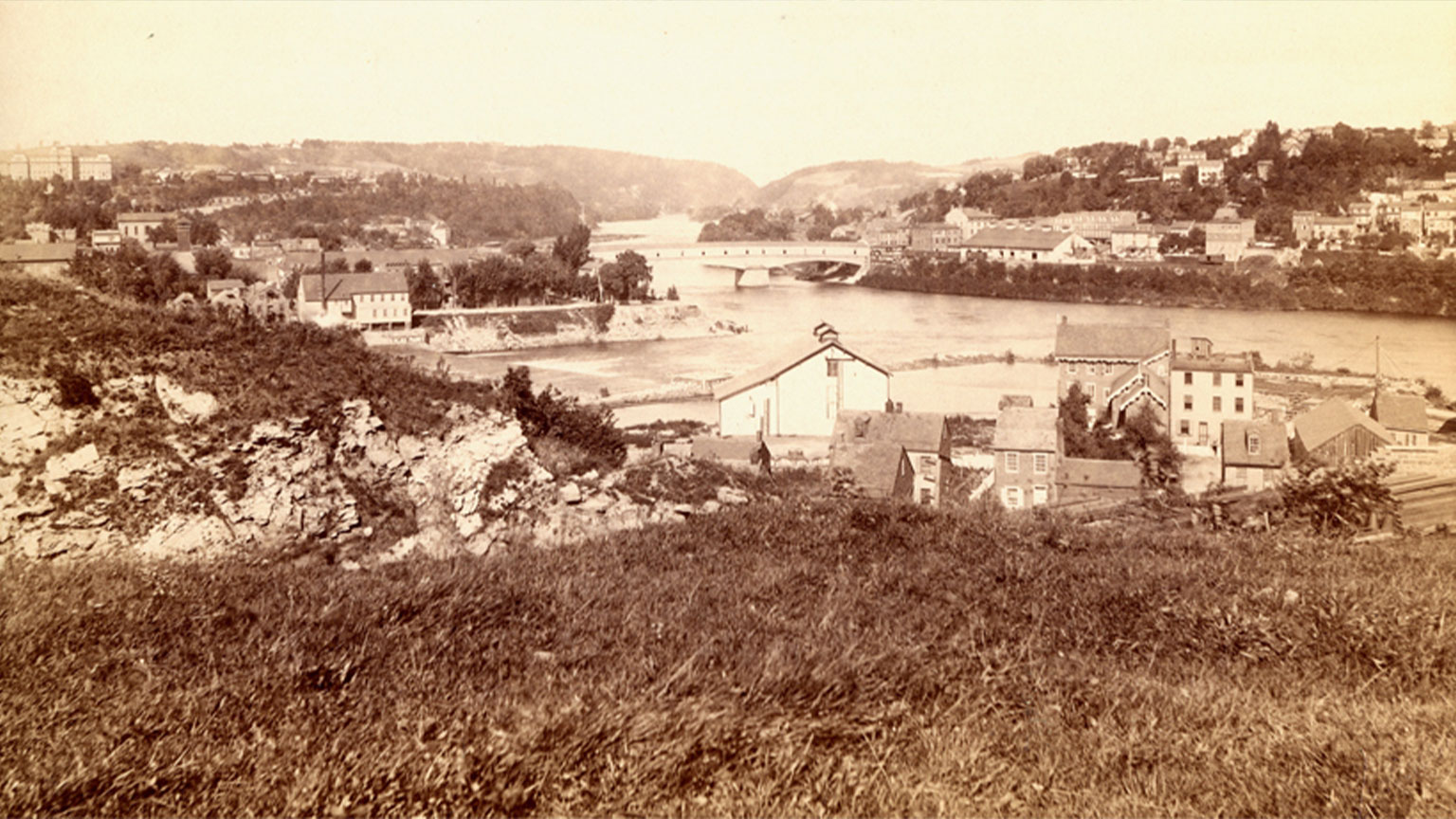 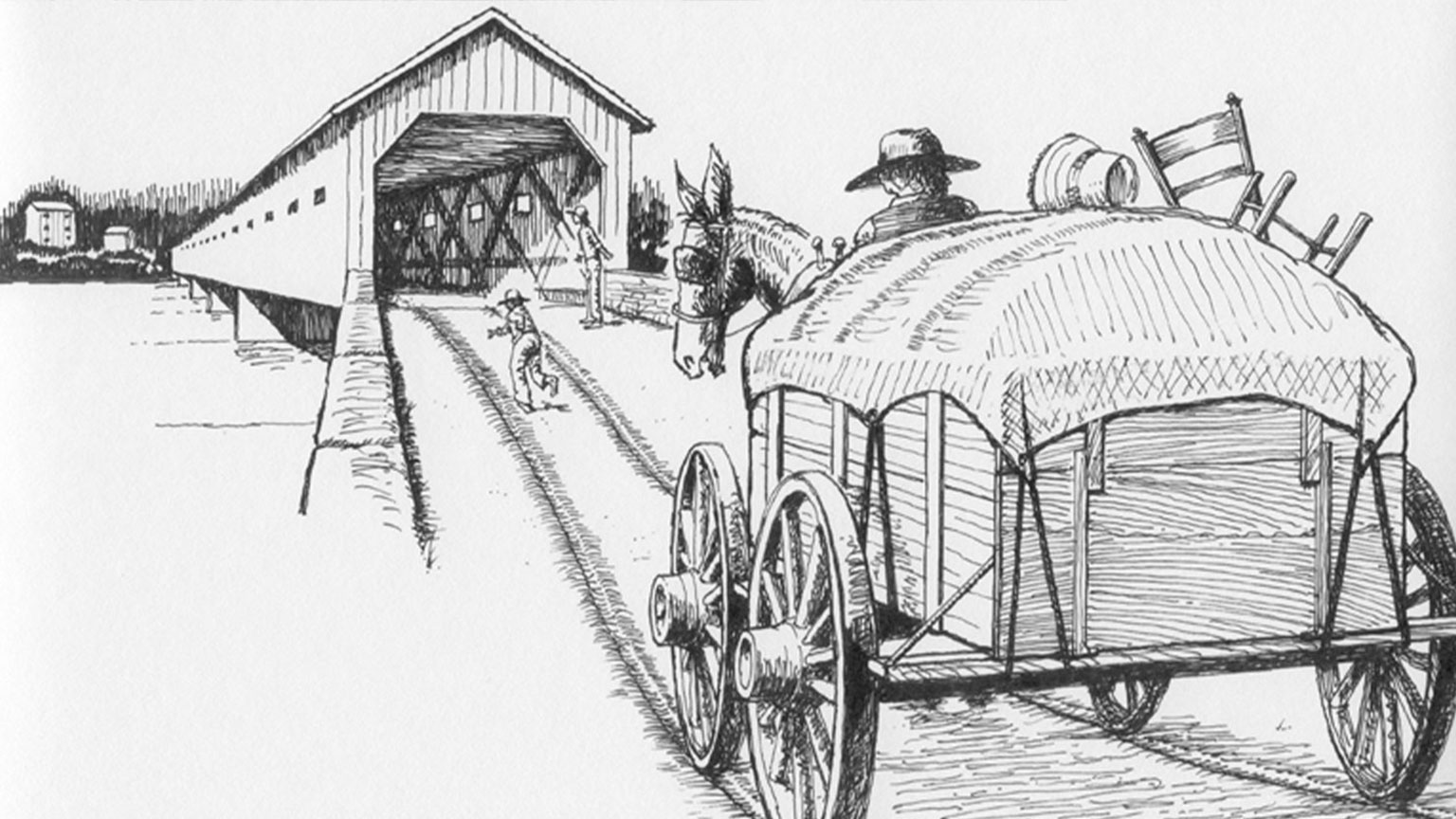 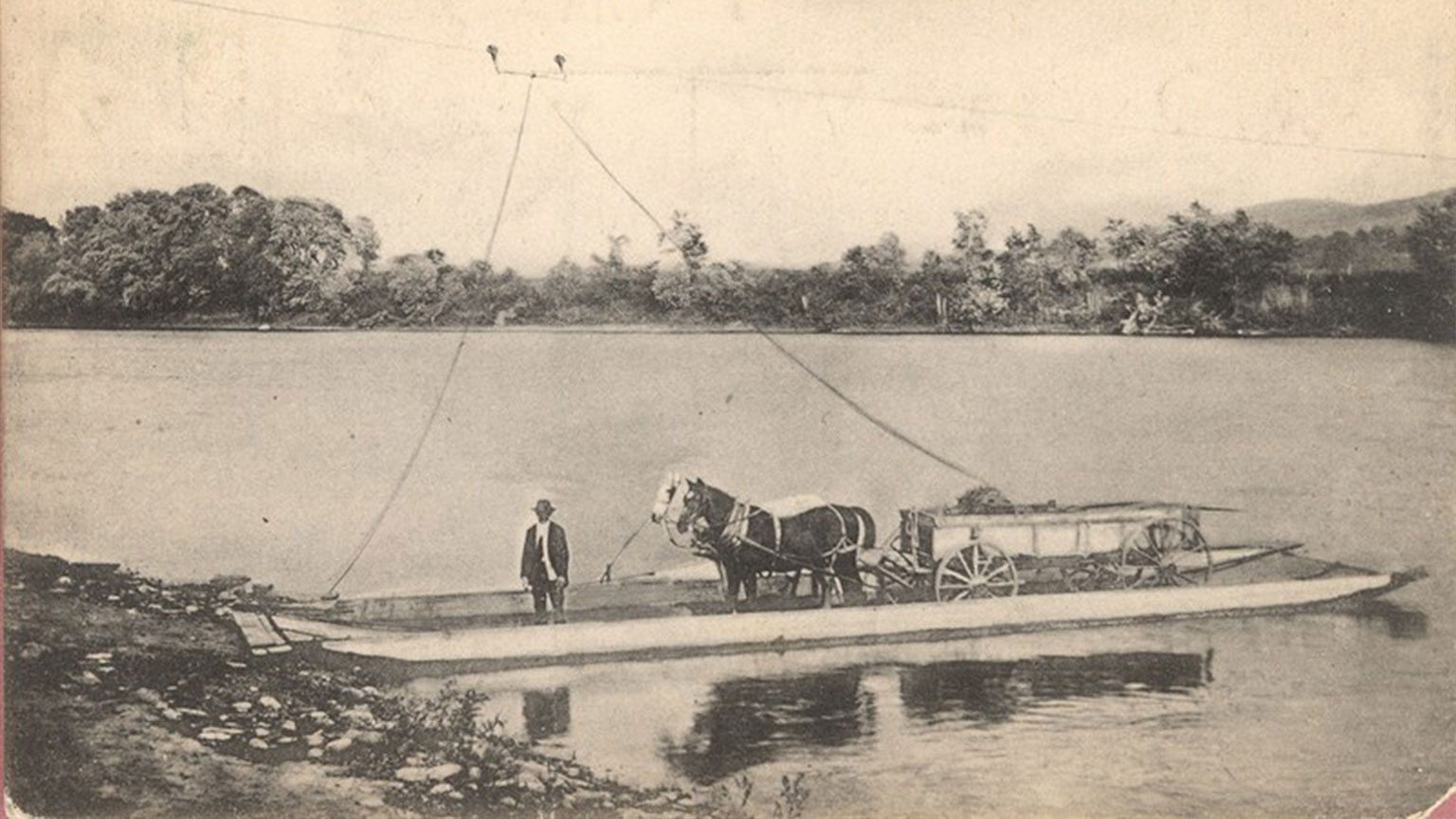 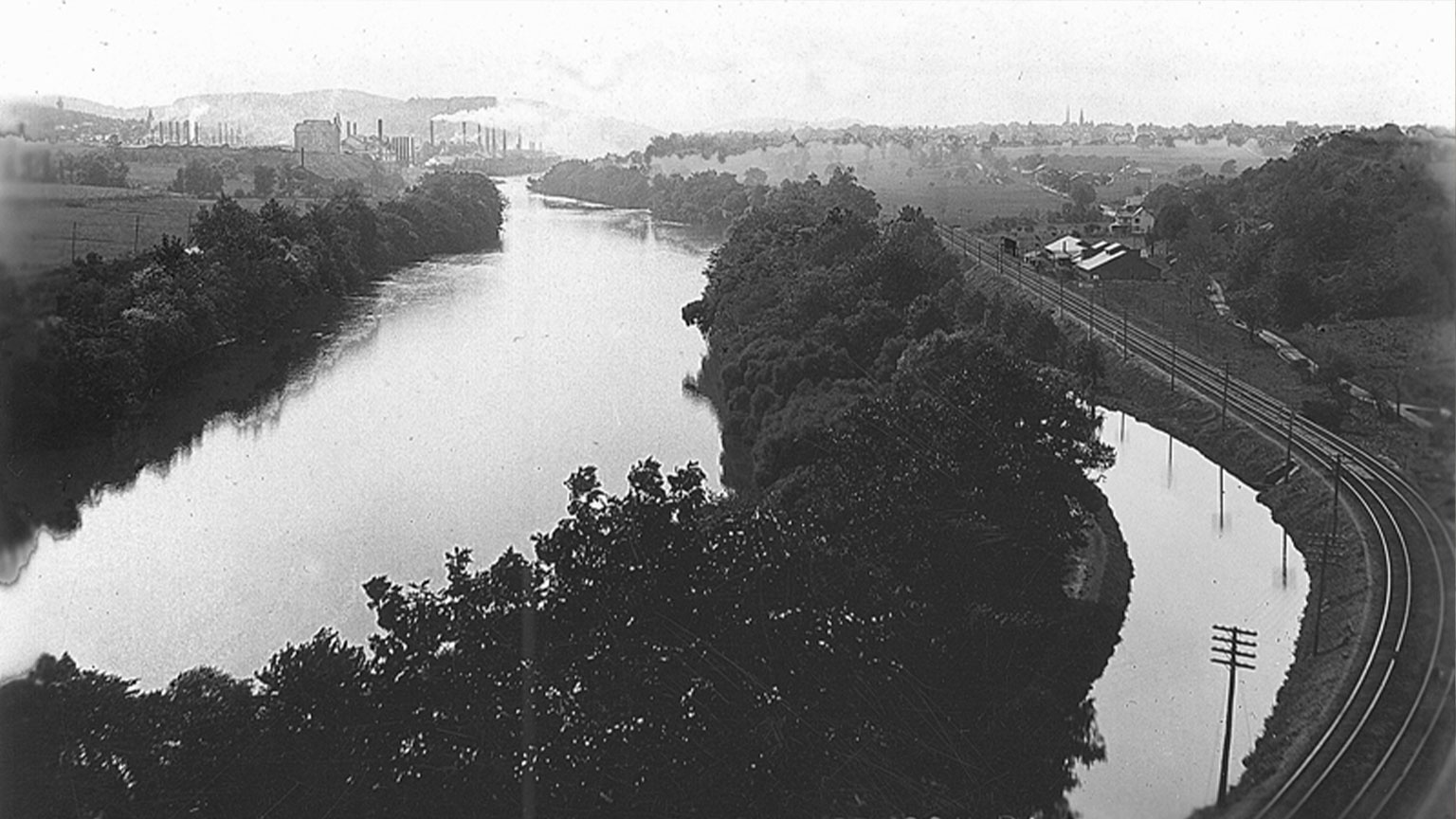 Shimersville had developed into a small community by the mid-nineteenth century. The town center was located on Applebutter Road. By 1851, the town included the mills, a store, a tavern, and several dwellings. The 1855 Scott map of Easton and its vicinity depicts the town dwellings, Shimer’s Woolen Mill, Knecht’s Grist and Saw Mill, and a schoolhouse. The 1890 federal census reportedly included 20 dwellings, a schoolhouse, a blacksmith shop, and the fulling mill. Shimersville was likely the first town that the inhabitants of the Applebutter Road area turned to for goods and services. For items not available there, they would probably have traveled on to Bethlehem to the west or Easton to the east.

By 1920, the community’s heyday had passed. At that date, it was described as "a small gathering of dwellings that in the early days was a place of some importance." Beginning in the 1920s, with the expansion of Bethlehem Steel’s industrial operations, Shimersville’s mills, houses, and other buildings were displaced by a substation, a water treatment plant, and the ever widening road network and associated bridges necessary to serve the steel and other local industries. But for a few mill walls, it has disappeared from the landscape. Learn more about Shimersville. 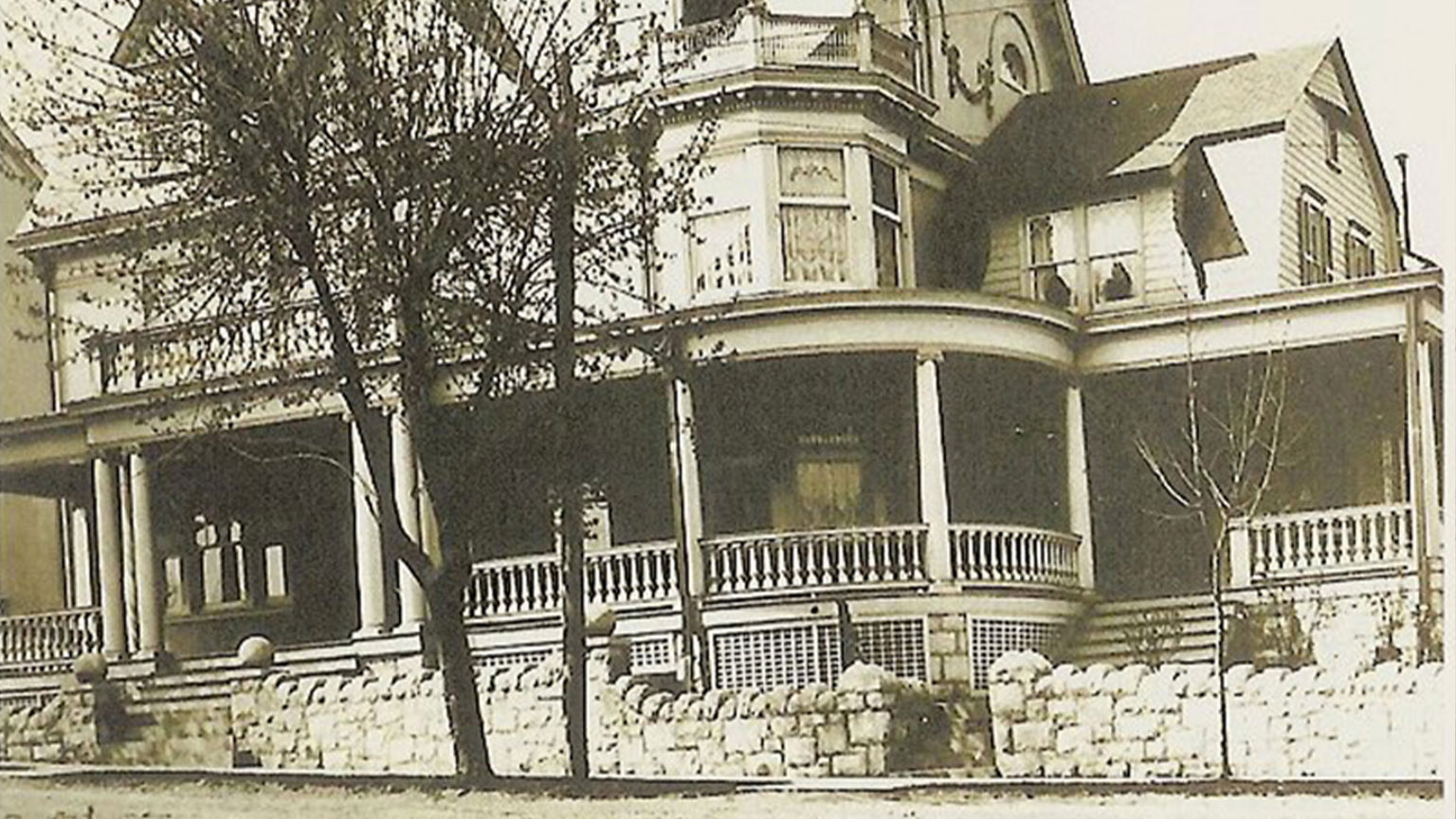 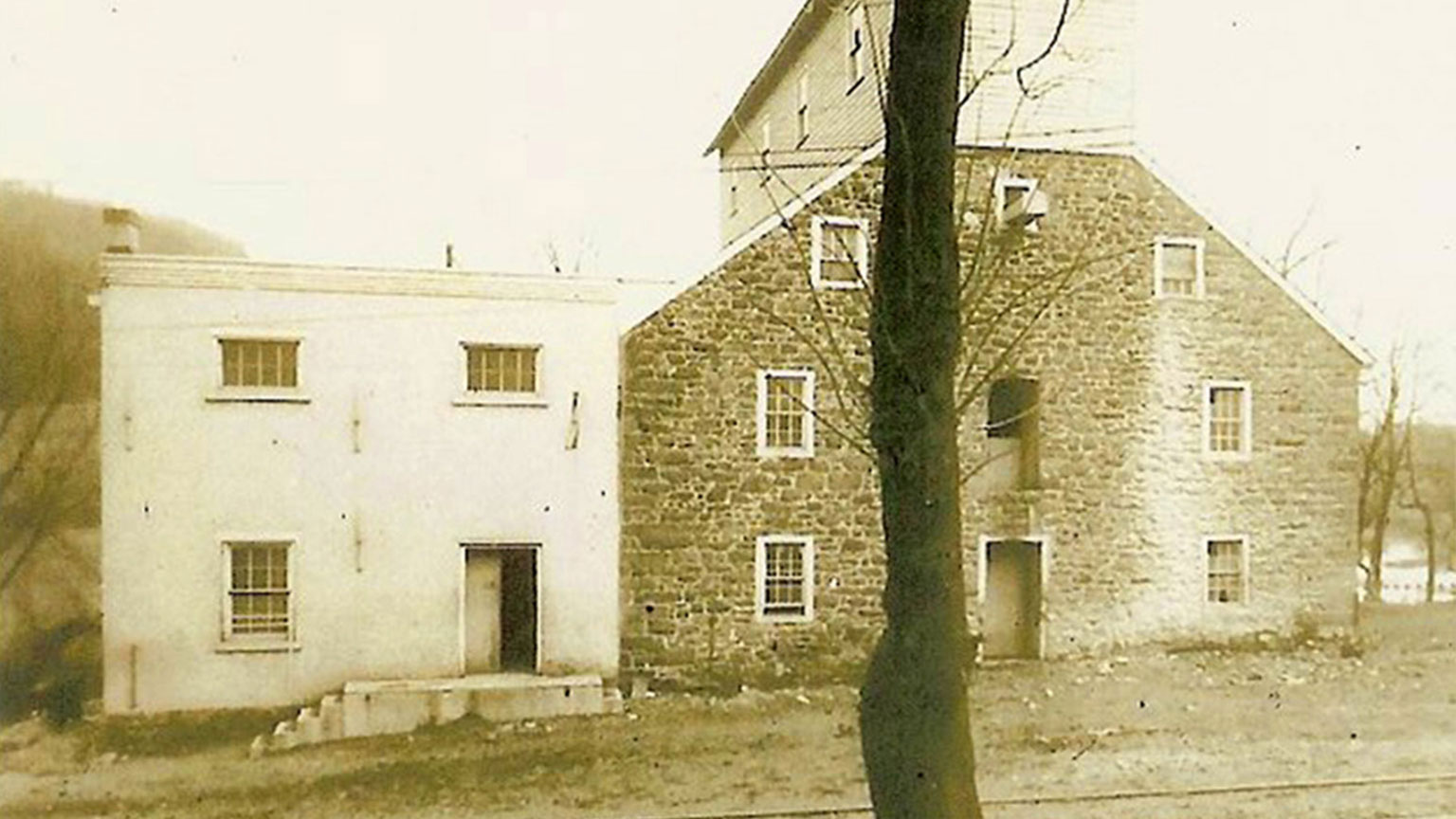 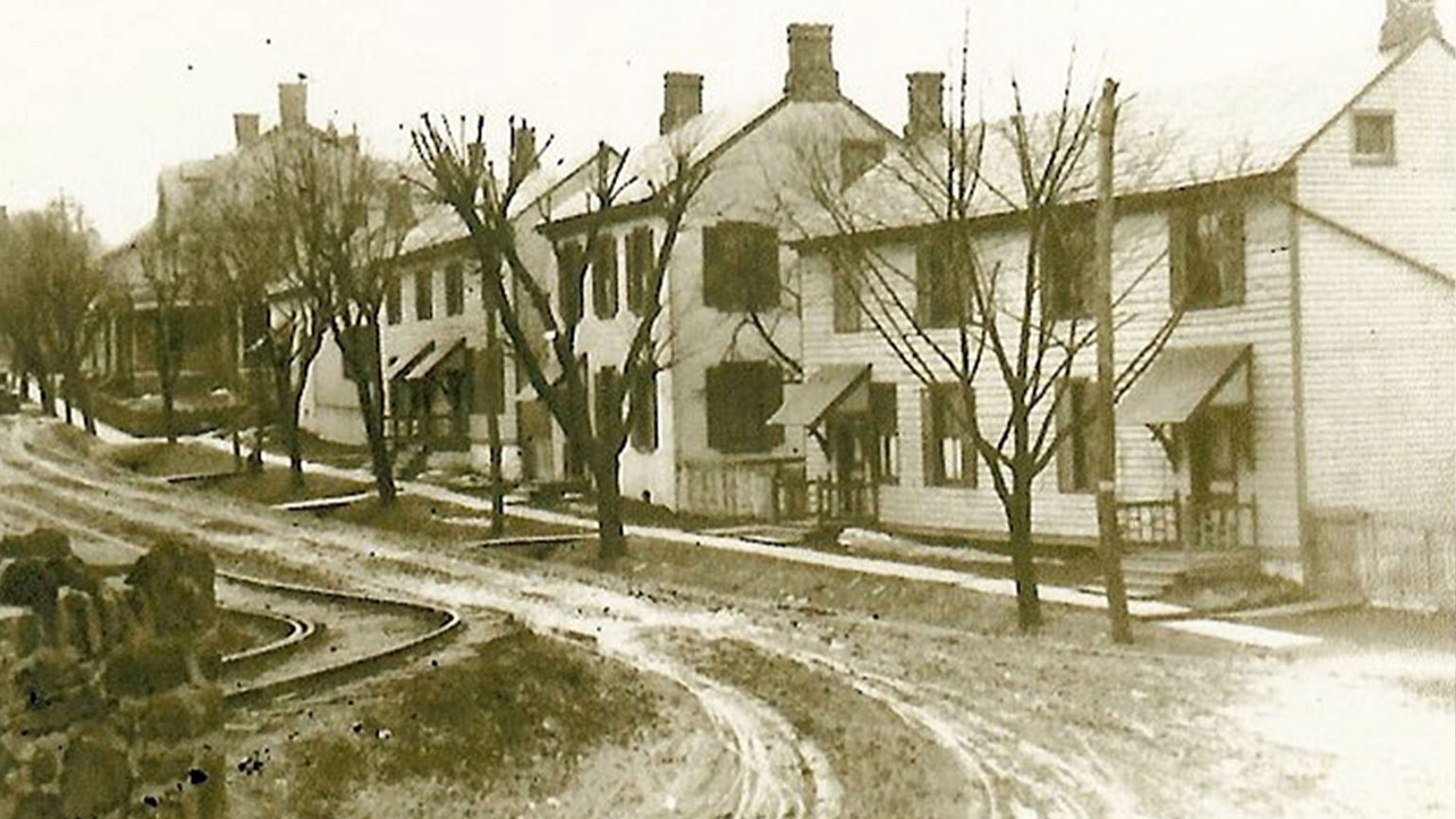 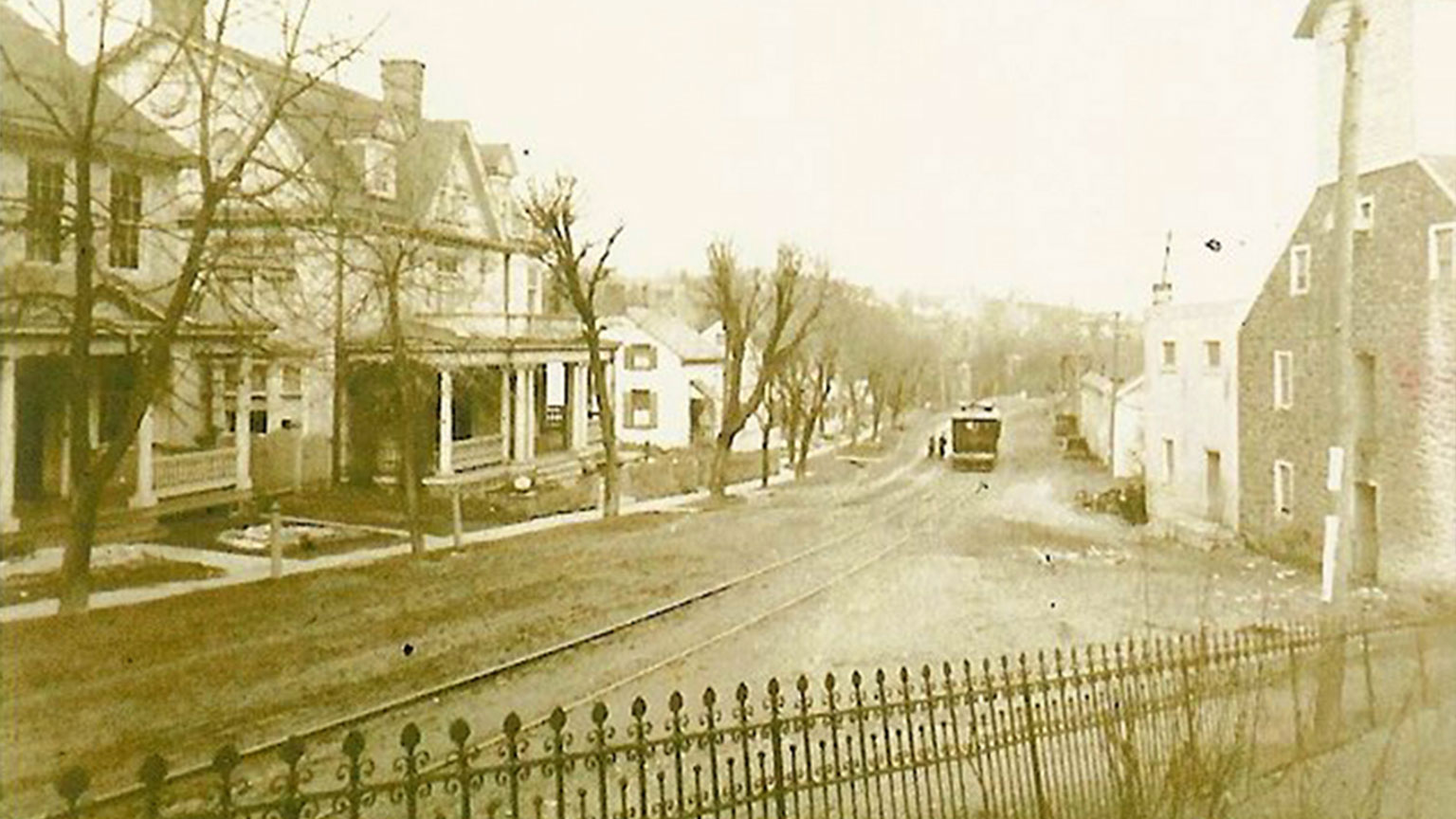 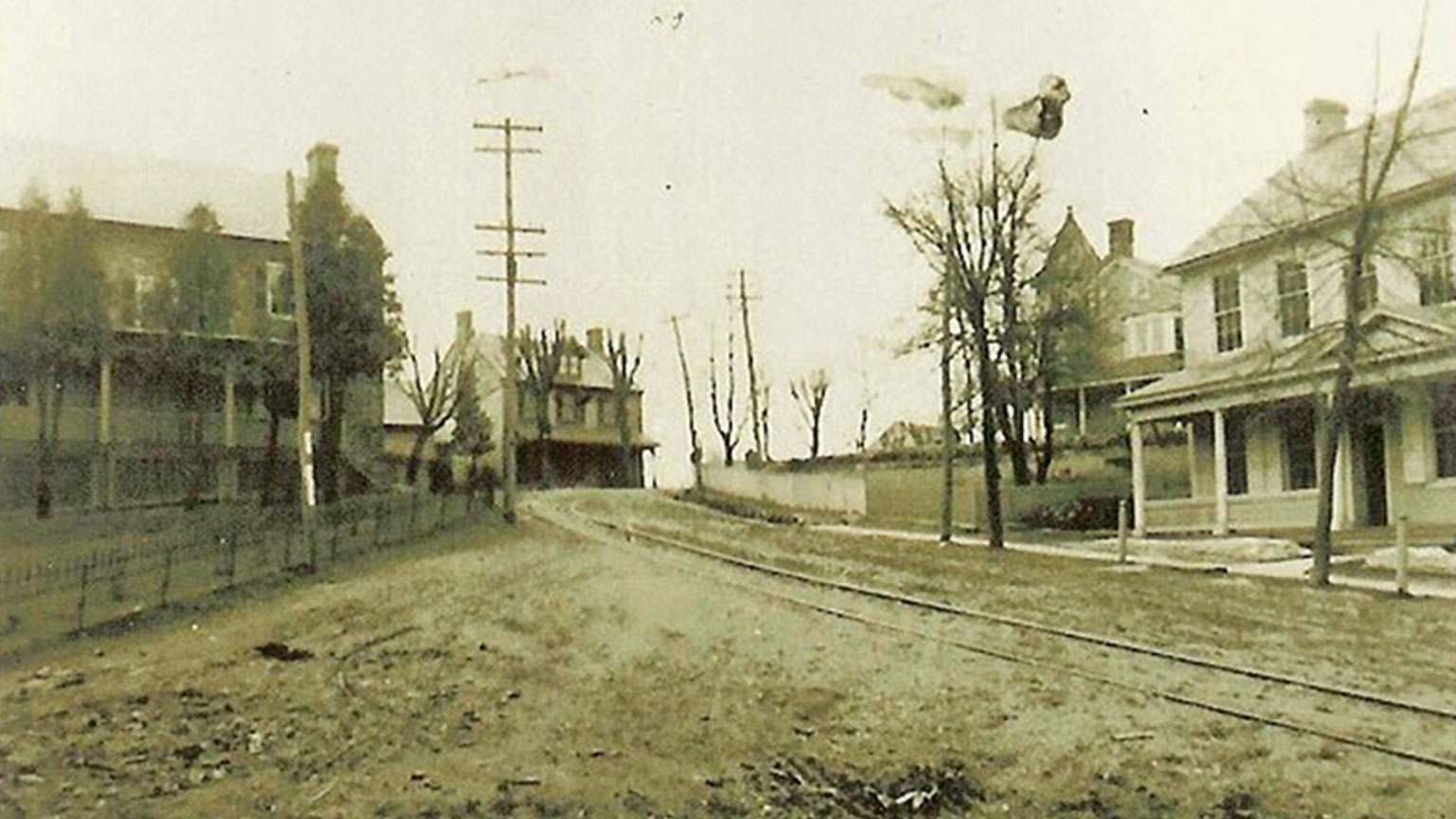 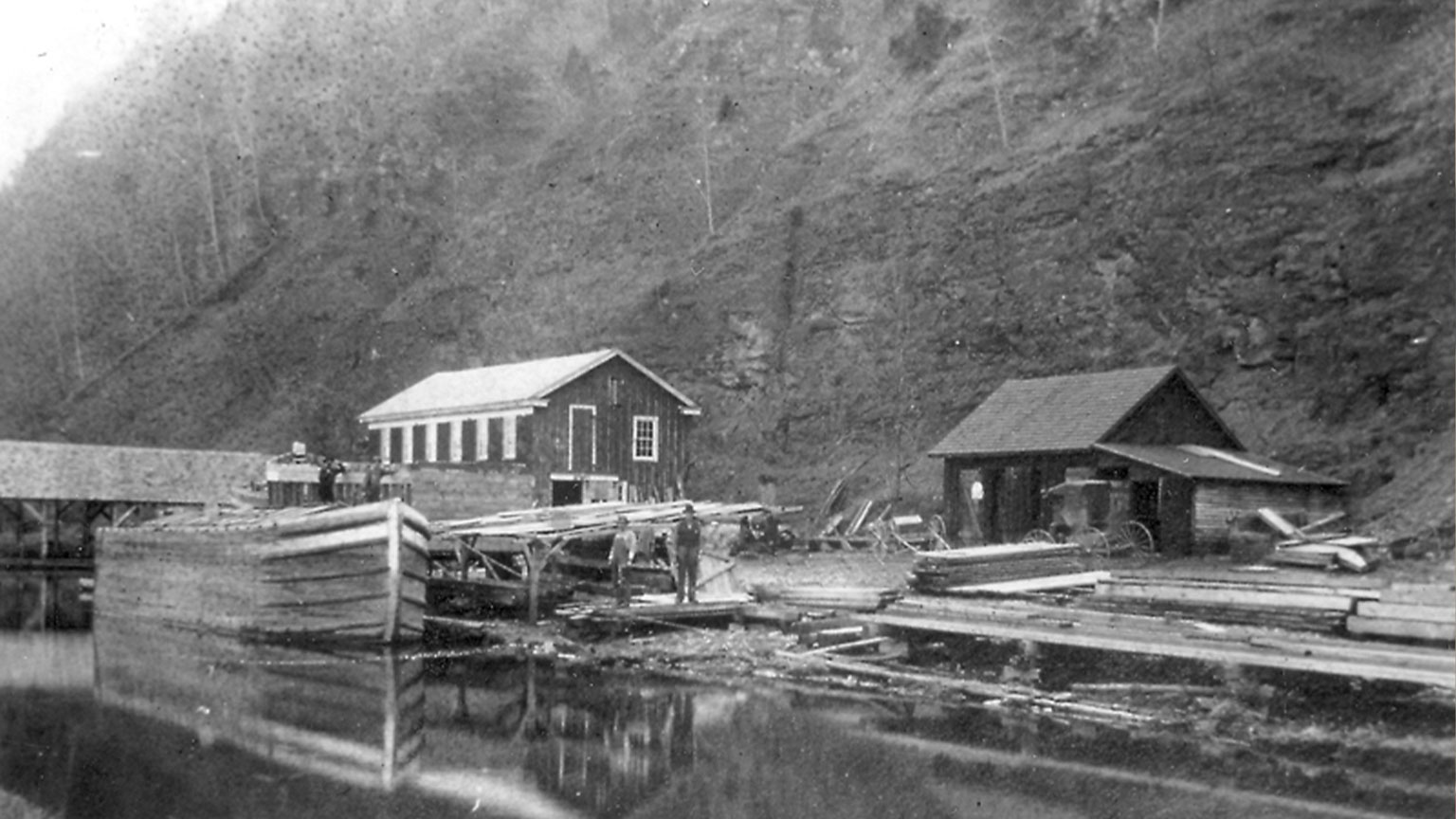 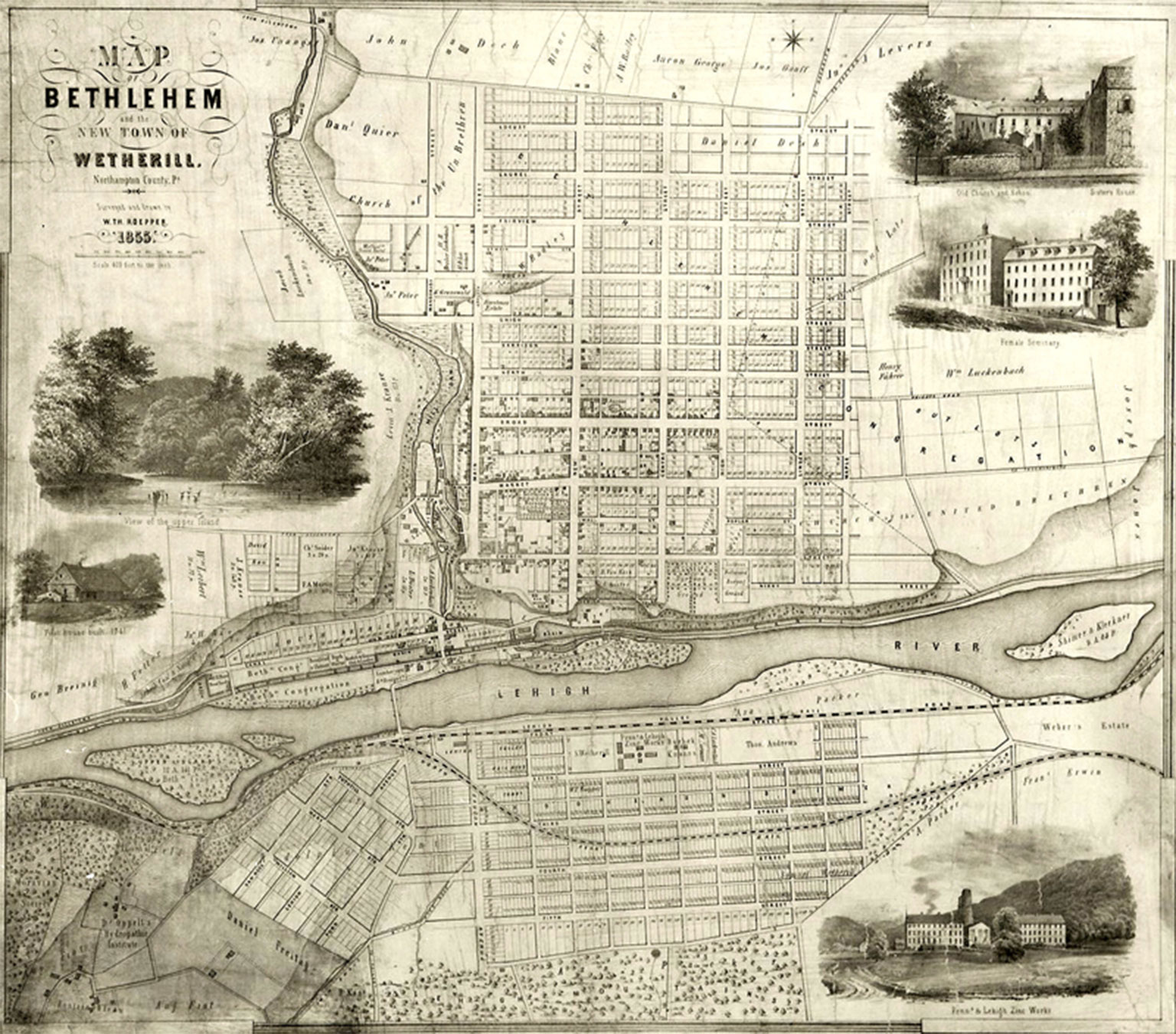 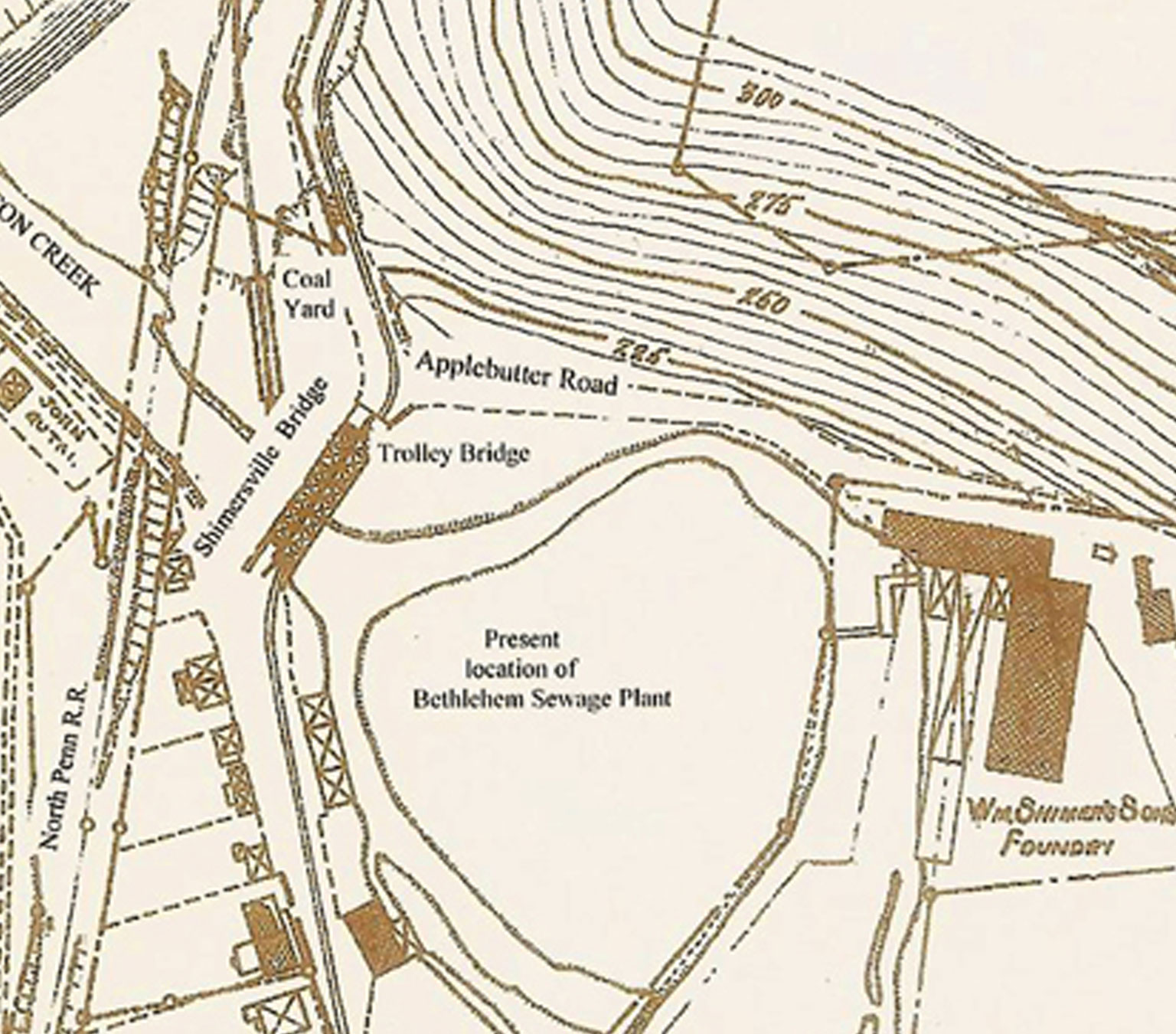 What is a Mule? A mule is a sterile cross between a male donkey, or a jack, and a female horse. When a stallion is mated with a female donkey, or jenny, the result is a hinny. Mules have been bred for centuries as riding, work, and driving animals, and were widely used throughout Europe and the New World until the automobile began to replace equines as a transportation method. The mule is prized as a work animal because it is intelligent, surefooted, and rugged. Mules can endure hot weather and difficult working conditions which could injure horses, but they are not as difficult to manage as donkeys. Mules are also known for being stubborn, but they are unusally patient and gentle with beginning riders.

Iron worker who makes horseshoes and parts for machines and household use.

Boat to take people across a river where there is no bridge.

A famine in Ireland that lasted from 1845-1852. It was responsible for the death of 1 million people and another 1 million people were believed to emigrate because of this. It is thought that the population of Ireland decreased by 20-25% during this time.

A building where iron, a common metal, is melted and molded into usable materials and objects.

Kept food from freezing in the winter and kept food cool in the summer so that it would not spoil. These cellars were usually dug into the ground, fortified with wood or stone and then had a wooden door placed over the hole in the ground. Root cellars were often found out in the yard of a home.

A person who practices the craft of stonemasonry, which is the shaping of rough pieces of rock into accurate geometrical shapes and then arranging them together with mortar to form structures such as houses or barns.

Apartment in a building that is usually crowded or rundown.

Are you ready to put your chapters 3-5 knowledge to the ultimate test?

Prev Section
Falling Back In Time
Next Section
Preparing The Queen