The Lutz Franklin School in Lower Saucon Township, Northampton County is the same school attended by Finn Gorman. Its use as a school dates back to 1768. When Finn attended it was called the Franklin School; the name Lutz Franklin came later in the 1800s. Today, teachers and students can step back in time to experience the learning environment of those who attended the one room school house during the 1930s through the 1950s. 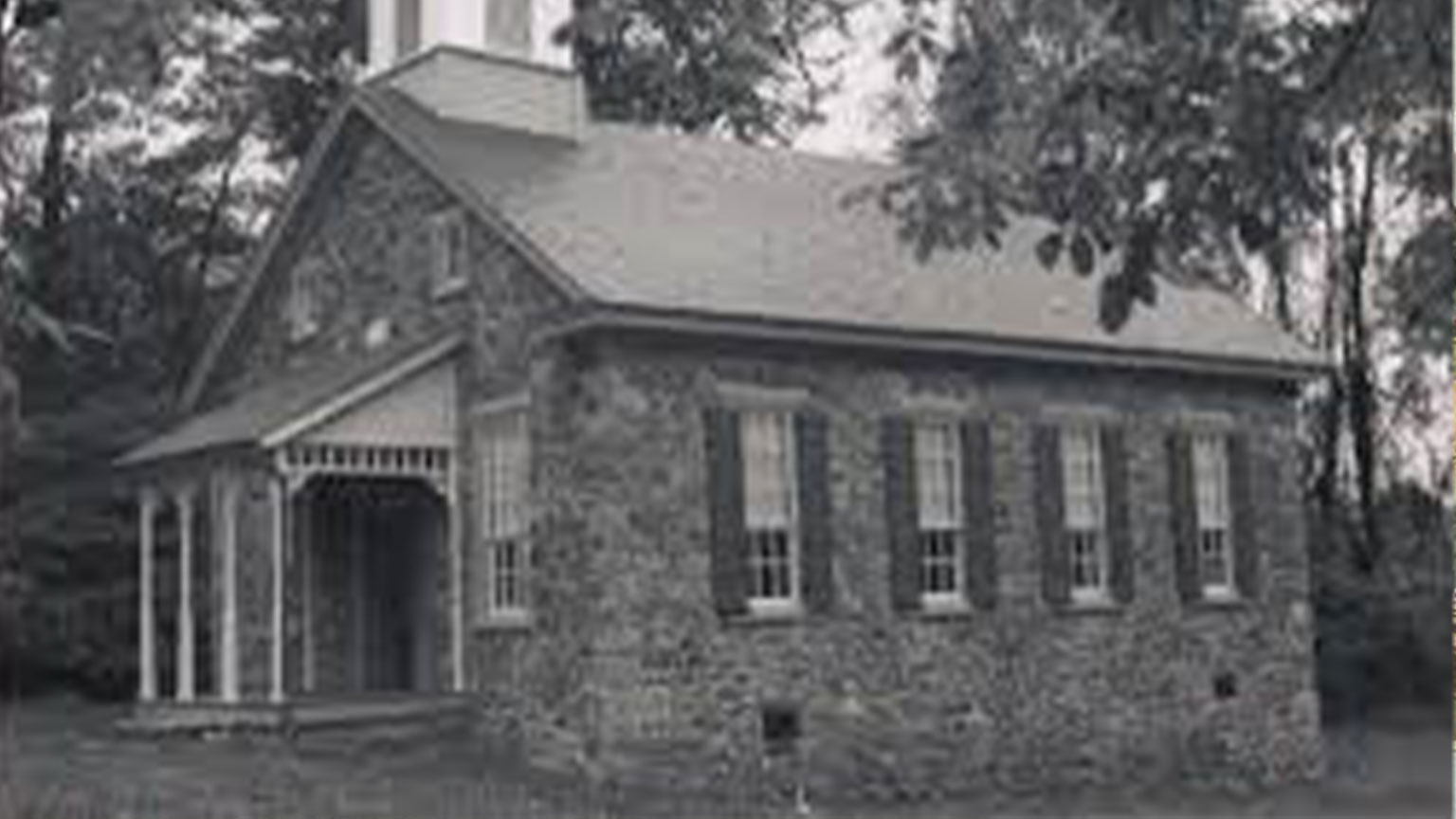 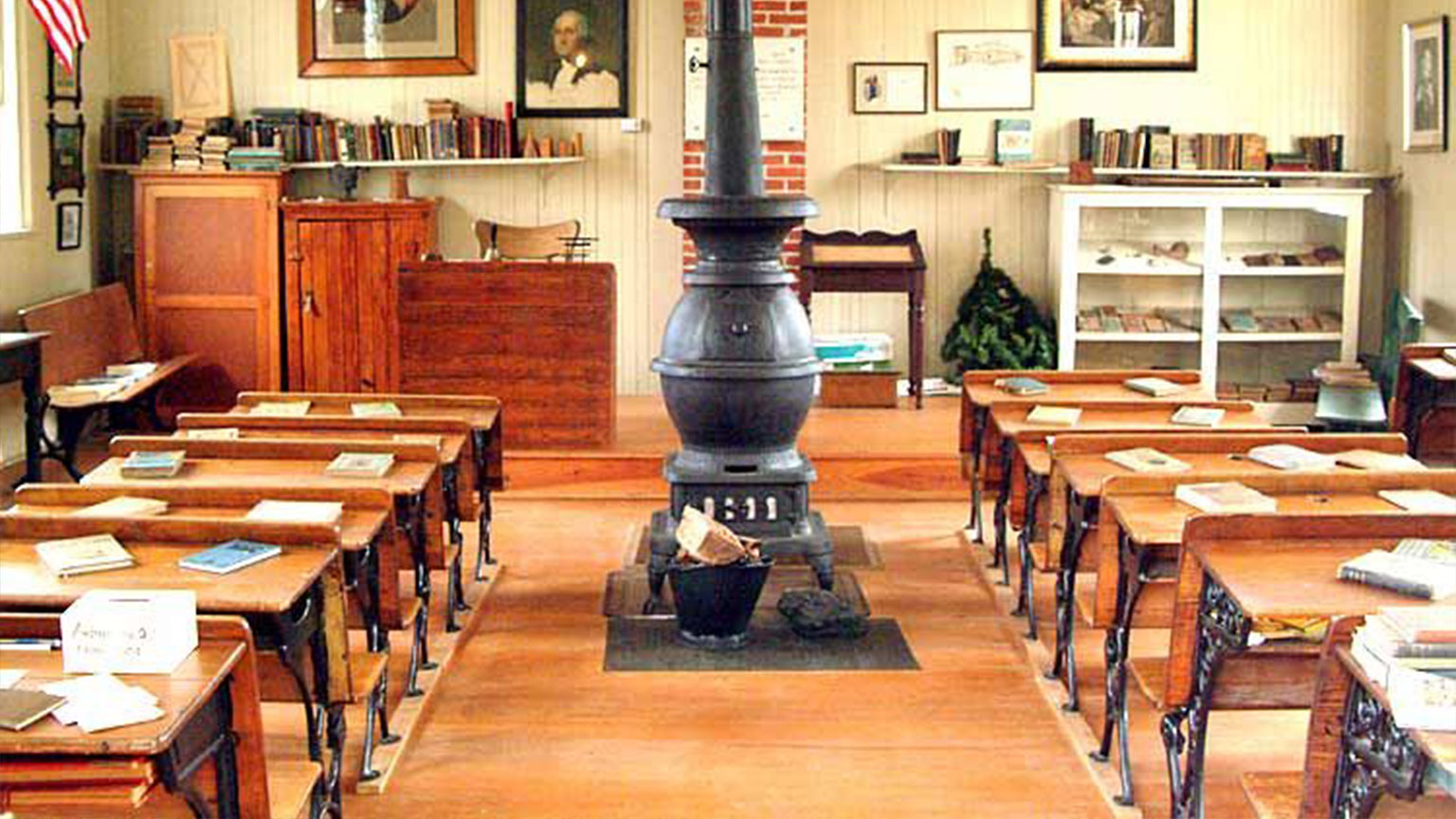 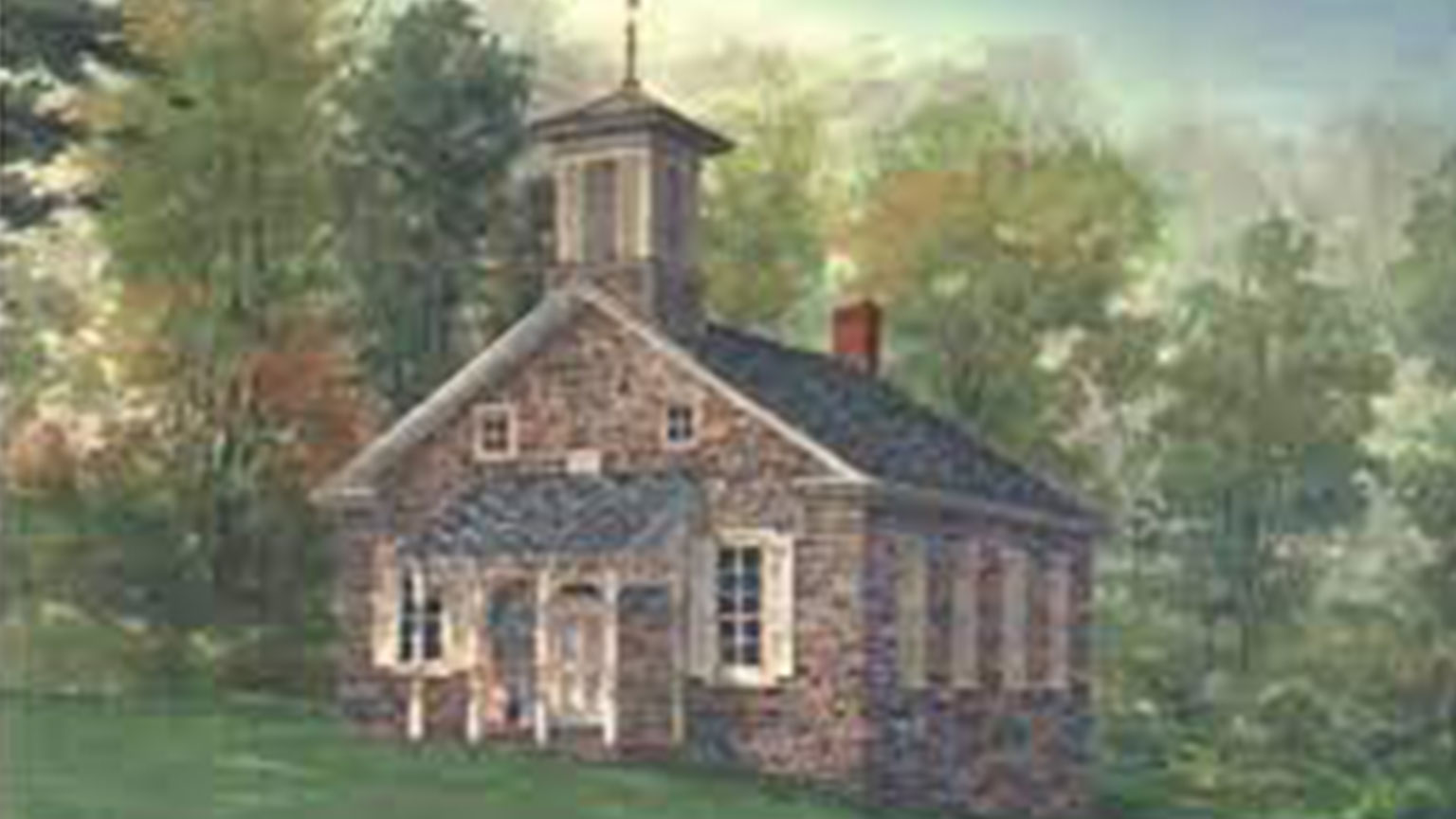 Teachers that taught in the one room, rural school house were very special. During the winter months they would get to the school early to get a fire started in the potbelly stove, so the building would be warm for the students. On many occasions they would prepare a hot, noon meal on top of the stove, usually consisting of soup or stew of some kind. They took care of their students like a new mother hen would care for her newly hatched chicks; always looking out for their health and welfare. 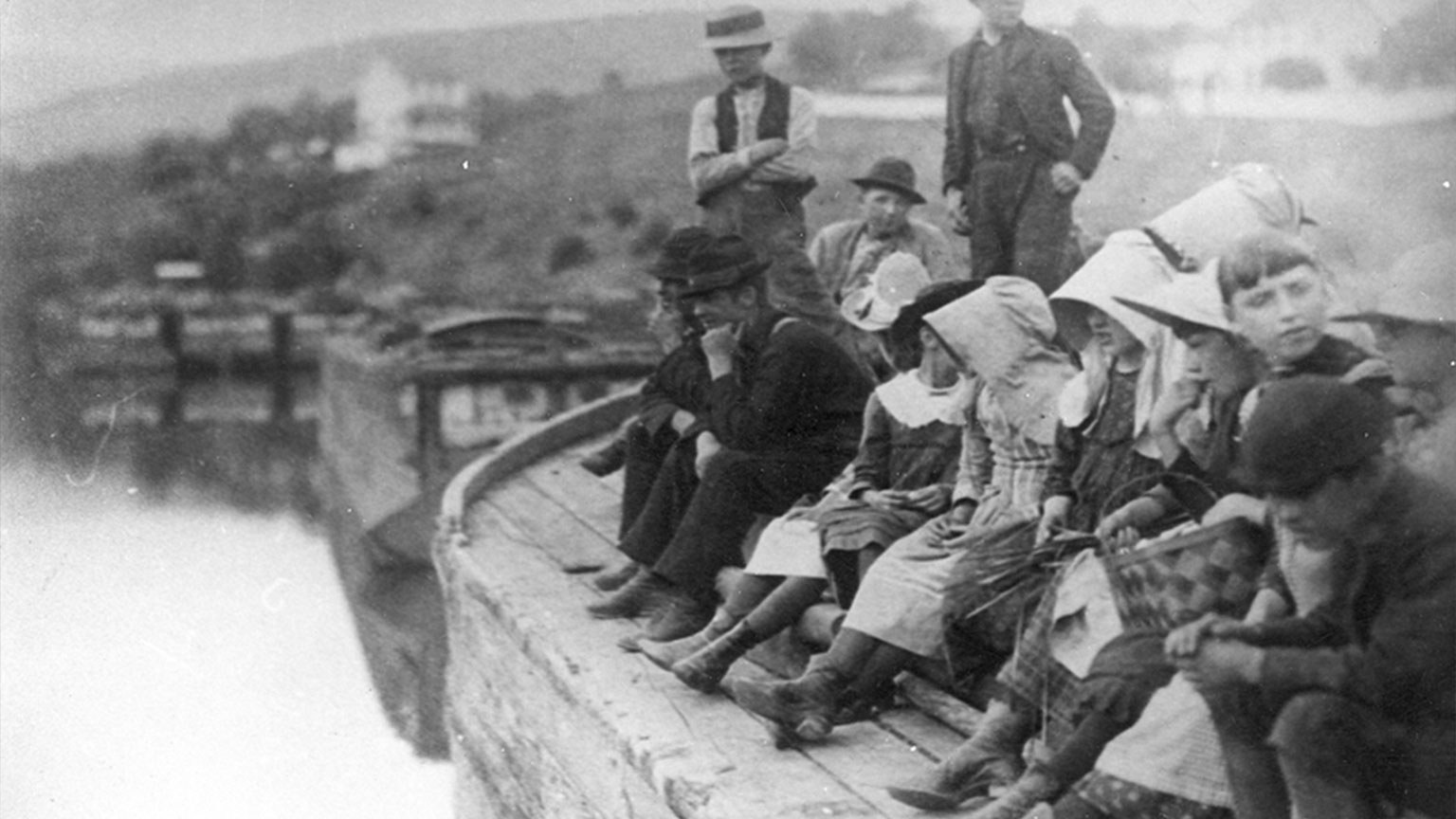 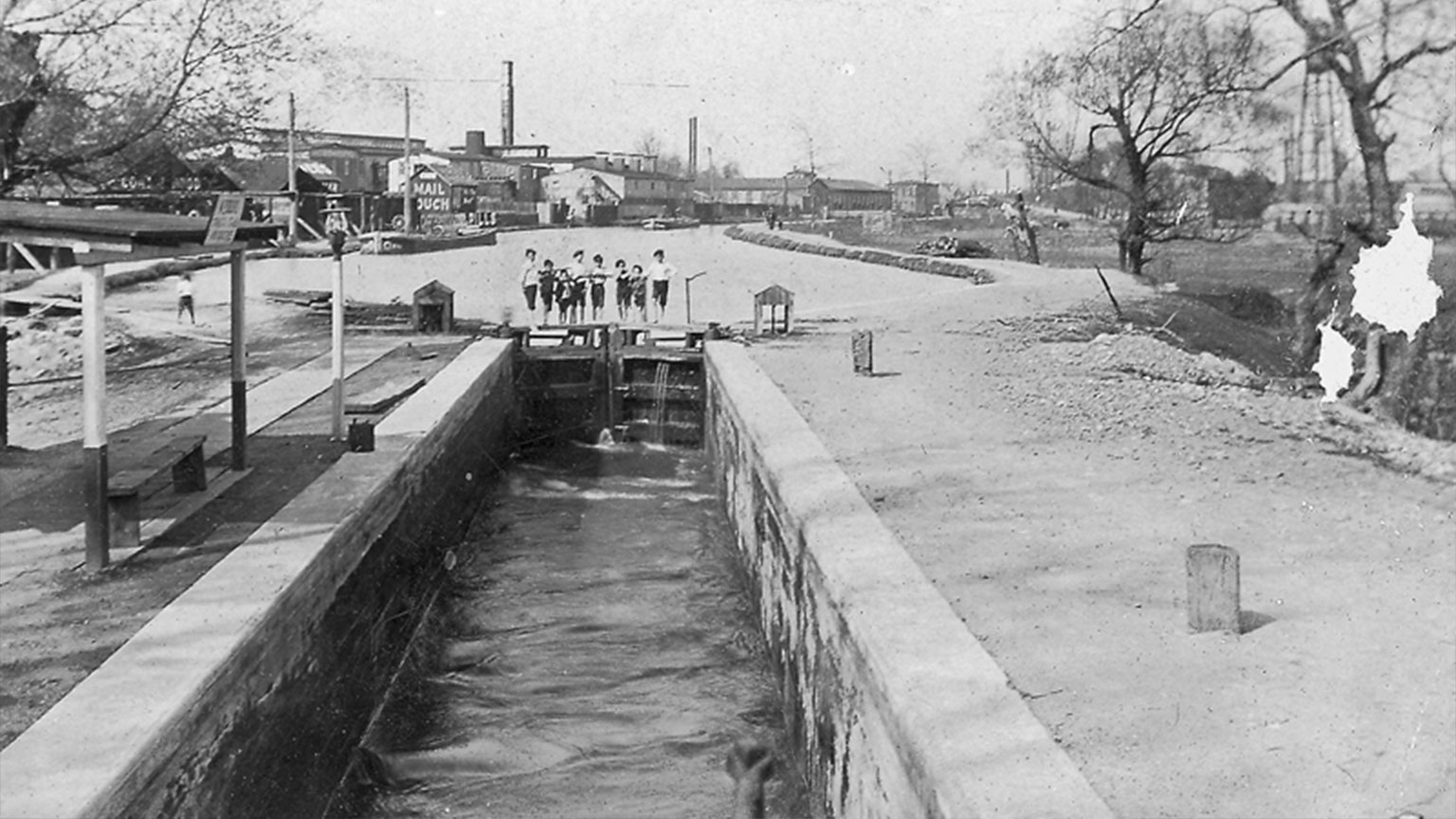 Students walked from miles around to attend the school. They would play outside until the bell rang to indicate that it was time to start their day. Many schools had the children line up in two rows, one for boys and one for girls. They would file in and take their seats, sitting two to a desk. The older students would do their work and help the younger students learn too. The teacher would work with groups of students based on their age and grade level, rotating through the groups throughout the day. When students were not directly working with the teacher they would work independently at their desks. The one room school house started with first grade and ended with 8th grade.

A typical school day went from 9 am to 4 pm. The day included a morning and afternoon recess of 15 minutes each and an hour period for lunch. The older students were given the responsibility of bringing in water and carrying in coal or wood for the stove. The younger students would be given responsibilities according to their size and gender such as cleaning the black board, taking the erasers outside for dusting plus other duties that they were capable of doing. School was not compulsory in Pennsylvania until 1895, and even then the law stated that students between the ages of eight and thirteen needed to attend school for 16 consecutive weeks, so 4 months was all that was required of students.

Slate boards were small portable blackboards on which students wrote daily lessons. They were widely used in the United States when paper was scarce and expensive. Many children in rural schools still used slates for writing their assignments after 1900. Slate boards were named after the rock that was used to make them. 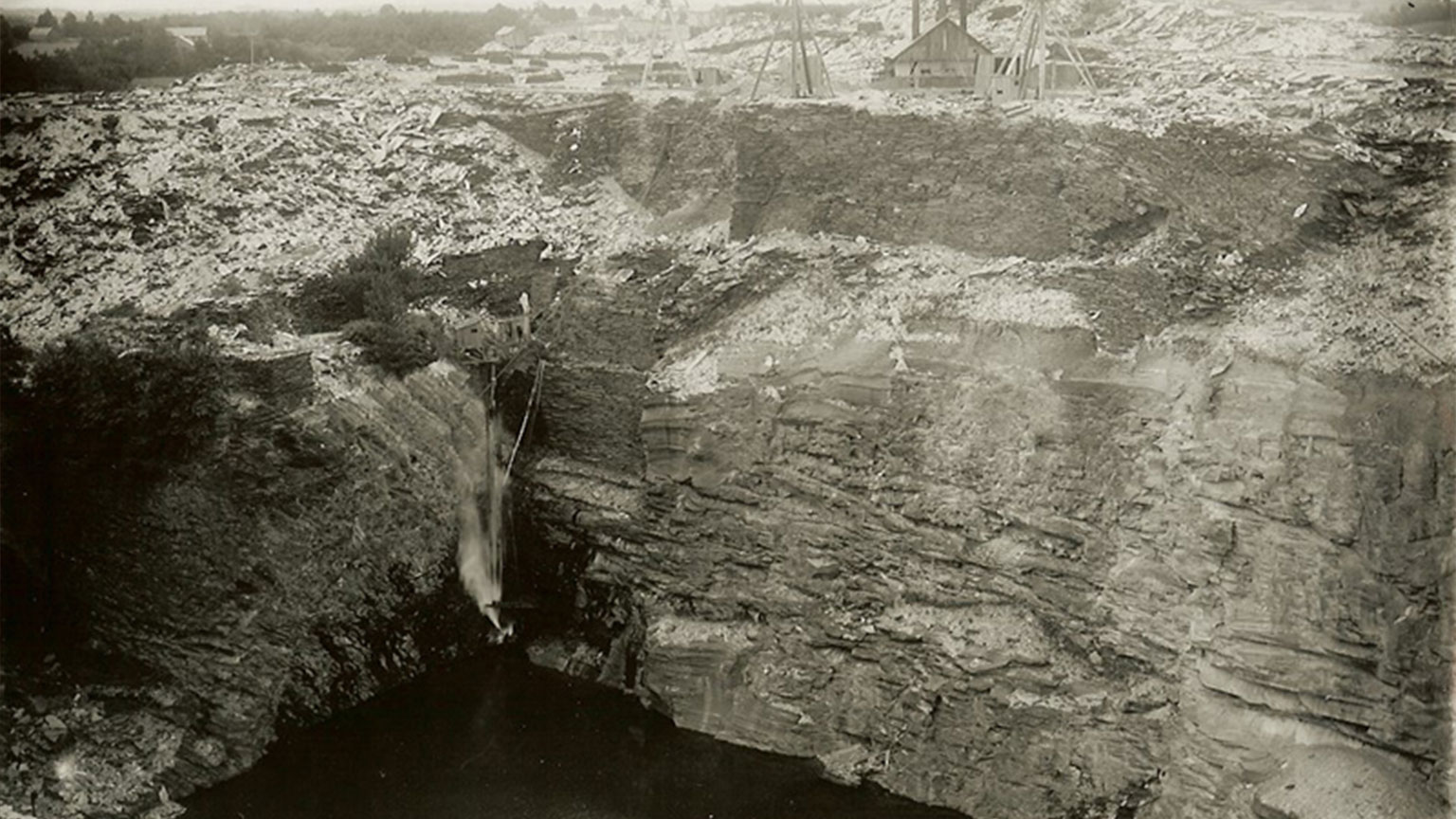 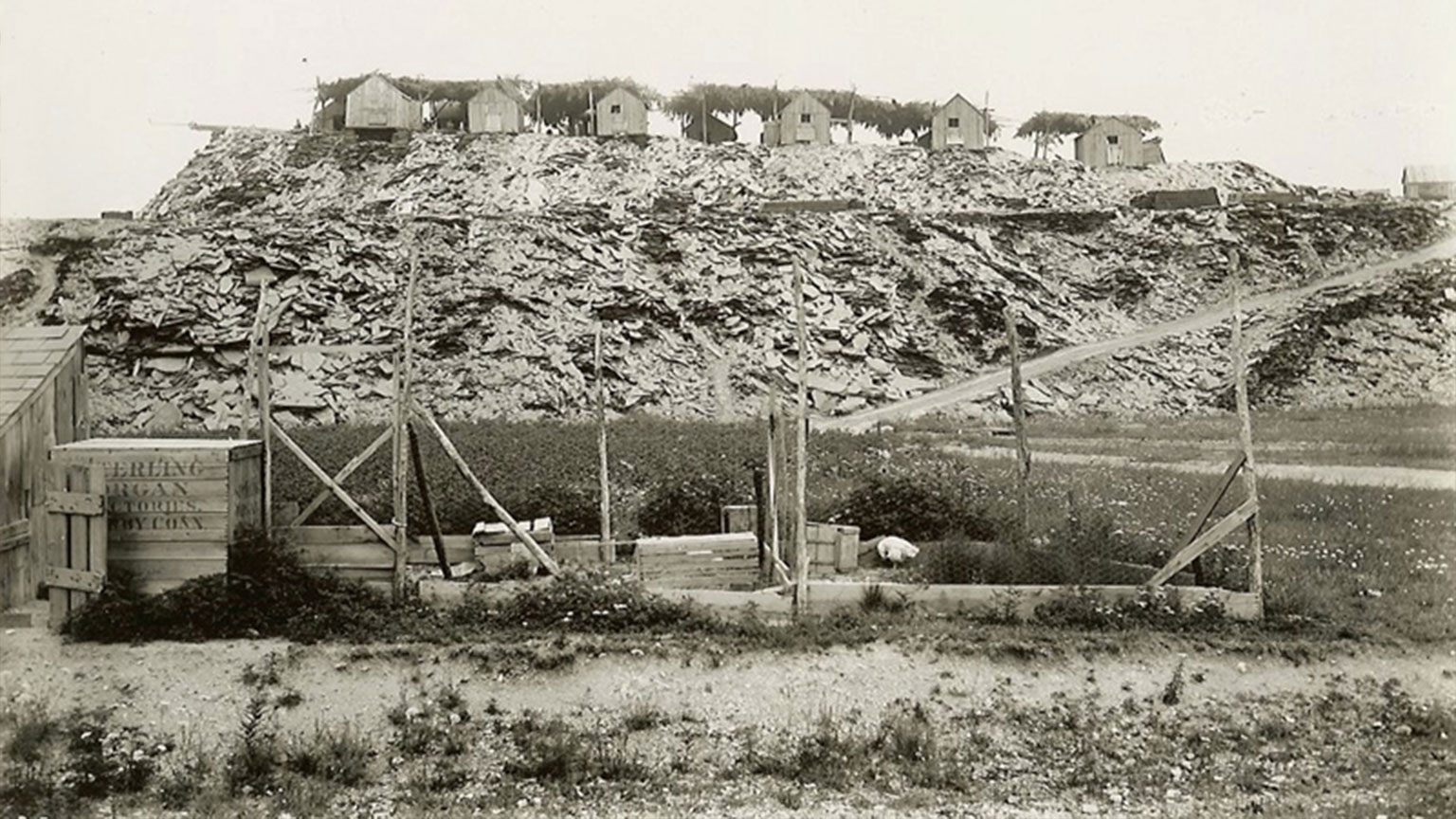 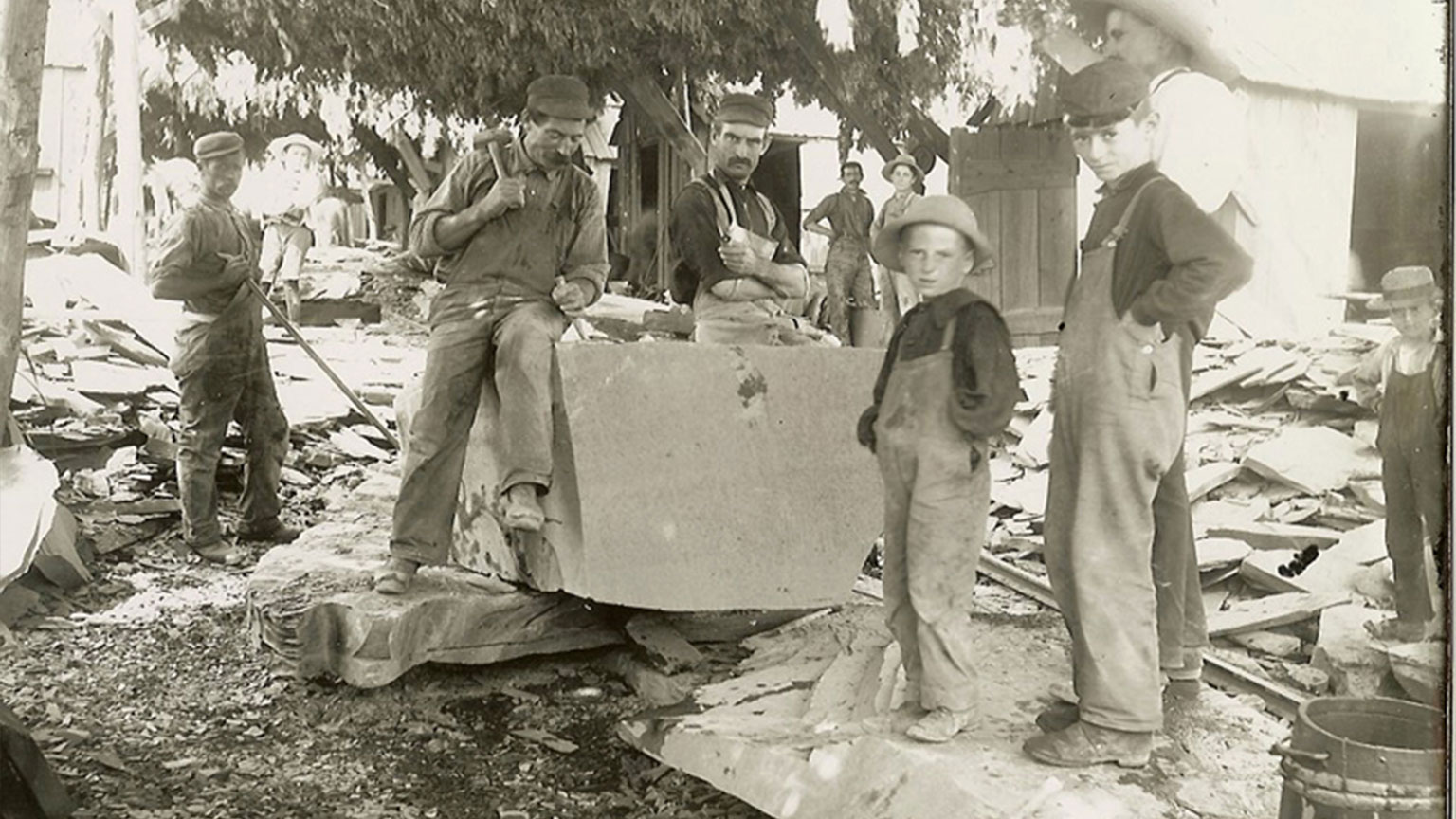 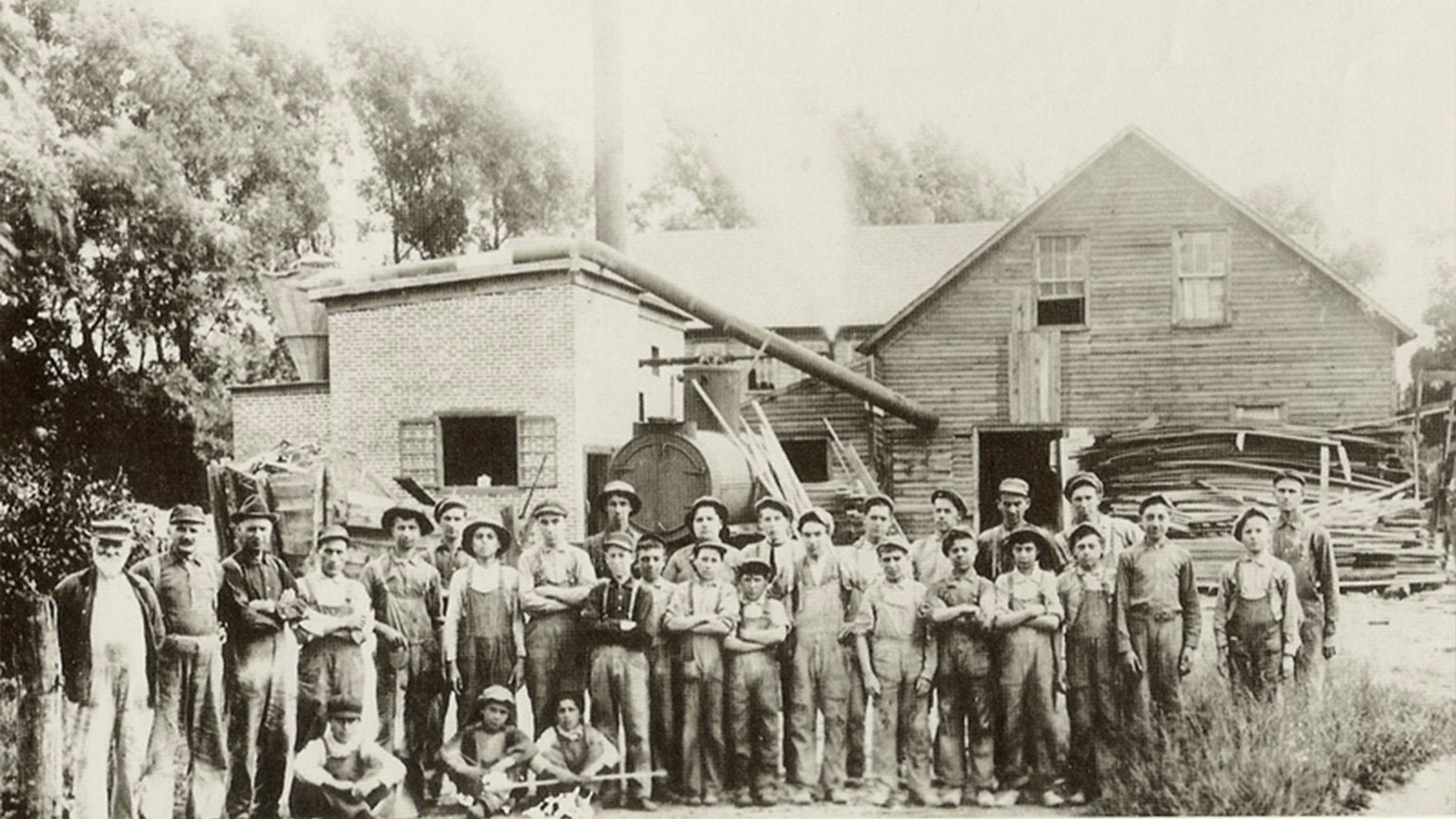 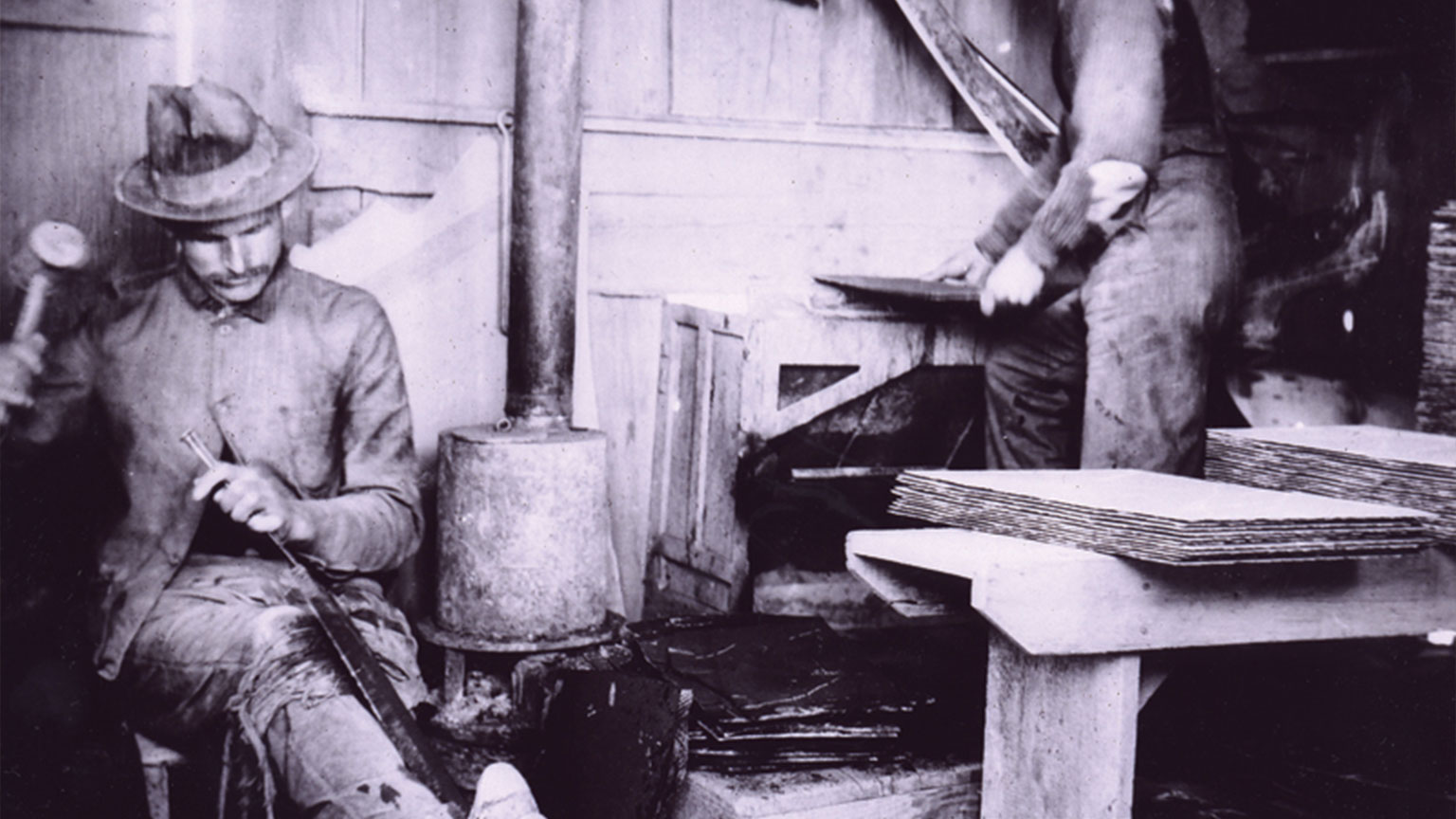 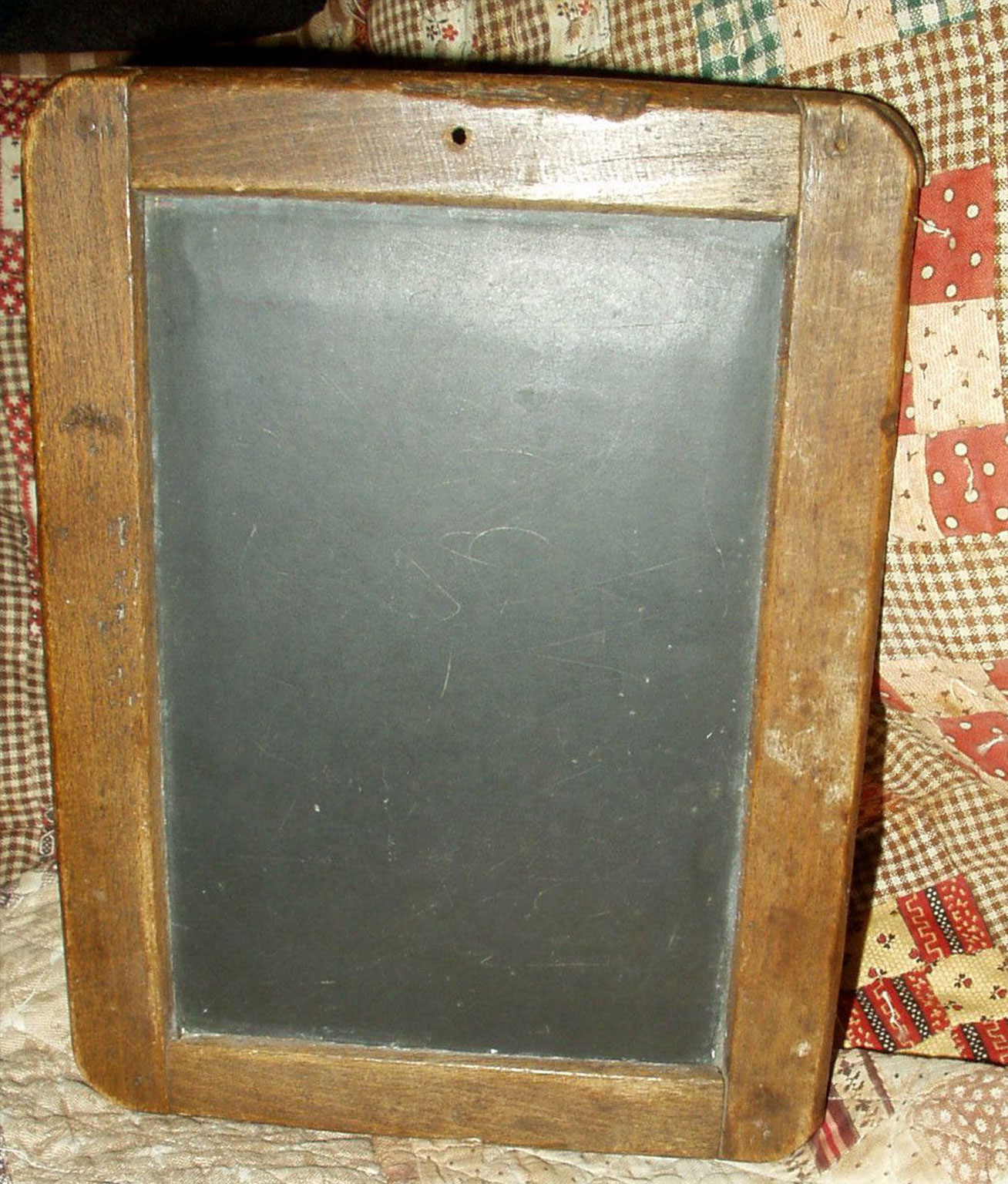 Slate is a rock that can be separated into flat sheets. These flat sheets were typically cut down to pieces roughly 8x11. The town of Slatington in Lehigh County had many slate quarries that produced slate boards and other slate products.Lehigh Valley became the world's largest producer of slate in the late 1800s. Slate boards were ideal for work that didn't need to be saved like math homework or penmanship. They were easily cleaned and, unlike paper, nothing was thrown away or wasted. There were special slate pencils made for writing on slates.

Two of the best known school books in the history of American education were the 18th century New England Primer and the 19th century McGuffey Readers. Of the two, McGuffey's was more popular and widely used. It is estimated that at least 120 million copies of McGuffey's Readers were sold between 1836 and 1960, placing its sales in a category with the Bible and Webster's Dictionary. Since 1961 they have continued to sell at a rate of some 30,000 copies a year. McGuffey's Readers are still in use today in some school systems and by parents of homeschoolers. 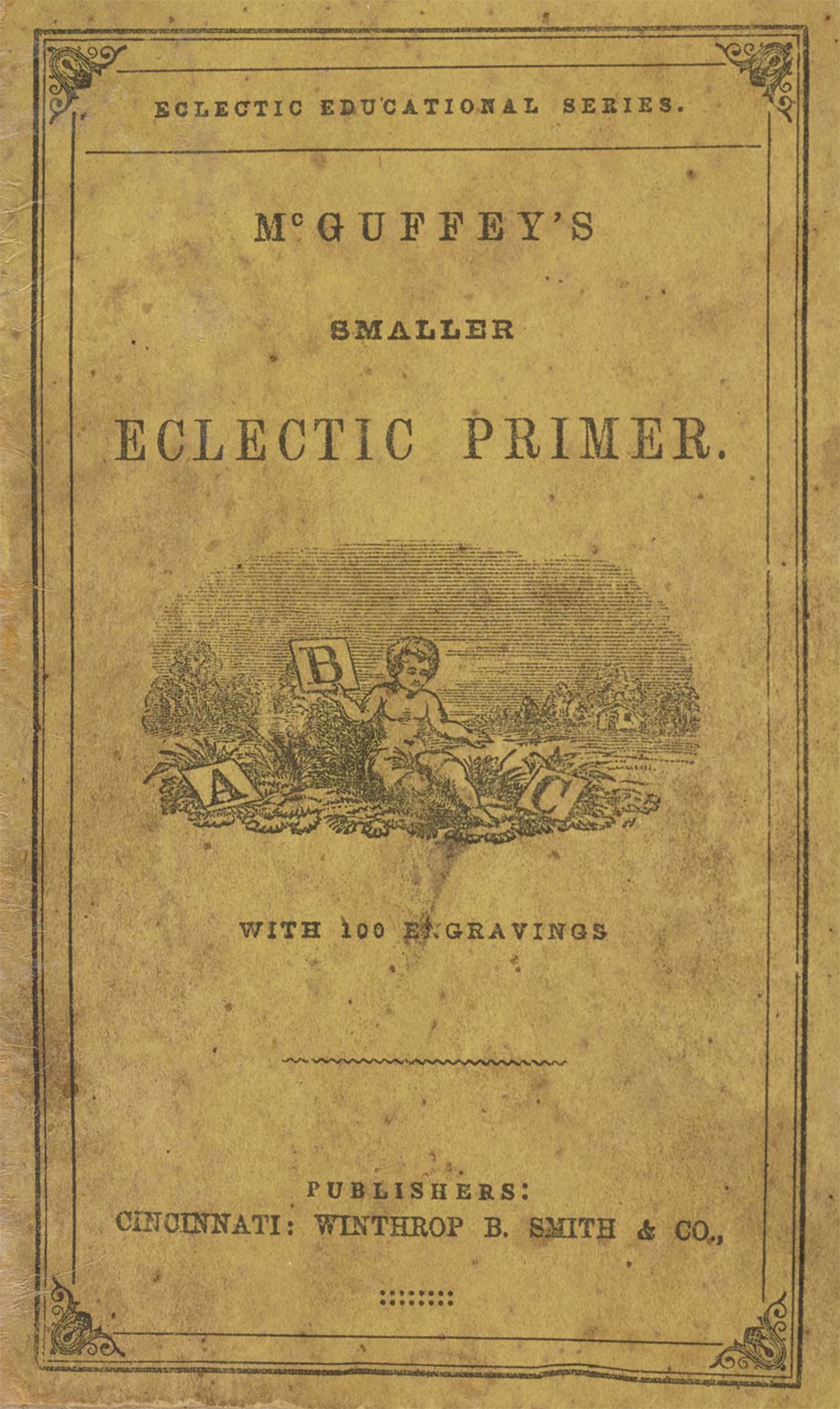 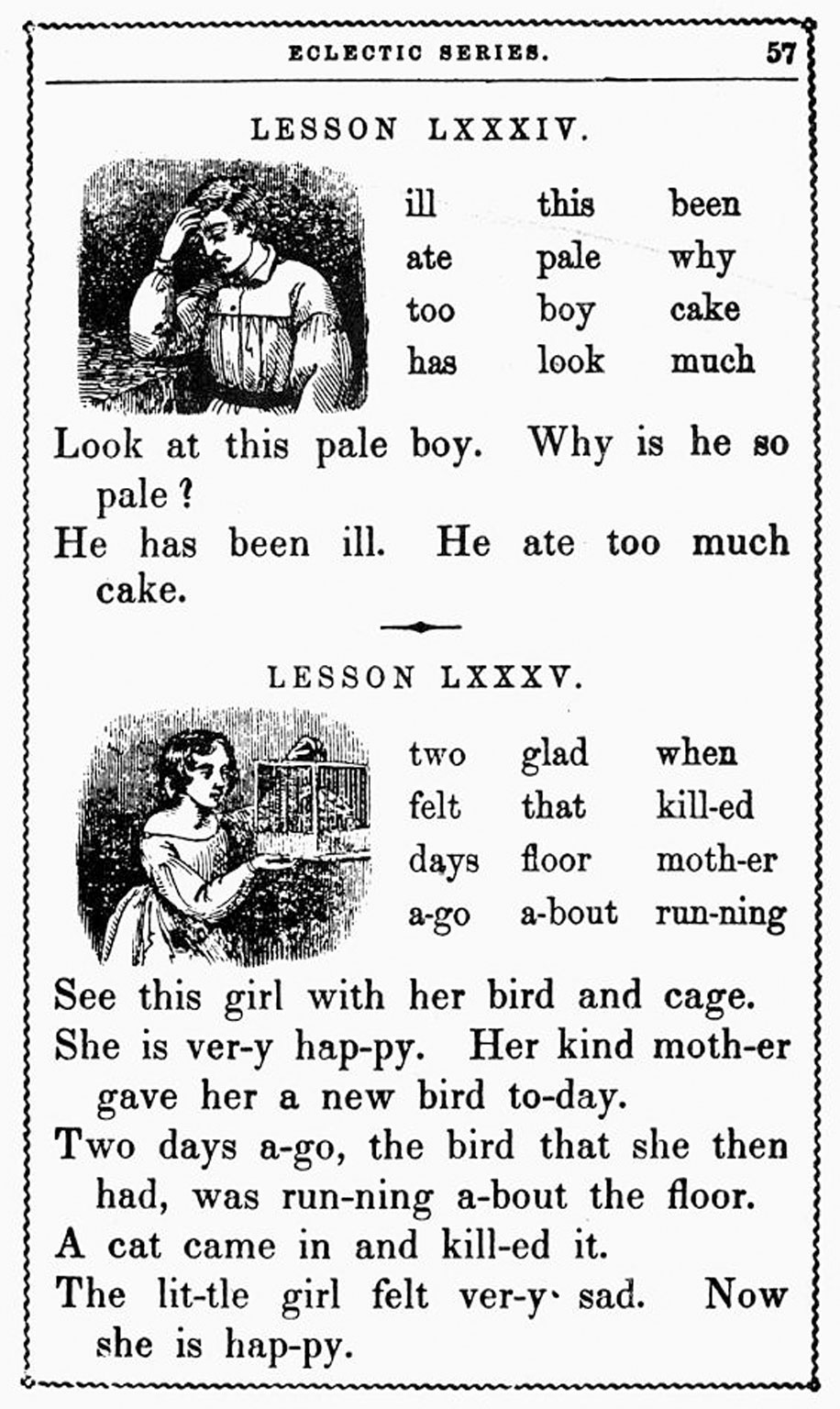 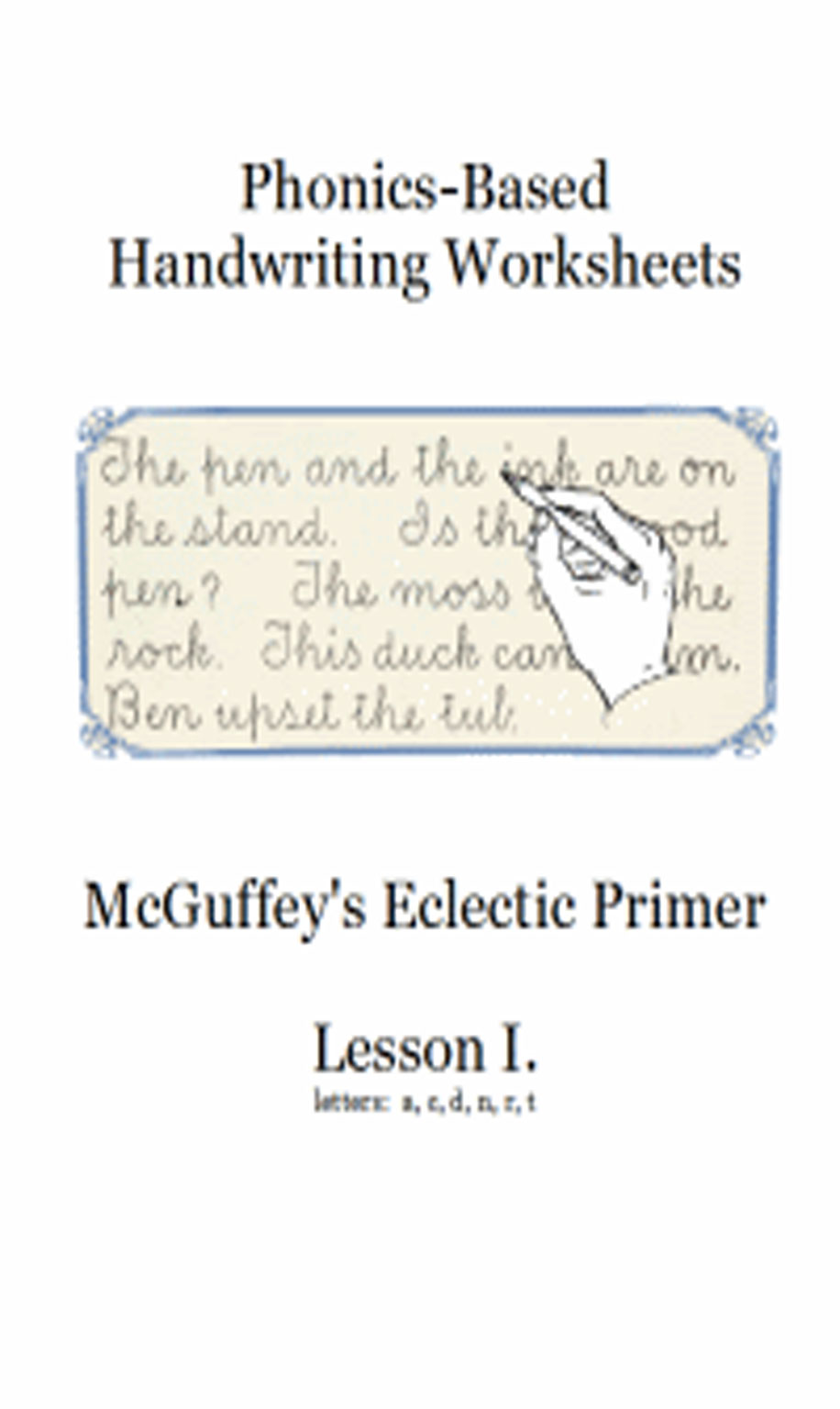 Even though there were originally 4 readers, most schools of the 19th century used only the first two. The first reader taught reading and using the phonics method, the identification of letters and their arrangement into words and aided with slate work. The second reader came into play once the student could read and helped them to understand the meaning of sentences while providing vivid stories which children could remember. The third reader taught the definitions of words and was written at a level equivalent to the modern 5th or 6th grade. The 4th reader was written for the highest levels of ability on the grammar school level, which students completed with this book.

McGuffey's Readers were among the first textbooks in America that were designed to become progressively more challenging with each volume. They used word repetition in the text as a learning tool, which built strong reading skills through challenging reading. Sounding out, enunciation and accents were emphasized. The Readers emphasized spelling, vocabulary, and formal public speaking which in 19th century America was a more common requirement than today.

Skill of writing by hand.

An early school tablet made of slate.

A quarry is a type of open-pit mine in which dimension stone, rock, construction aggregate, riprap, sand, gravel, or slate is excavated from the ground.

Following continuously, one right after the other.

Are you ready to put your chapter 20 knowledge to the ultimate test?