The Lenape Indians originally referred to the area as “Lechauwitank,” or “The Place at the Forks.” The site of the future city of Easton was part of the land obtained from the Delawares by the 1737 Walking Purchase. Thomas Penn set aside 1,000 acres at the confluence of the Lehigh and Delaware rivers for a town. Easton was settled by Europeans in 1739 and founded in 1752, and was so named at the request of Penn, whose wife’s family owned an estate called Easton Neston, near Towcester, Northamptonshire, England. Northampton County was being formed at this time, and Easton was selected as its seat. Learn more about Easton. 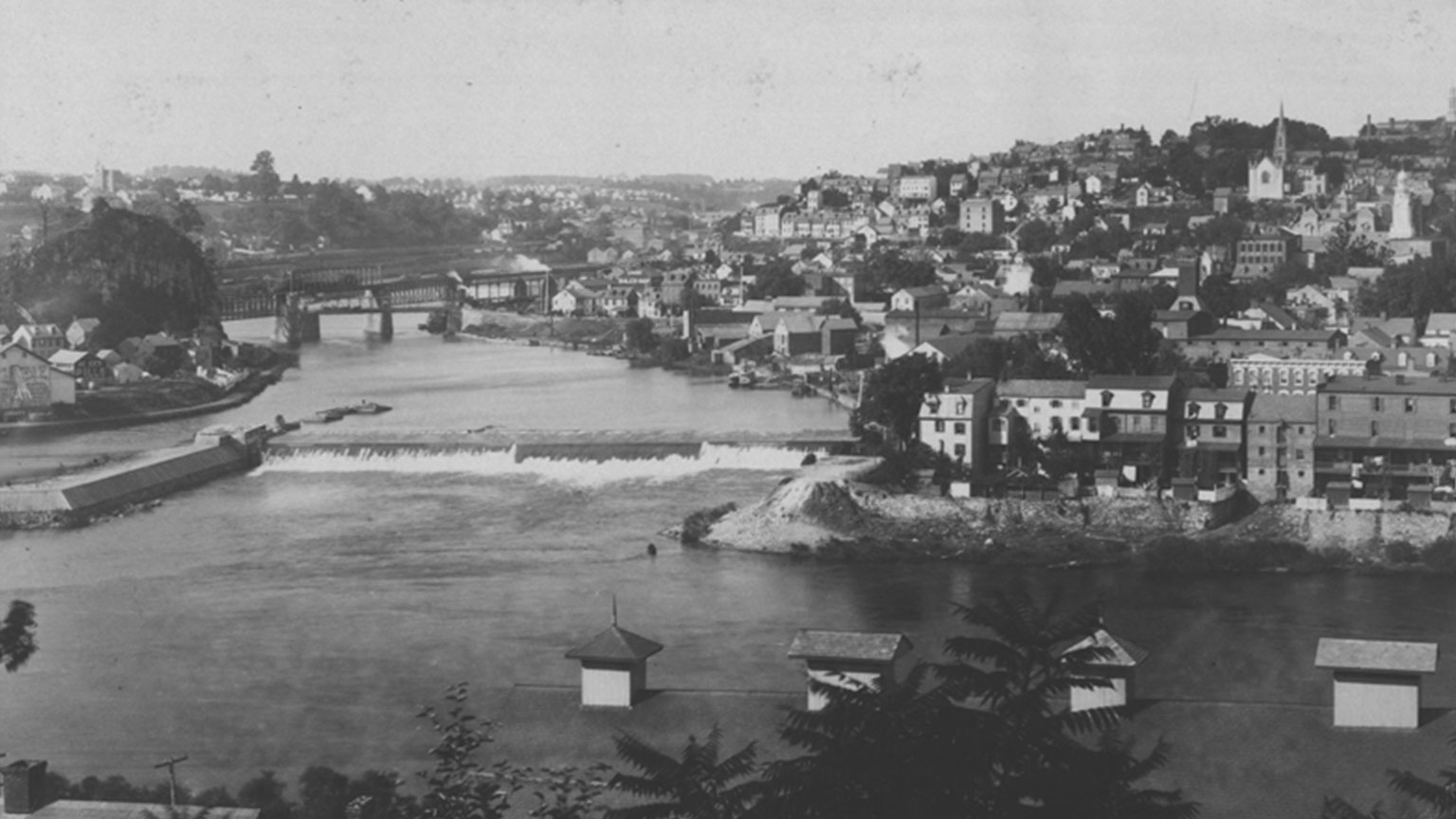 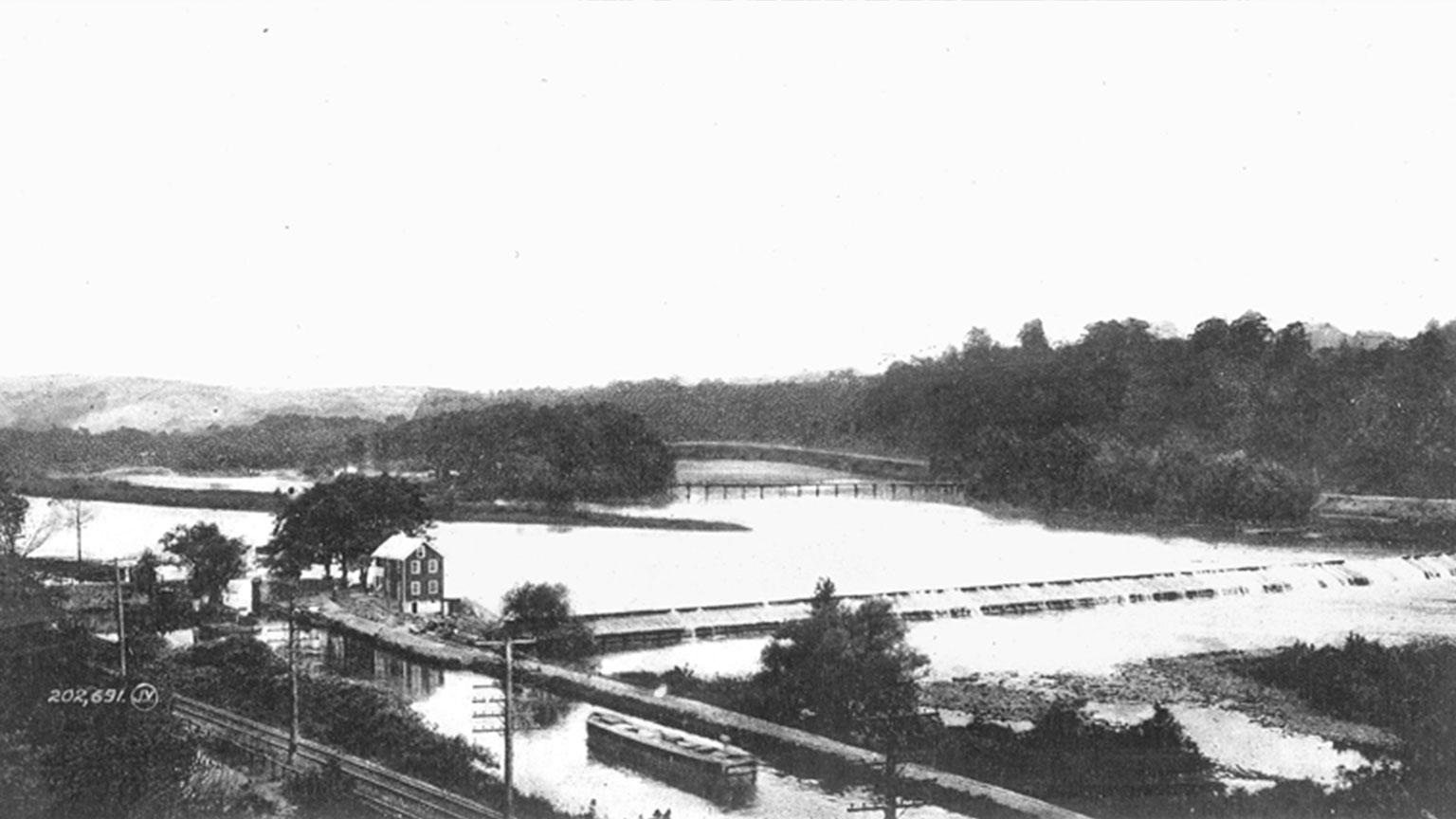 The Abbott Street Industrial Area in South Easton was one of the early industrial parks in America. It was begun by the Lehigh Coal and Navigation Co. (LCNC) in 1832 to utilize the waterpower of the Lehigh Canal and its close proximity to the Delaware and Morris Canals, which linked Easton with both Philadelphia and New York. Abbott St. grew rapidly under the direction of Abiel Abbott, a LCNC agent for whom the industrial park was named. By 1840, more than one thousand men were employed at 12 sites that manufactured pig iron, cotton yarn, whiskey stills, gun barrels, dye products, flour, lumber and wrought iron wire. The most significant firm was the Rodenbough and Stewart Wire Co. Begun in 1835 as a nail works, it switched by 1843 to the production of wrought iron wire. Both Charles Ellet and John Roebling prominent early developers of American wire rope bridge technology purchased much of the wire that was utilized for their early spans from this firm. By 1902 none of the Abbott St industries remained. 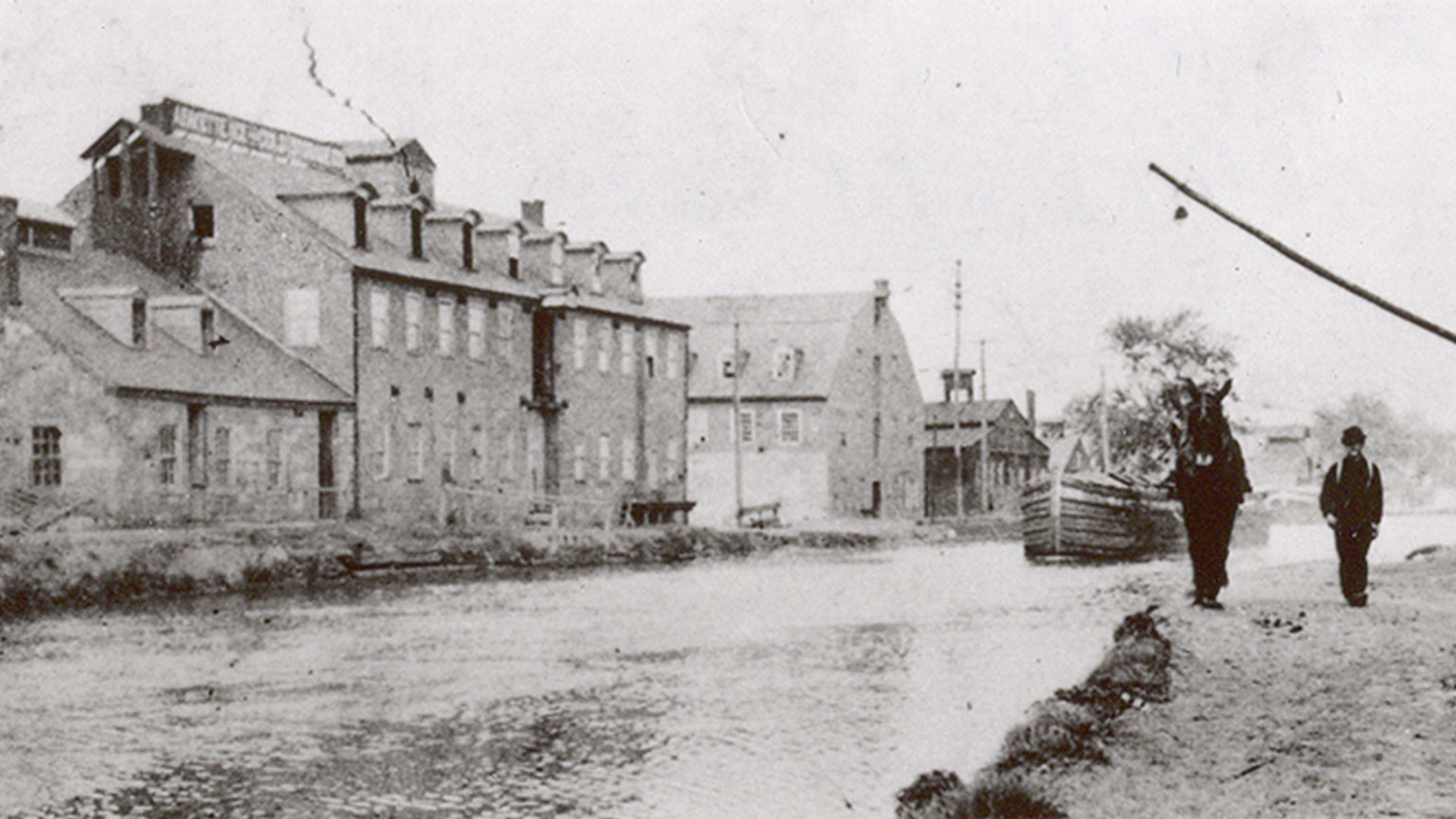 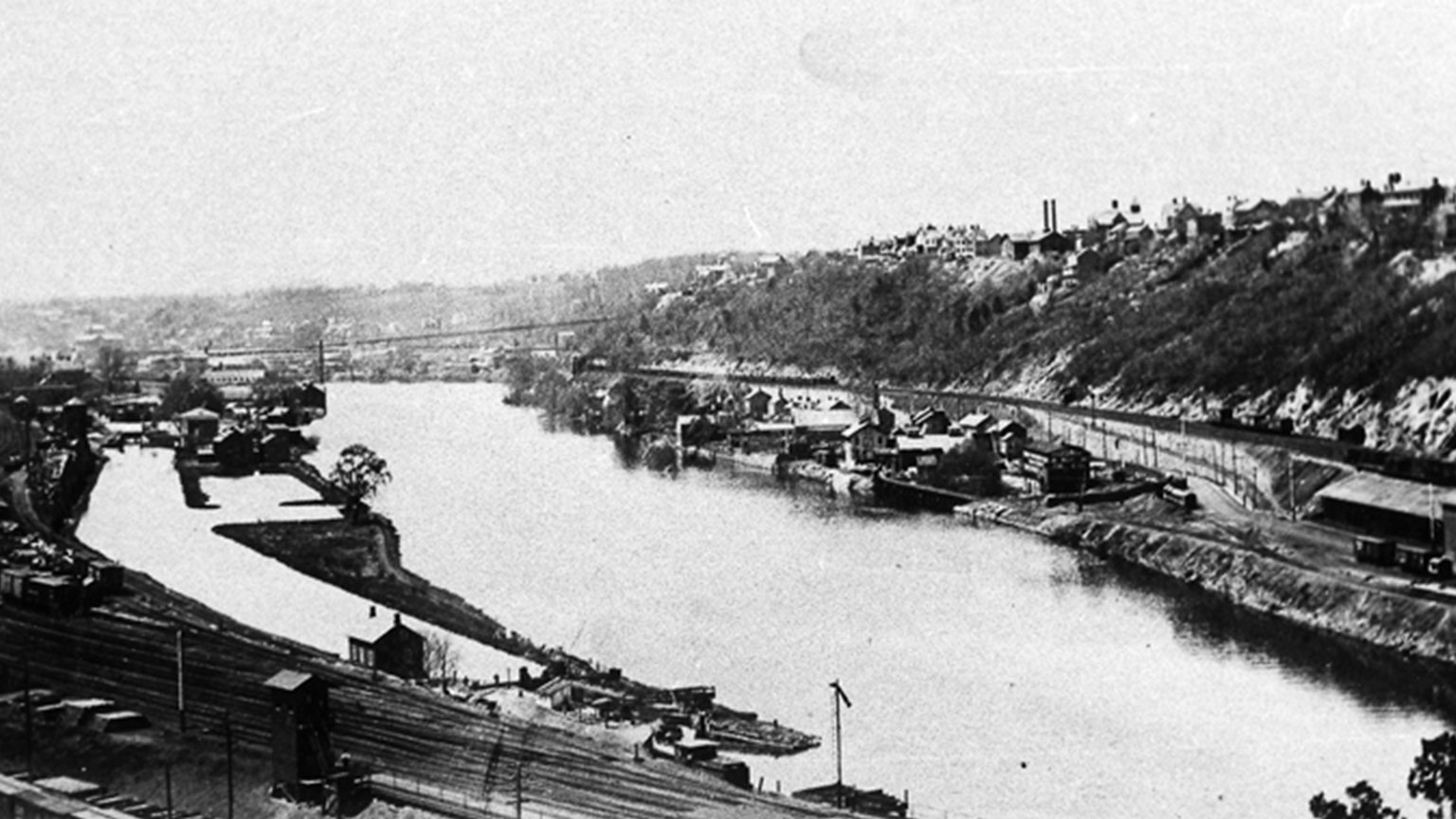 Glendon is situated about two miles west of Easton on the south side of the Lehigh River. In 1855, Glendon had a population of about 500 people, most of whom were employed at the Glendon Iron Company, which manufactured pig iron from 1844 to 1894 on land between the Lehigh River and Lehigh Canal that is now Hugh Moore Park. Learn more about Glendon. 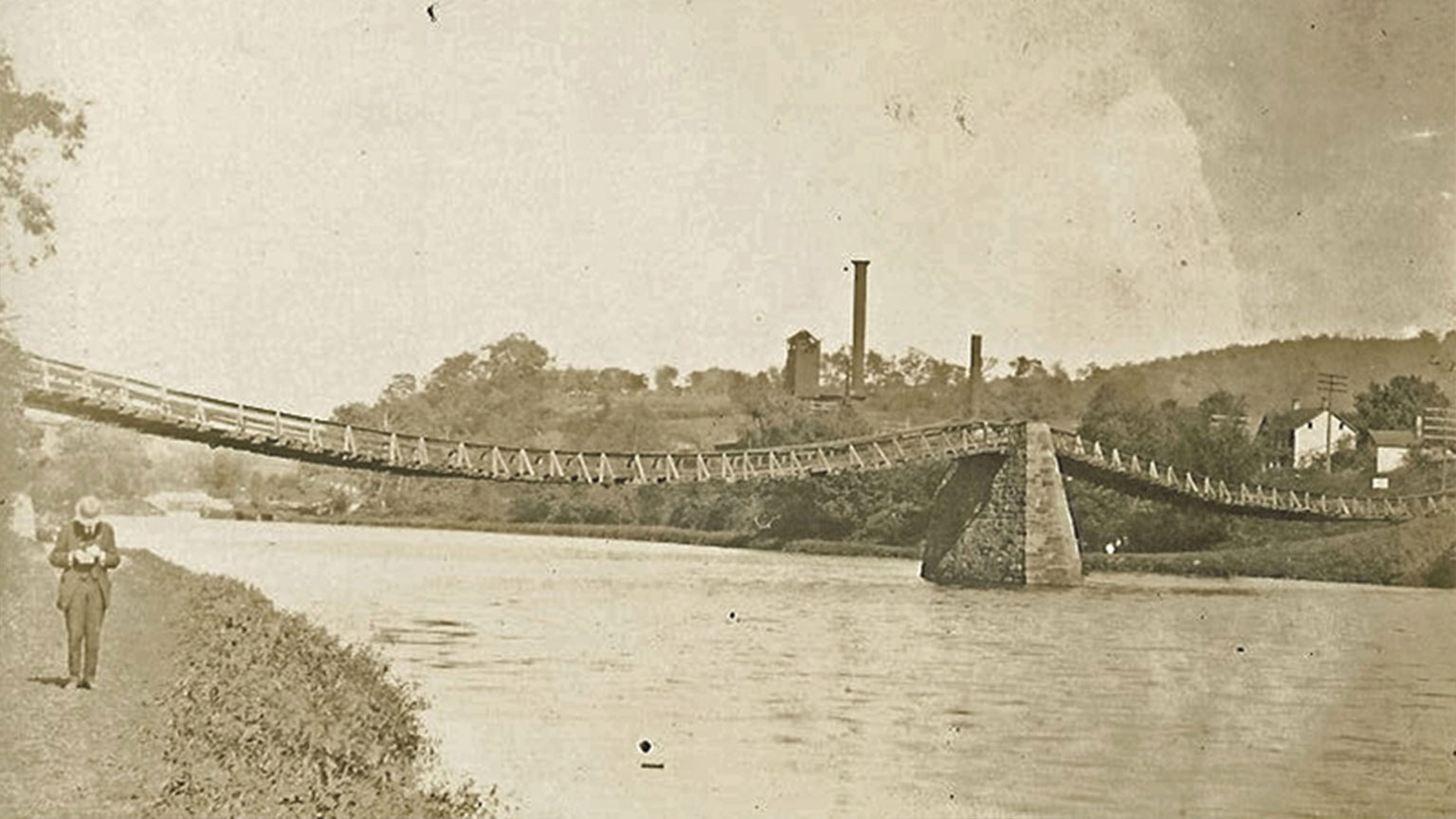 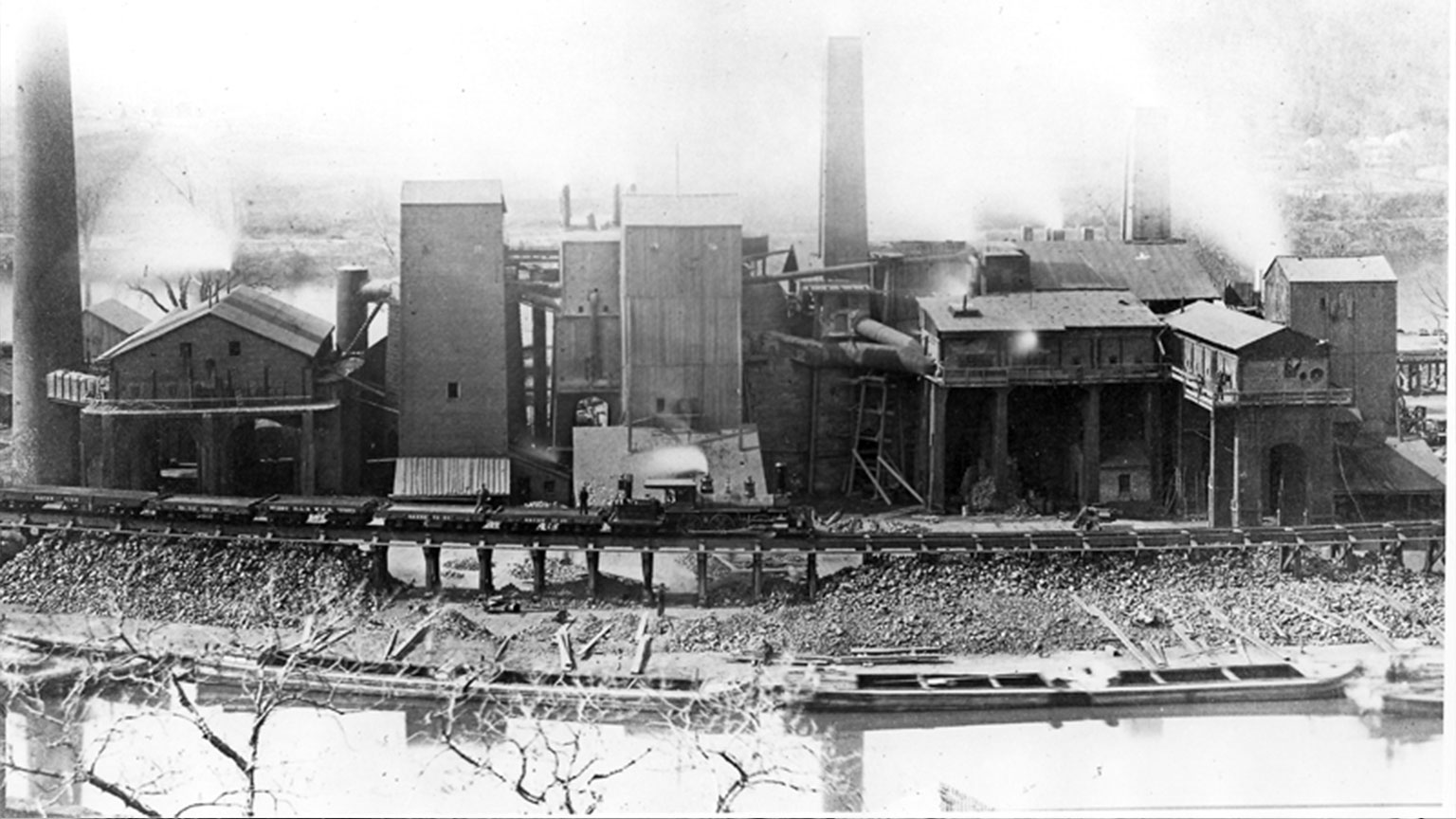 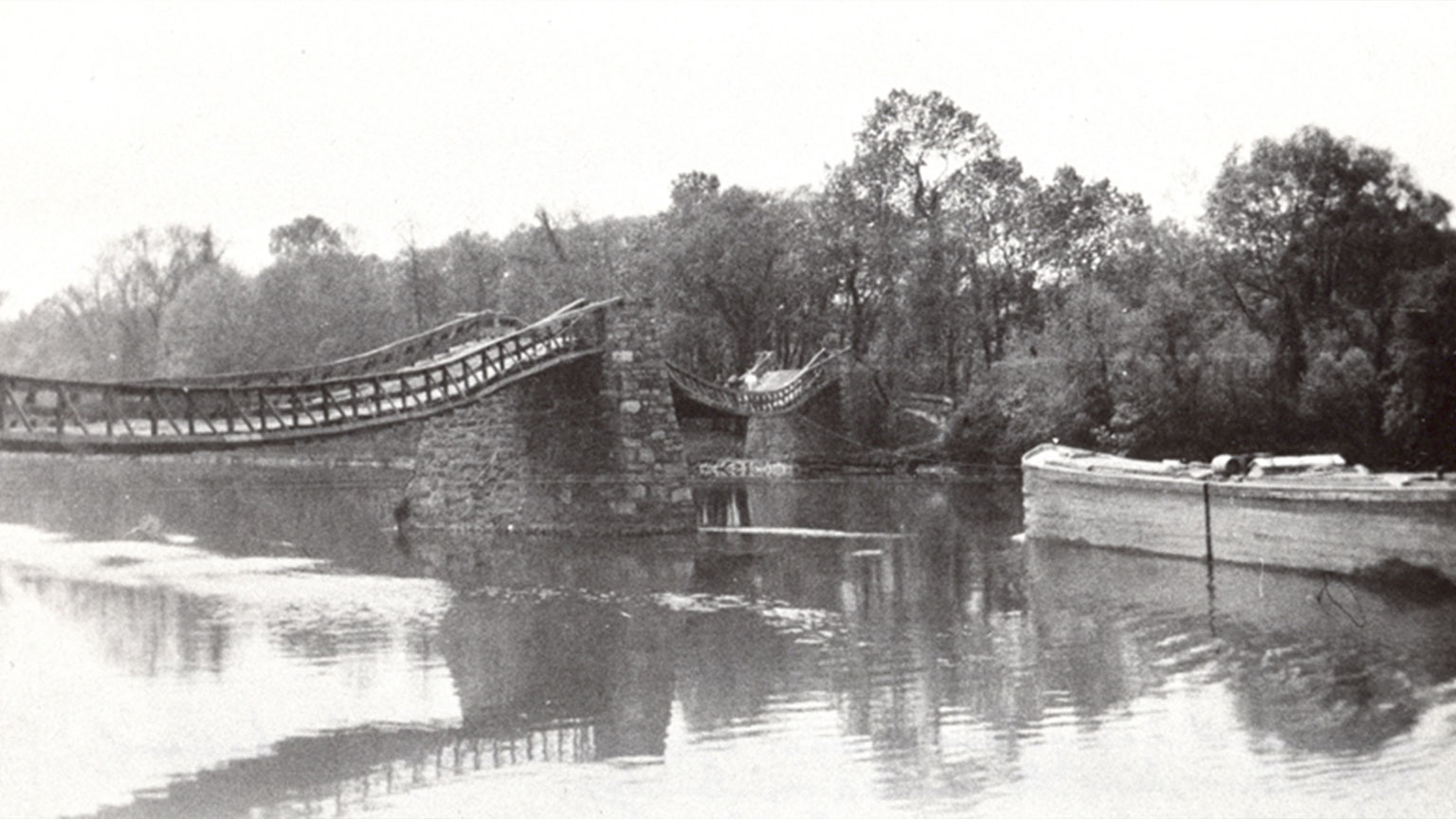 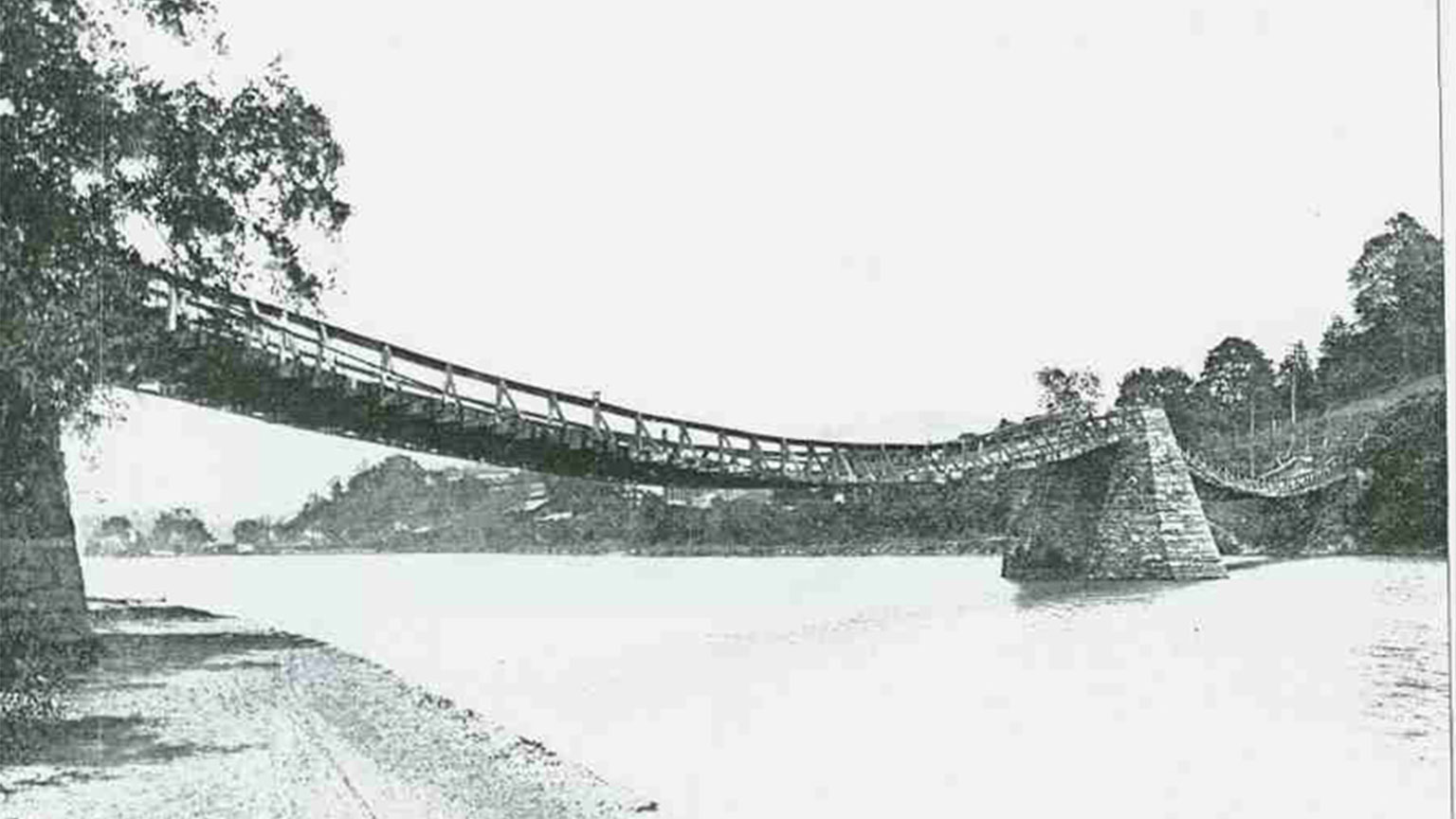 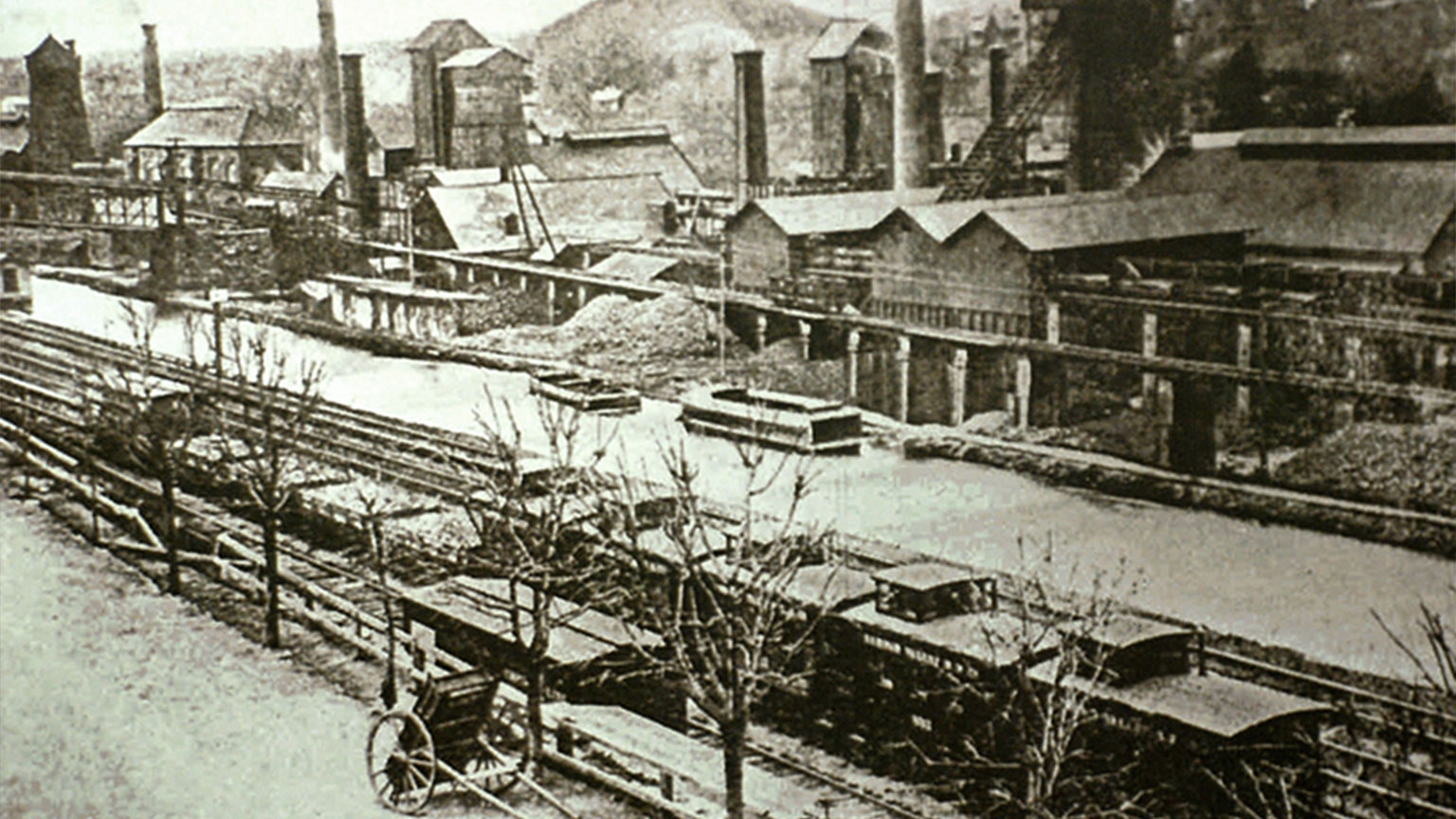 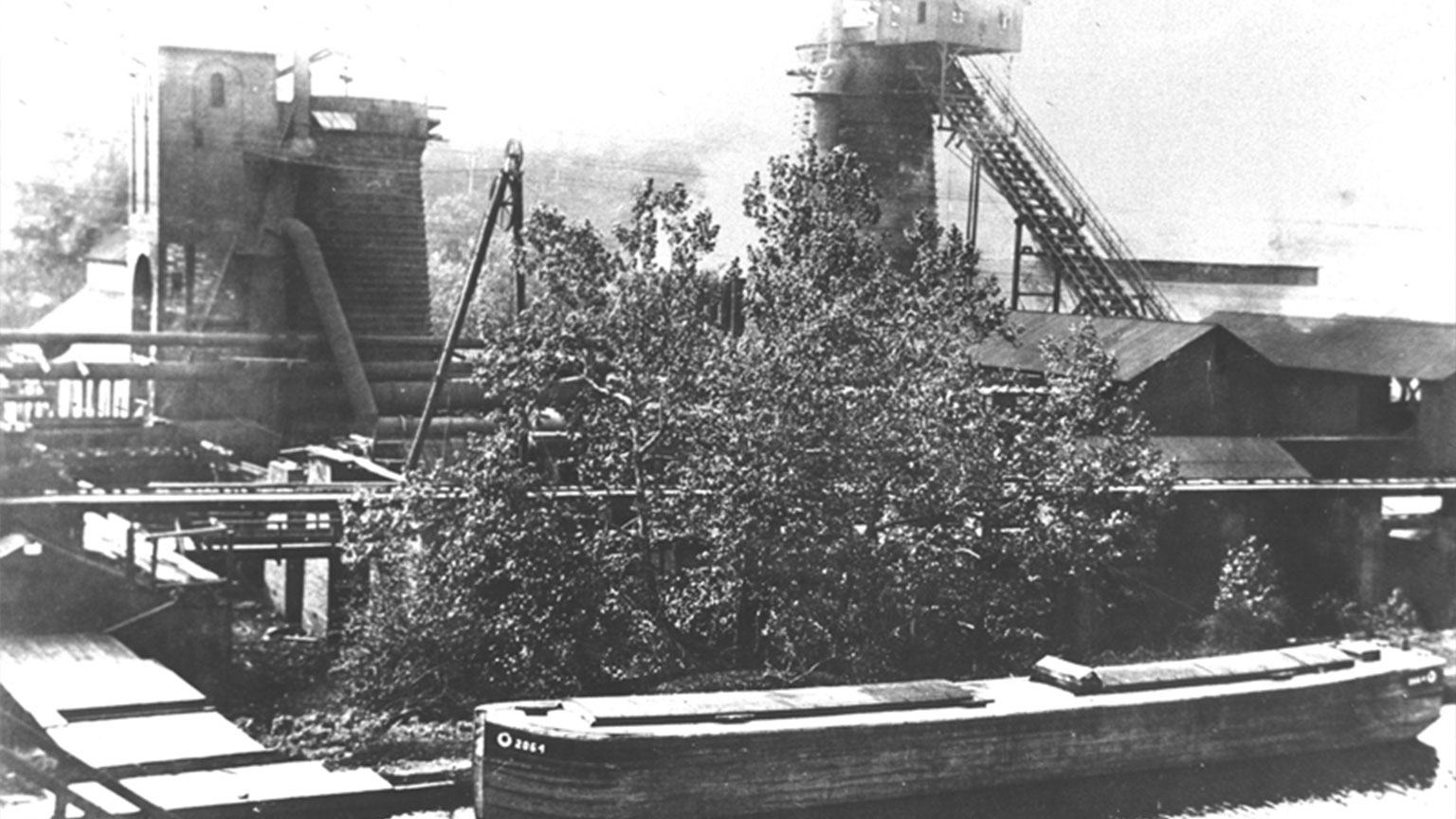 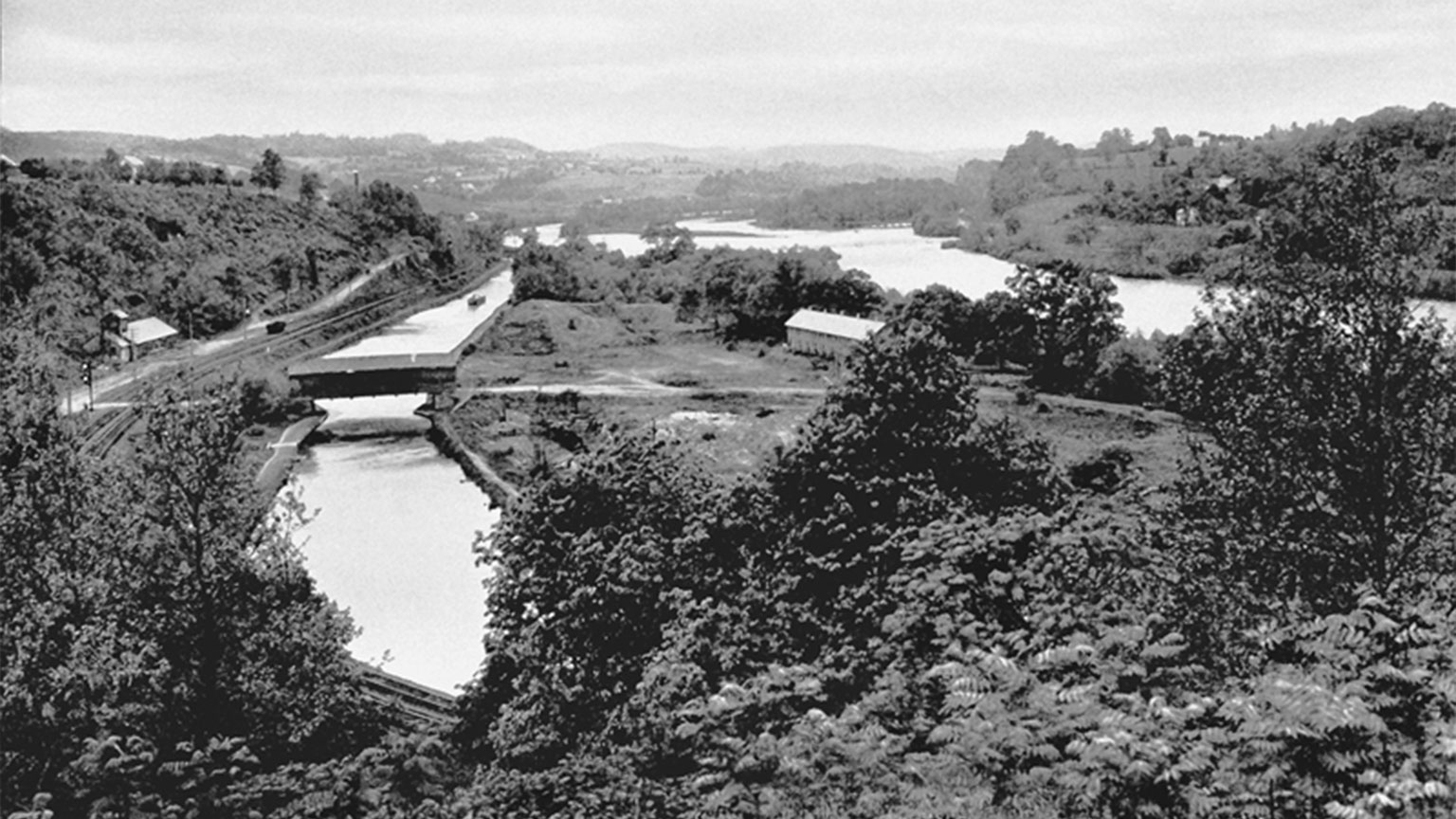 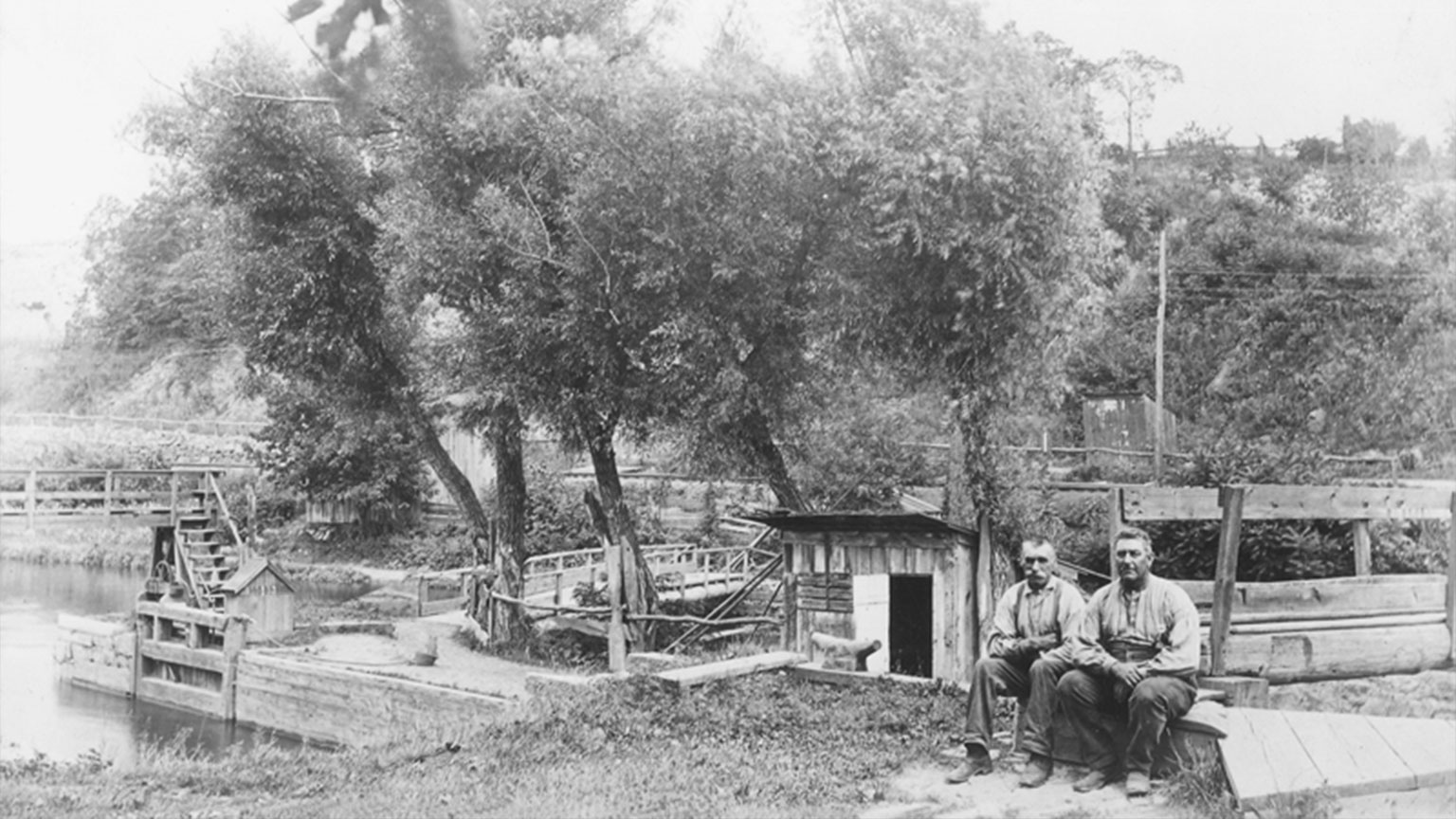 The Easton gas company was incorporated on March 14, 1850 for the purpose of providing lighting on the borough's streets and eventually adding gas lights and appliances to businesses and homes. After visiting Reading and other towns that had gas lighting, a decision was made to manufacture gas by burning coal which was a plentiful commodity in the city. The gas works went into operation in 1851 and on Thanksgiving night of that year 19 gas lights were illuminated along the city's downtown streets near Centre Square. The initial nightly consumption of gas for the lights was 4,100 cubic feet. By 1874, more than 80,000 cubic feet were being used daily. Easton was the first town in the Lehigh Valley to incorporate the new technology.

Samuel Moses was a real person who was listed in the 1860 United States Census. He was 13 at the time our story was set. Samuel was the son of Jacob Moses and the brother of Moses Moses and Isaac Moses. Jacob Moses was 1 of 2 principal cattle dealers in Easton. The Moses family lived in Dutchtown, a part of west Easton settled by German Jewish immigrants. The author chose to include Samuel in this book to help illustrate the cultural diversity that existed in Easton. It was also to make note of the importance of cattle drovers and the industry of marketing livestock.

A person who walks animals over long distances.

A group of people in a society that are considered fashionable, wealthy and influential.

A large semiaquatic North American rodent with a musky smell, valued for its fur.

A brand of piano that is among the finest in the world. It was started by Heinrich Engelhard, a German immigrant, in 1853.

Economic activity concerned with the processing of raw materials and manufacture of goods in factories.

Farm animals regarded as an asset, which means worth money to their owner.

An official count or survey of a population.

Are you ready to put your chapter 21 knowledge to the ultimate test?