A canal boat captain was essentially his own boss. He either leased a boat from the Lehigh Coal and Navigation Company or owned the boat that he captained. He was responsible for operating the boat, managing the mule driver and any other employees, maintaining a schedule, keeping track of cargo and supplies on the boat, and owning the mules that powered the canal boat. He had to follow all of the rules enforced along the canal and by LCNC such as keeping the proper speed, treating his mules correctly, and adhering to the hours of canal operation. He usually worked about 18 hours a day and could almost always be found standing at the tiller steering his boat and watching his surroundings. When he reached a lock he helped the locktender by navigating his boat in and out of the lock. If he had a family they might have ridden with him on the canal. In that case his wife and children would help with the cooking, cleaning and maintenance of the boat. If he did not have his family with him he would usually have one mule driver and maybe one other employee to help with the cooking and taking shifts on mule driving and steering. The fewer employees he had the more work he had to do, but the more money he got to keep. 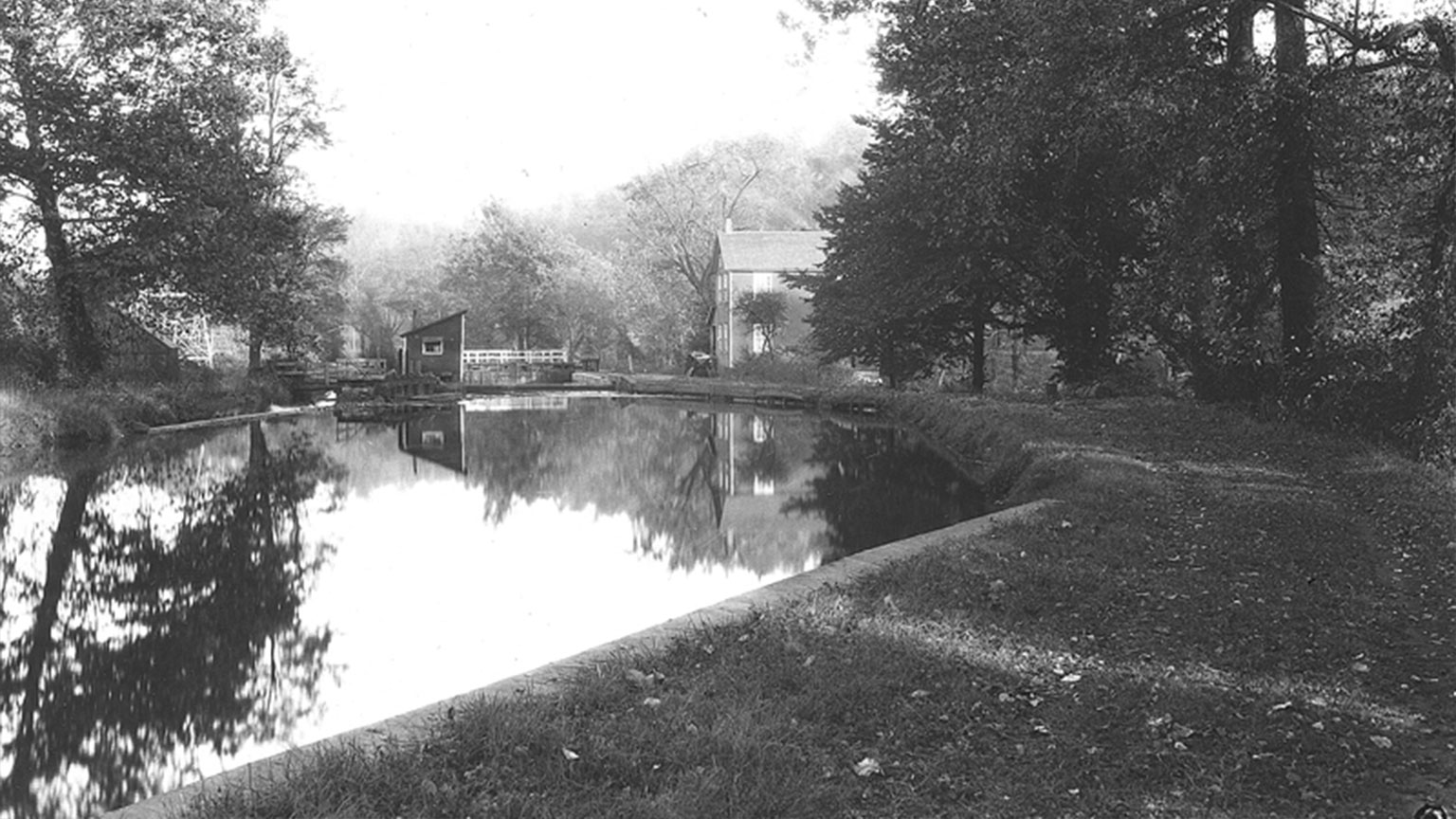 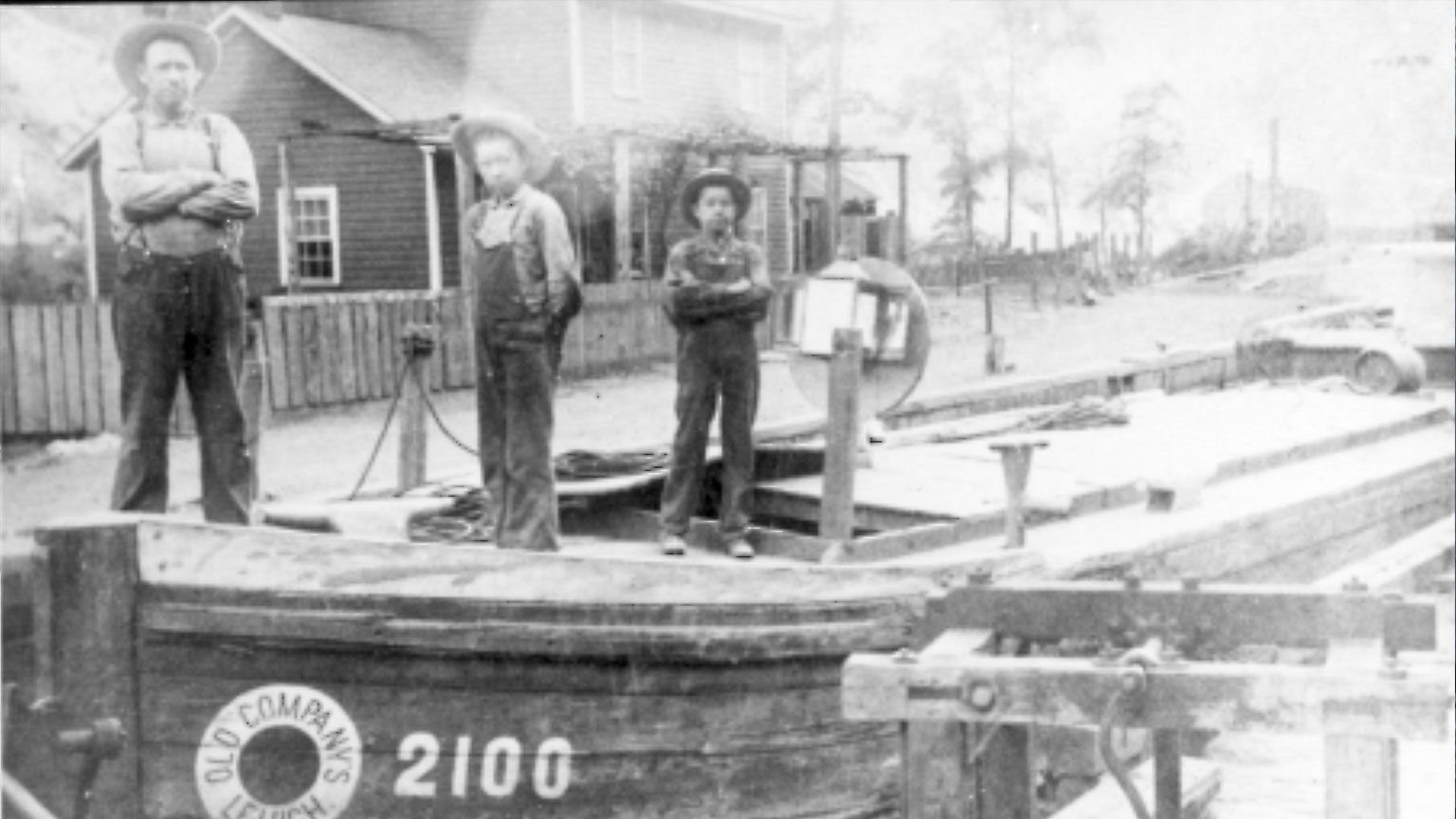 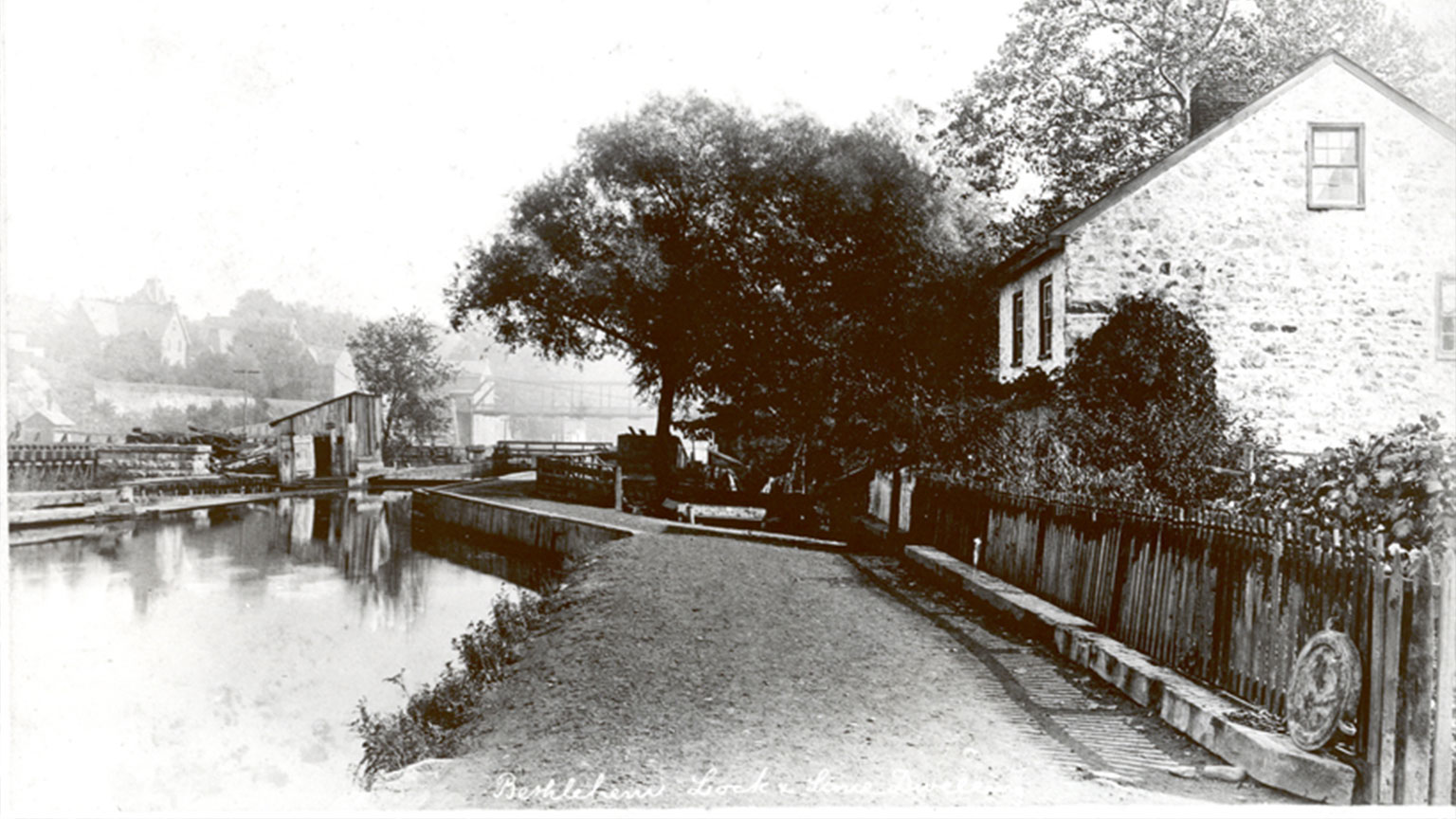 Canal locks allow boats to be raised or lowered. They are built where there are drops in the elevation of the river that parallels the canal. The higher the drop in river elevation, the higher a lock must be built to compensate for it. Most locks along the Lehigh and Delaware canals, from Mauch Chunk to Bristol, were relatively lower in height because the rivers elevation lowered gradually. Above Mauch Chunk in the Pocono Mountains of Carbon and Luzerne counties, locks on the Lehigh Canal were of enormous size because of the steep, quick and frequent drops of the Lehigh River. Several of the locks were built to lift or lower boats more than 25 feet. A few of them lifted and lowered boats more than 30 feet. Hundreds of men and mules were required to build the locks, using local rock and timber. On the Lehigh Canal, the gate at the head of the lock (the upstream end) was a heavy single drop gate. At the lower end was a set of two miter gates, which swung in and out. Openings at the bottom of these gates and on the floor of the lock- called wickets- allowed water to enter and leave the lock. Locks on the Lehigh Canal designed by Josiah White were 22 feet wide, big enough to accomodate two canal boats side by side. The original locks on the Delaware Canal were only 11 feet wide, large enough to pass only a single boat. When Josiah White was hired by the state of Pennsylvania to rebuild the Delaware Canal in the early 1830s, he widened some of the locks to 22 feet. When the LC&N gained control of the Delaware Canal in the late 1850s, more of the locks were enlarged. 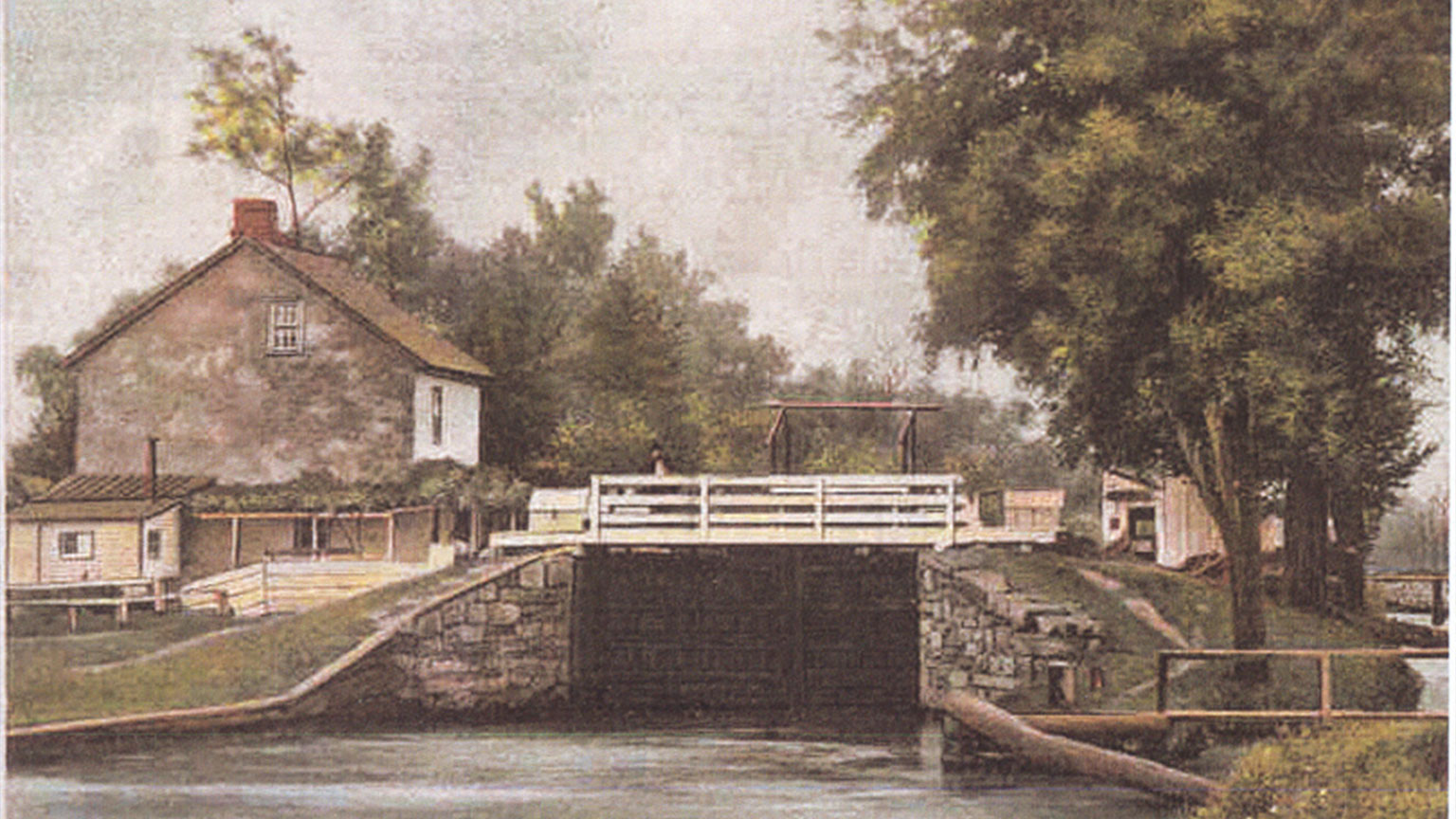 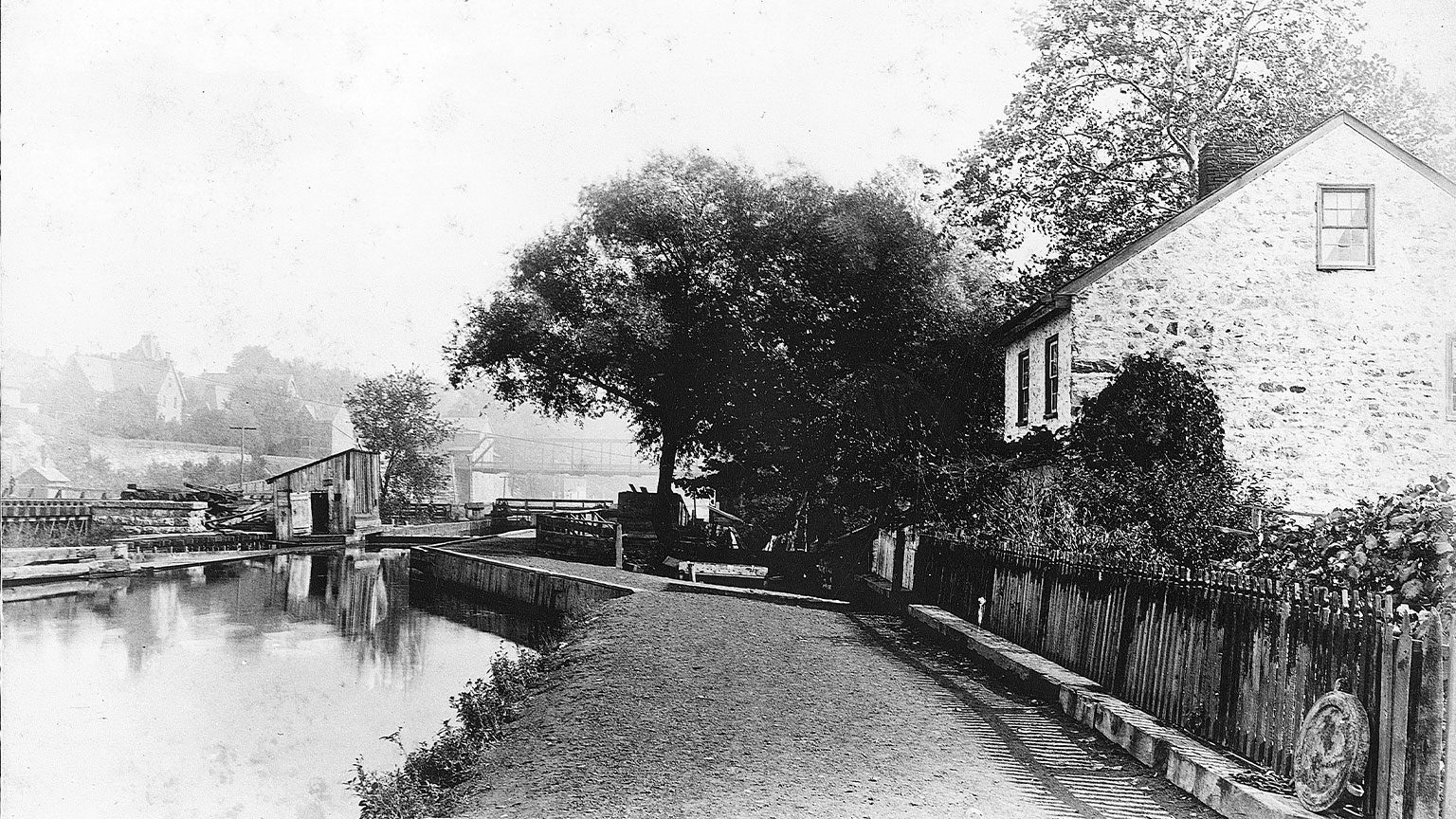 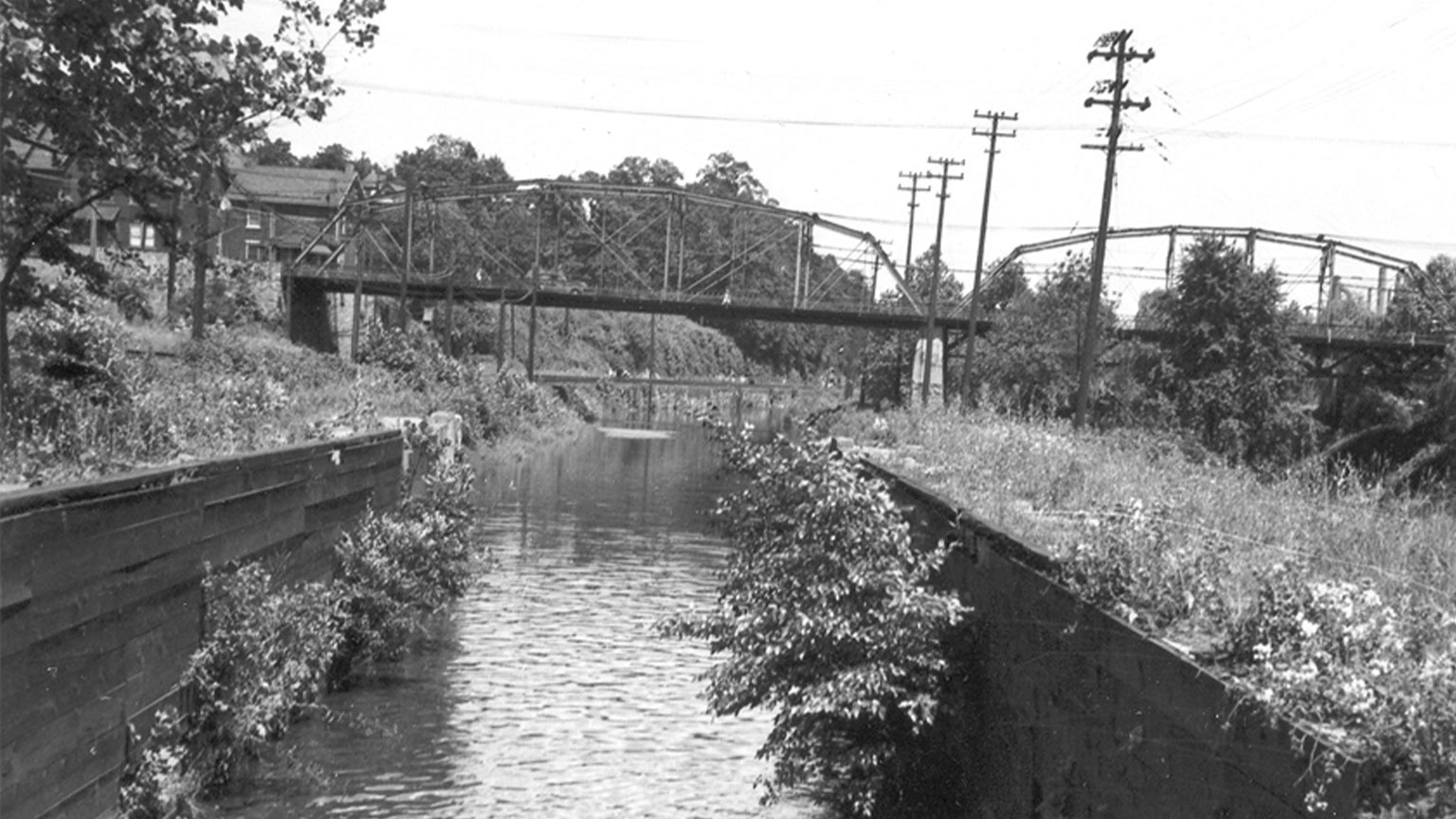 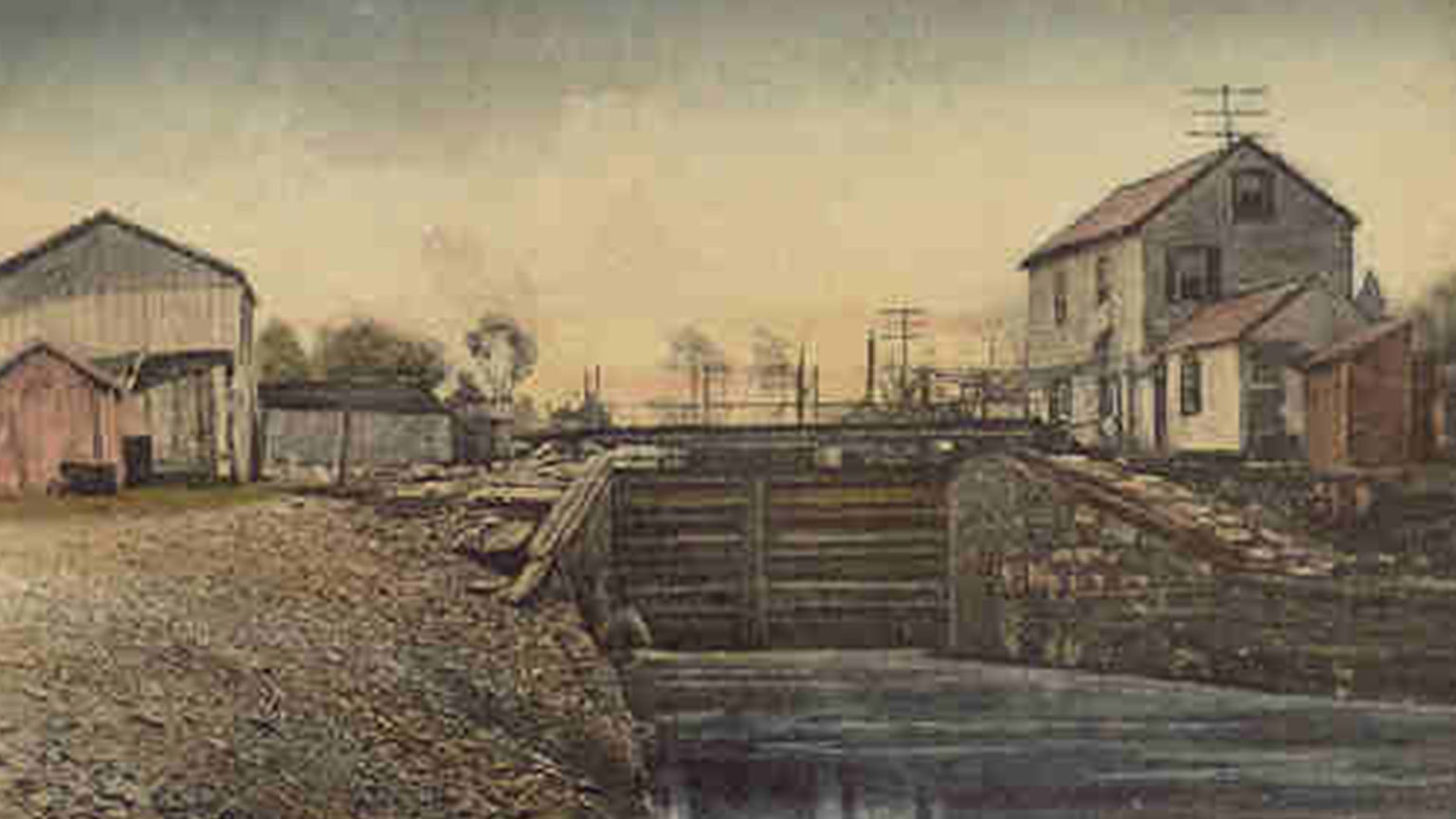 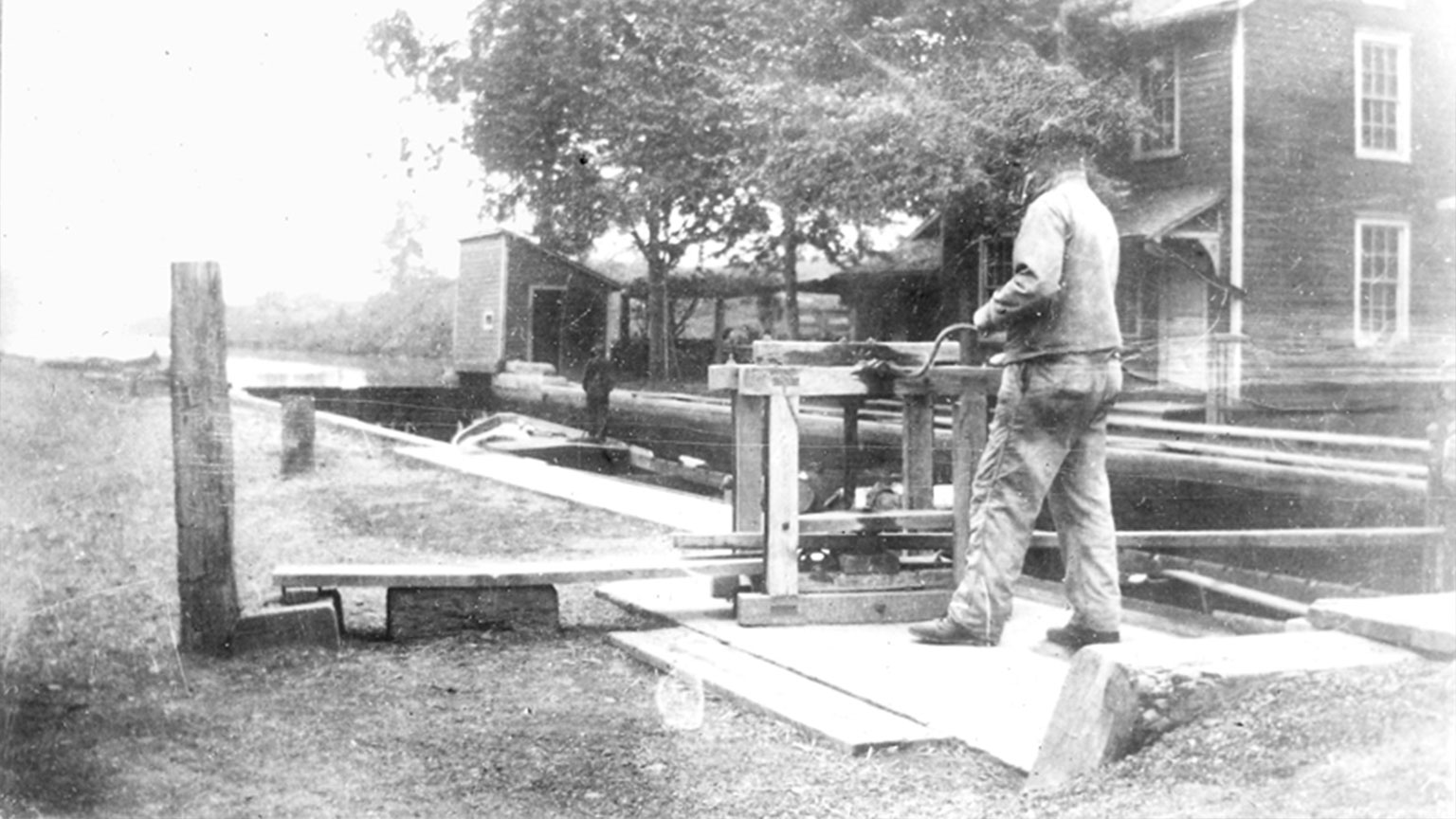 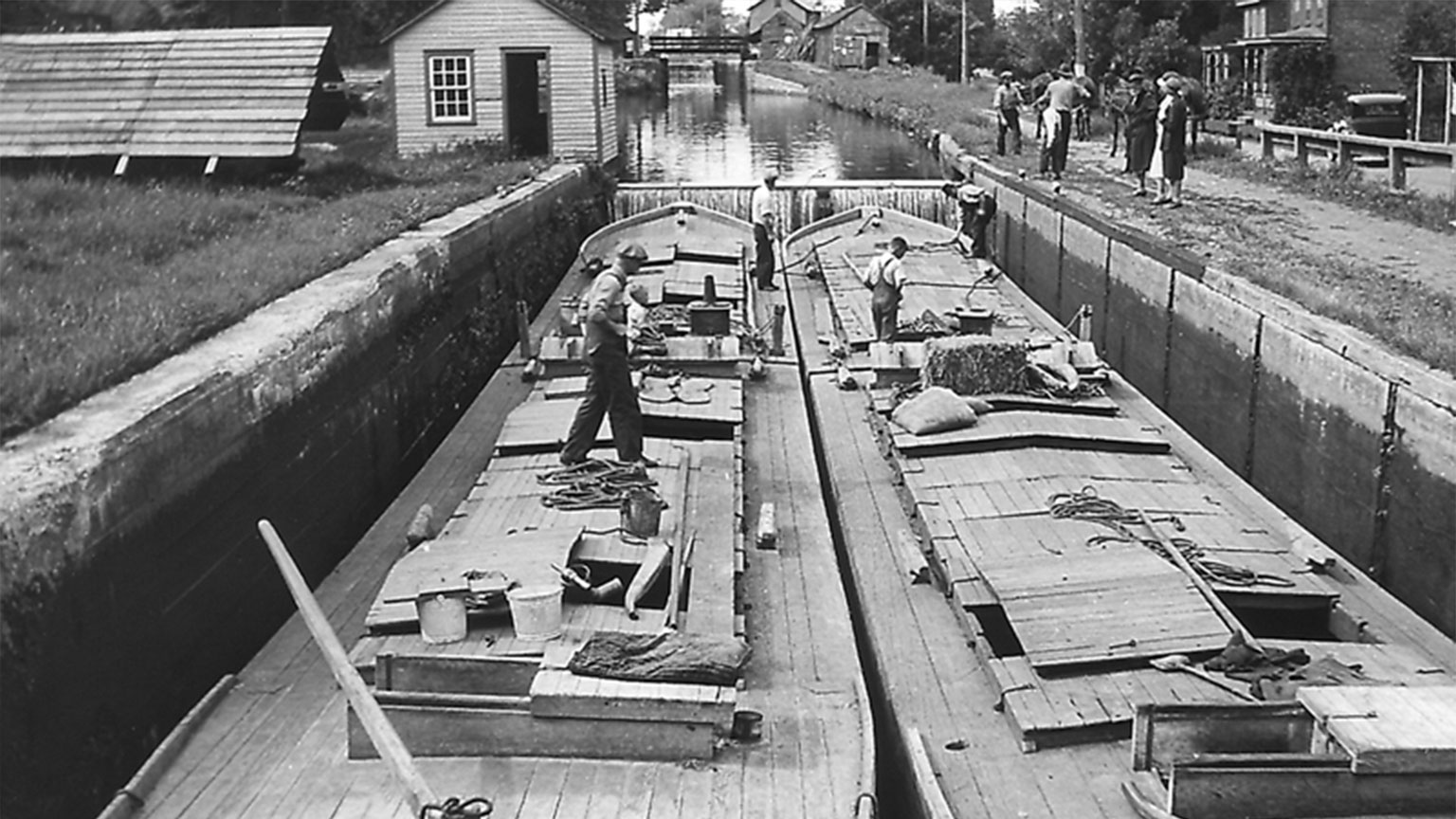 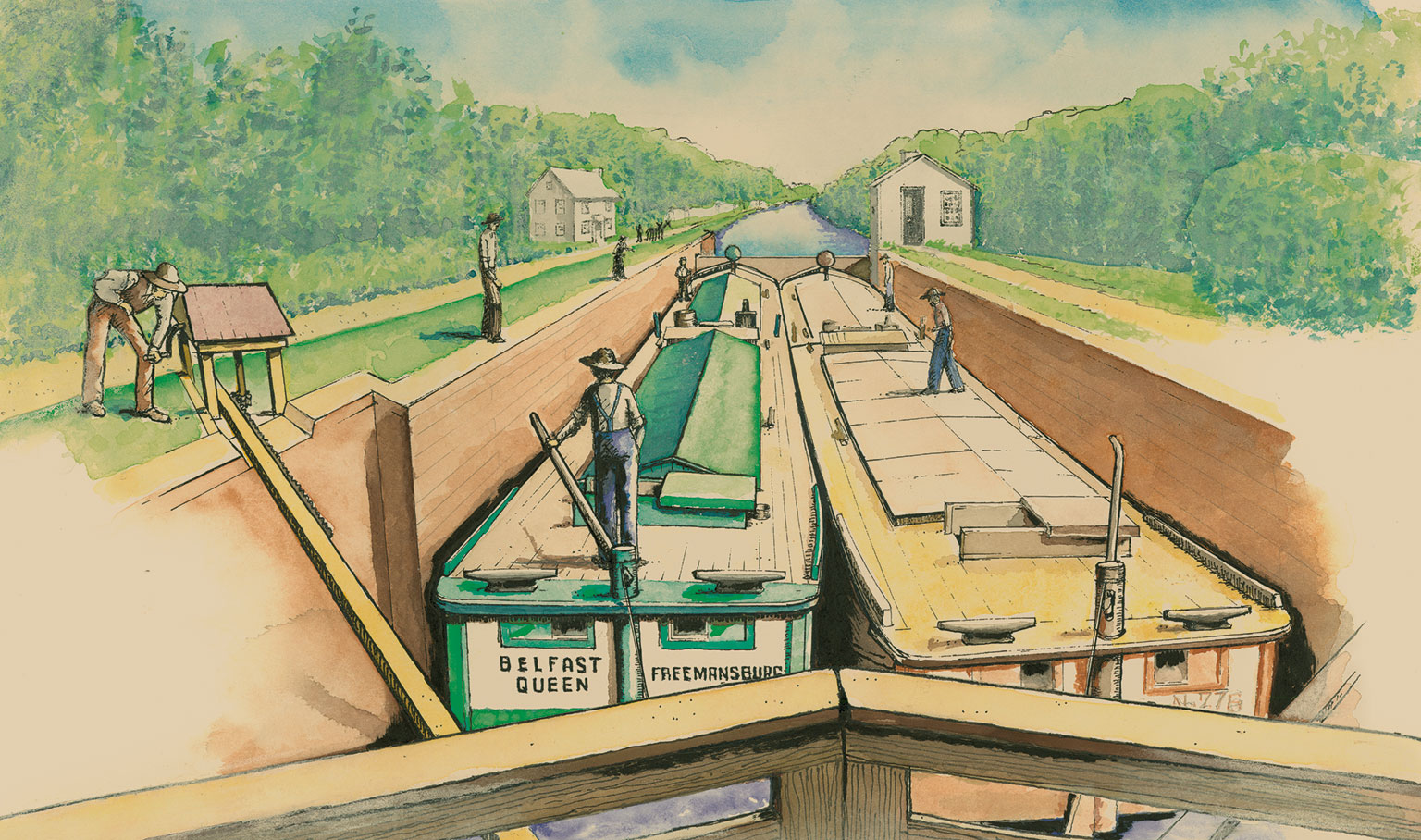 Interior of a Boat

Canal boats were designed for moving cargo. However, space had to be provided for sleeping and living. A very small section at the rear of the boat was designated for this . This area was very cramped and was not made for many people, but it still allowed for some of the comforts of home. The basic necessities that were inside the cabins were a fold down bunk bed, fold down table for eating, a stove to cook food and keep crew members warm in cold weather, and a locker for food whose bottom was always below the water line of the boat, thus providing reasonable protection for perishable food. A cupboard for dishes and kitchen utensils was located on one wall. There were two windows on the stern wall of the cabin that allowed light and fresh air into the cabin. The windows were equipped with sliding covers. There were usually one or two lanterns mounted to the wall to provide nightime illumination. The cabin was 9.5 feet wide by 7 feet tall and was accessed by a ladder that led to the deck. A hatch door covered the opening into the cabin. Crew members often chose to sleep on deck during the warm months of the boating season to have more room to stretch out and a fresher, more comfortable supply of air. Cooking was done inside the cabin but many boats were equipped with a second stove on the deck, which was utilized in warm weather. Boat captains often took their families on the canal. Wives were responsible for cooking and watching children who were too young to help with chores. Some families lived on their boats during the winter in dry dock, but most had homes they stayed in during the off season. 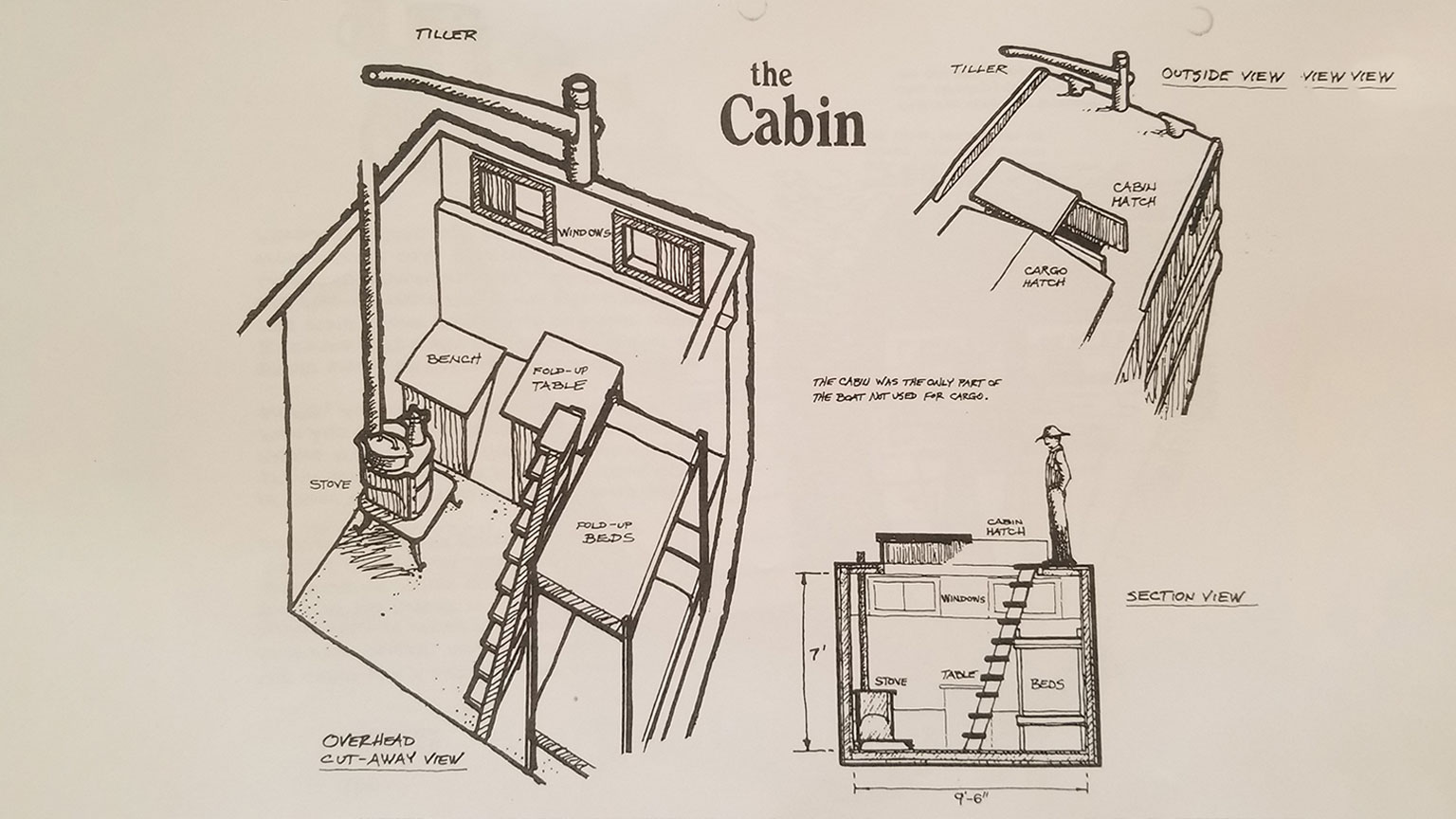 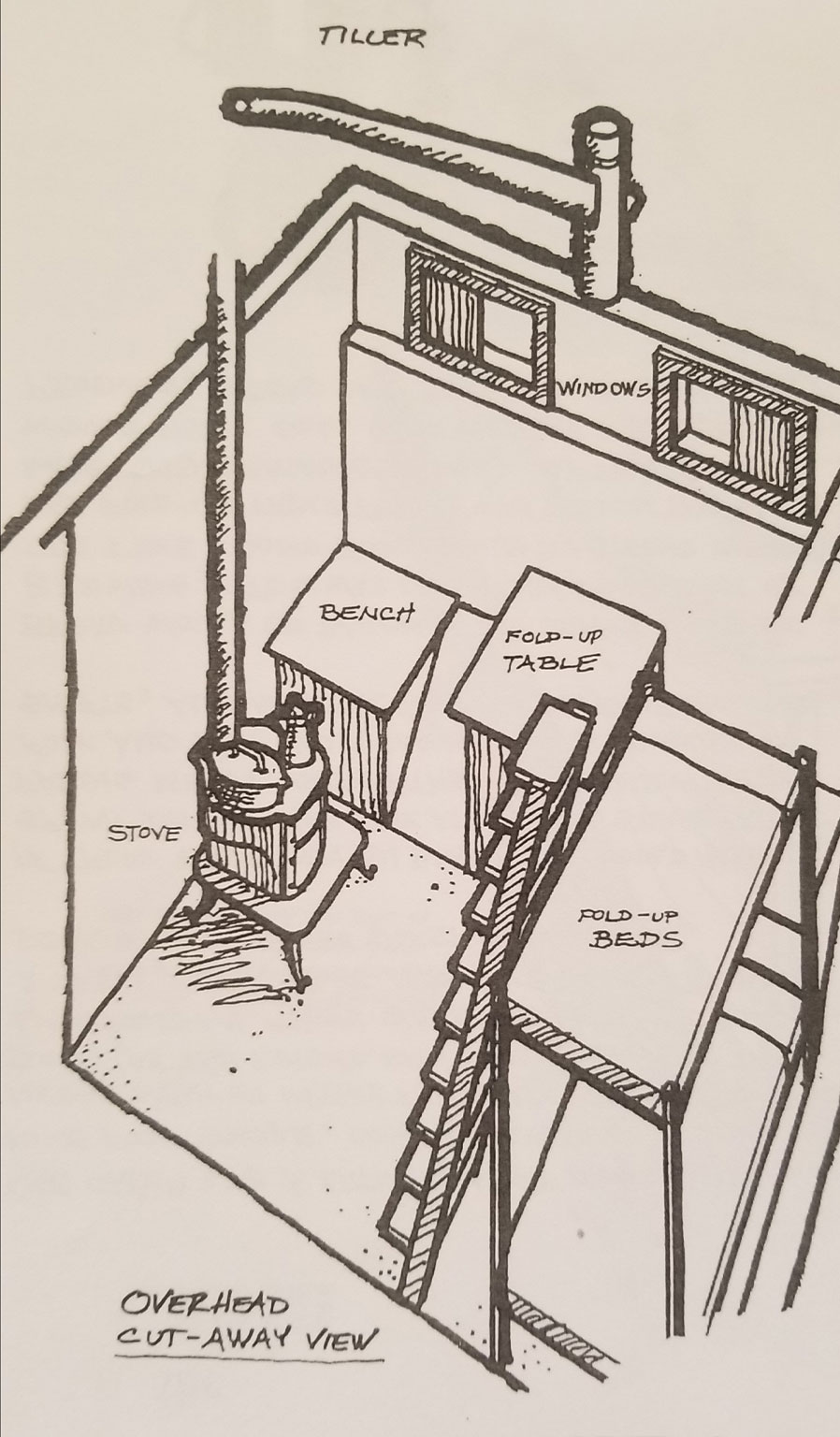 Equipment on the Boat

Canal boats were built to hold a lot of cargo. The inside of the canal boat was a huge empty storage space waiting to be filled with cargo. The deck of the boat was a different story. This area was where the captain and his family kept their supplies. What they didn’t keep in their sleeping cabin they kept on the deck of their boat. There was certain equipment that every canal boat captain would have on their boat. 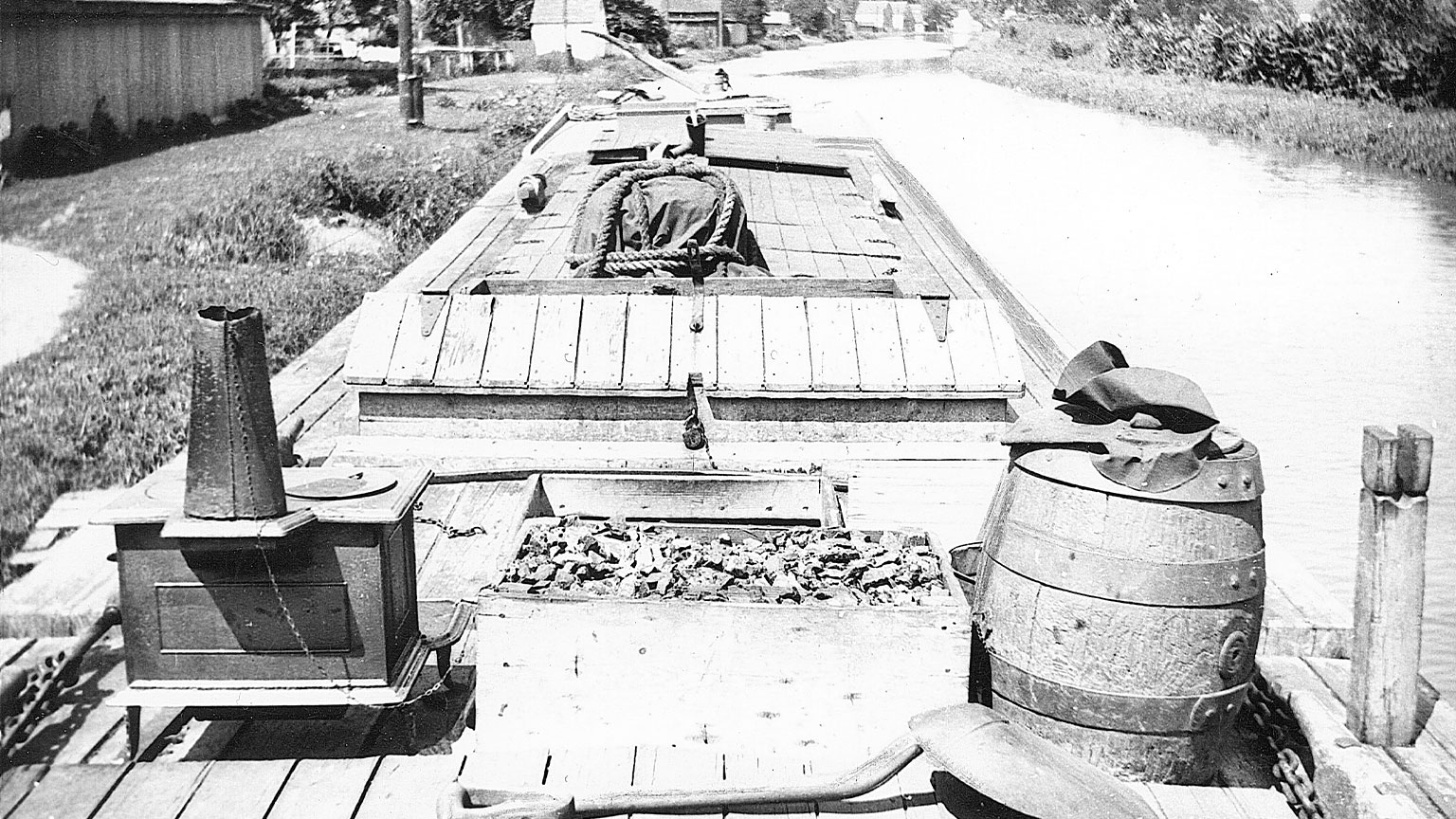 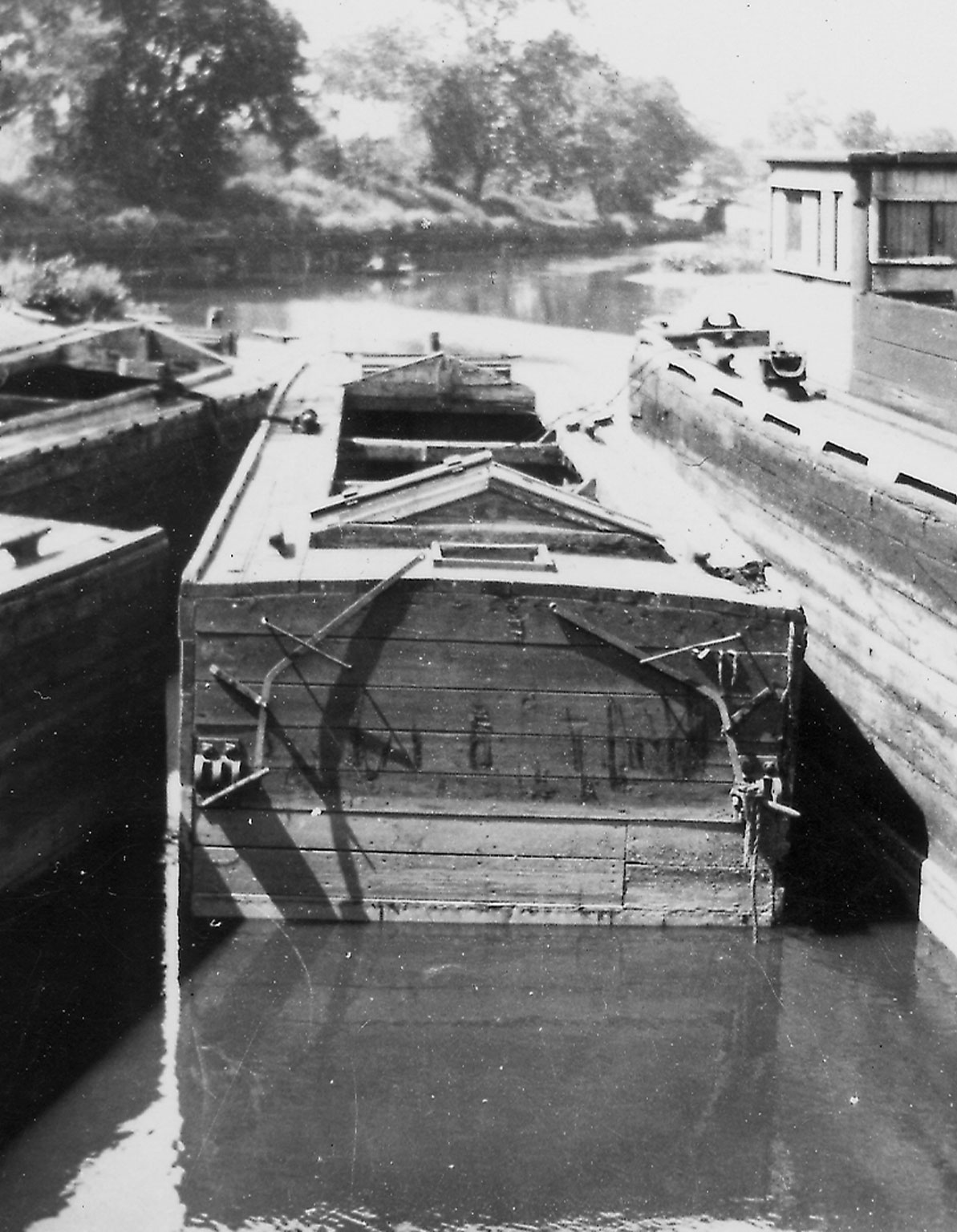 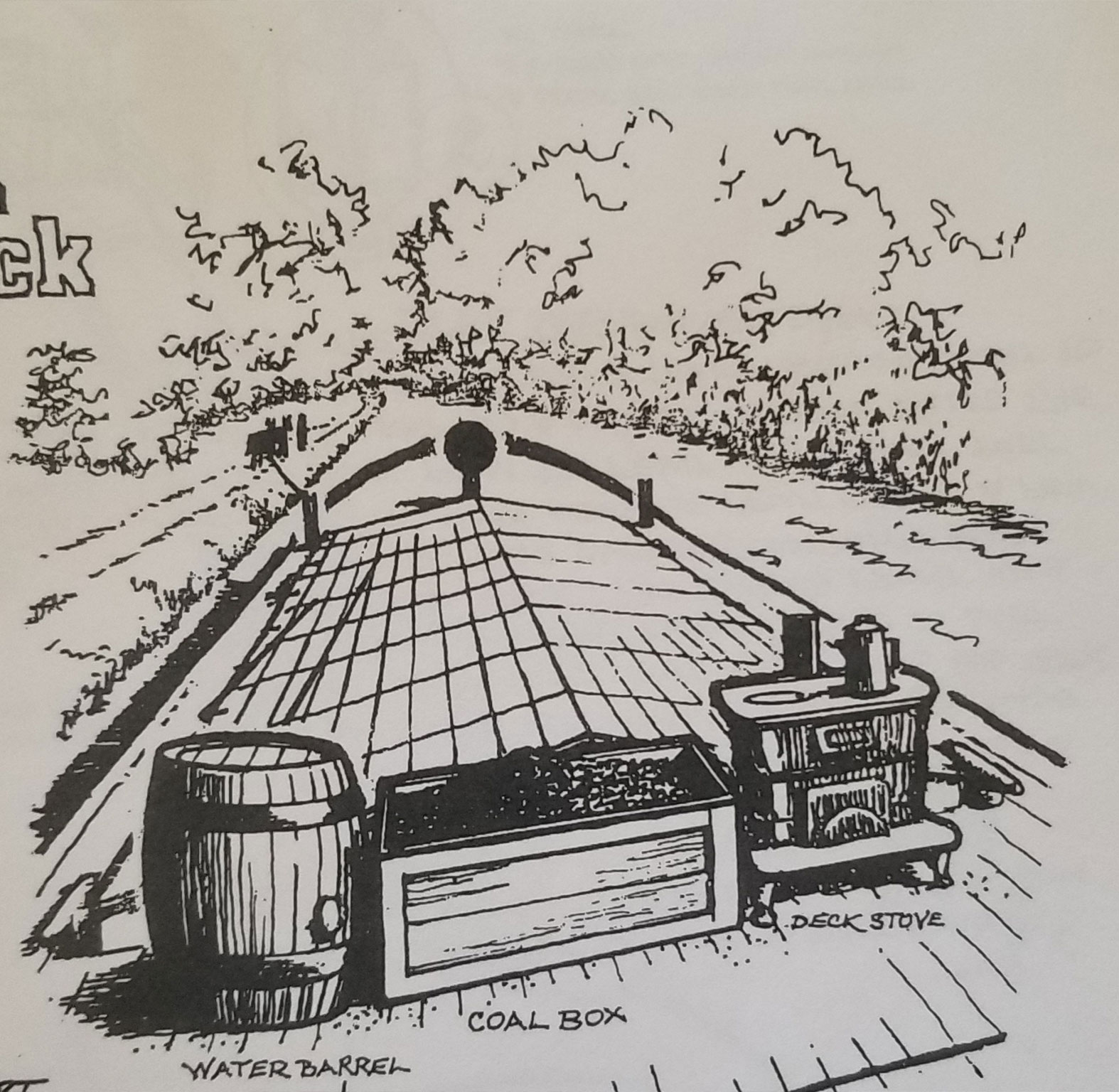 A conch (pronounced "konk" or "conch") is one of a number of different species of saltwater snails or their shells. The conch shell is pointed on both ends. Conch shells are used throughout the south Pacific as horns. On American canals the conch shell was used as a horn to announce the impending arrival of a canal boat at a lock. This would alert the locktender and allow him to prepare to allow the boat to pass through the lock. Conch shells also were blown at the beginning of a work day on the canals. 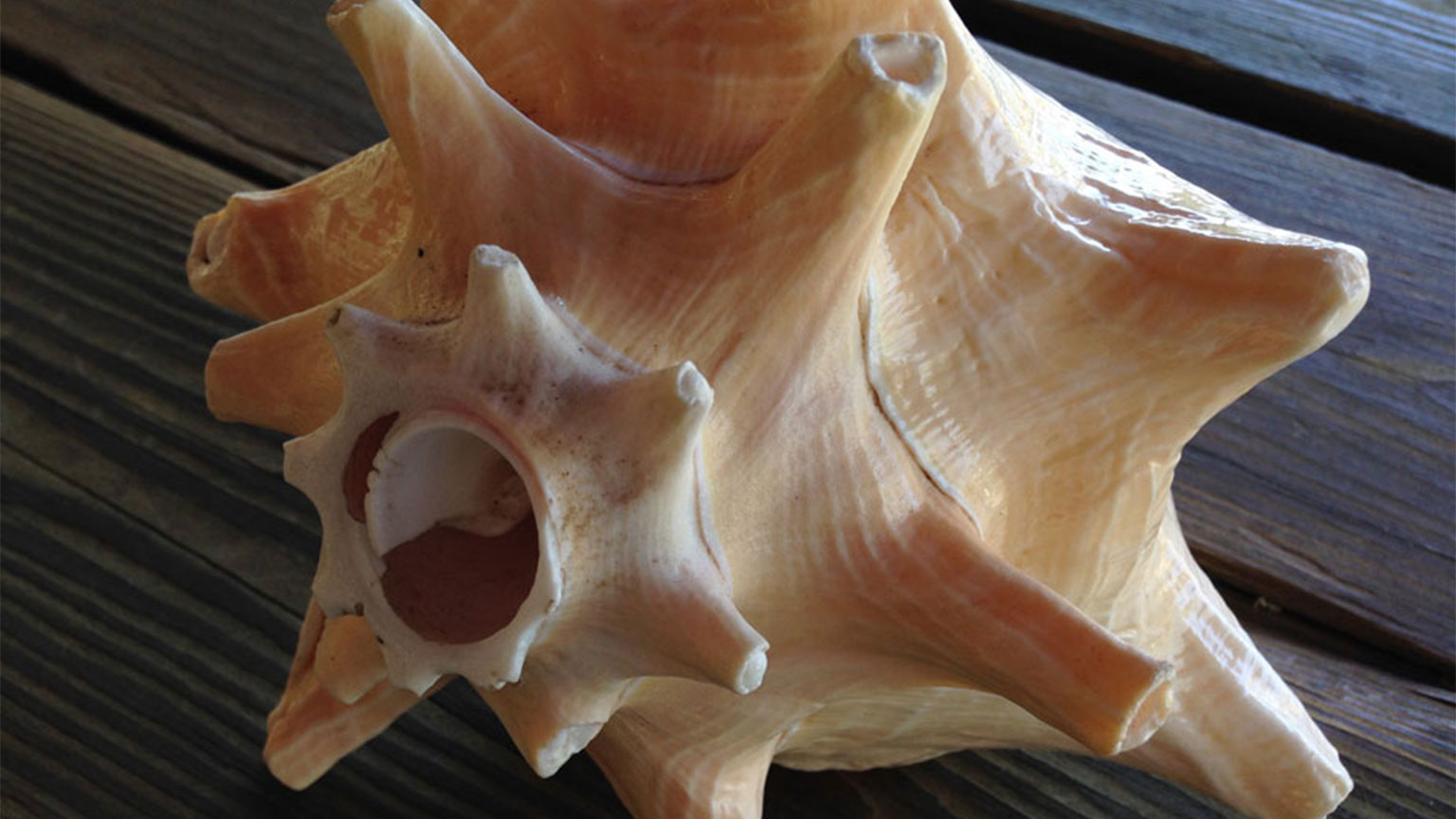 A nighthawker was an oil lamp with a polished reflector, which was placed inside a boxlike structure 12 to 14 inches on a side. Three sides of the box were made of glass. The nighthawker was hung on a decorated board, called a dasher which was attached to a post at the front of the boat. 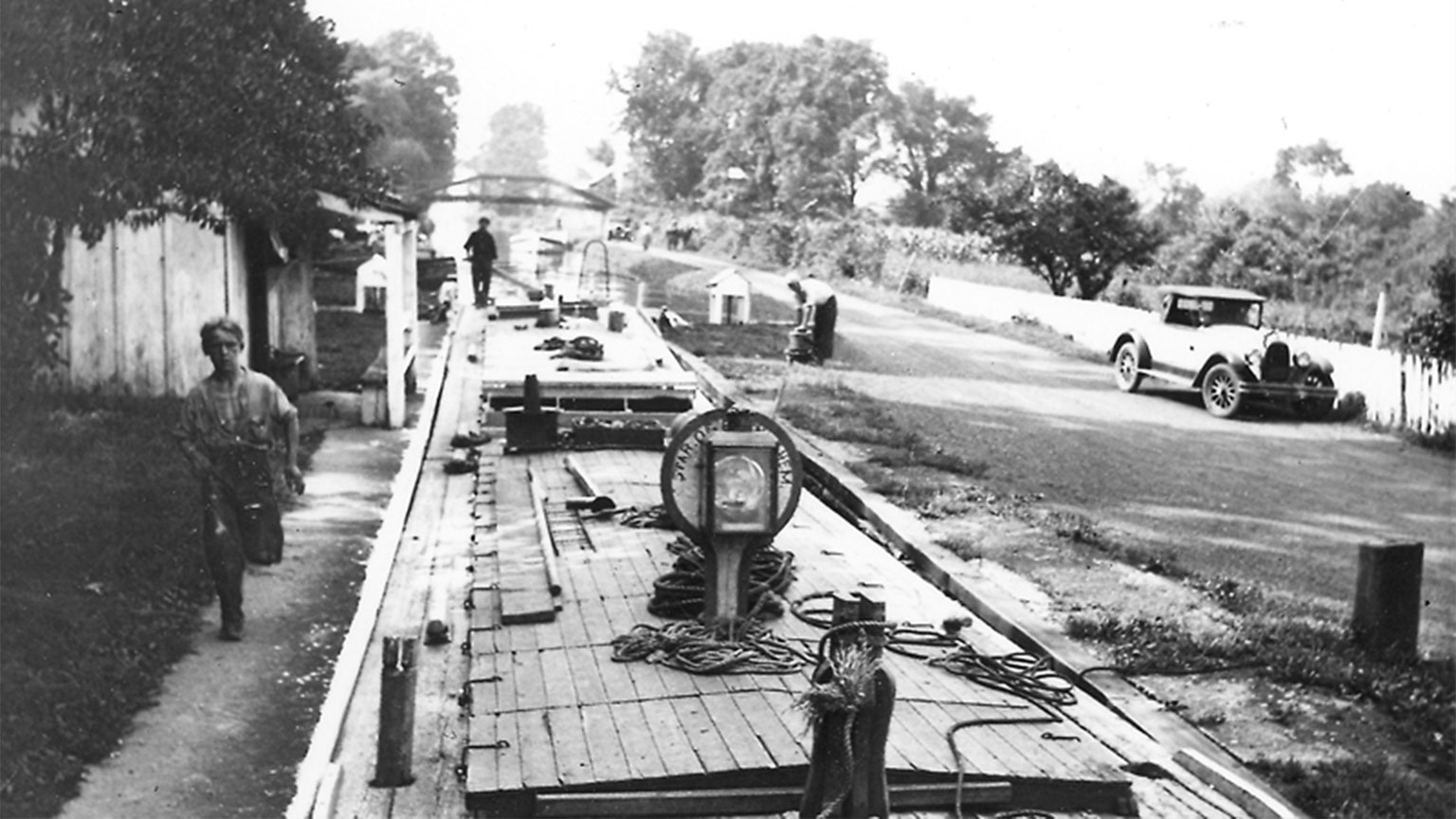 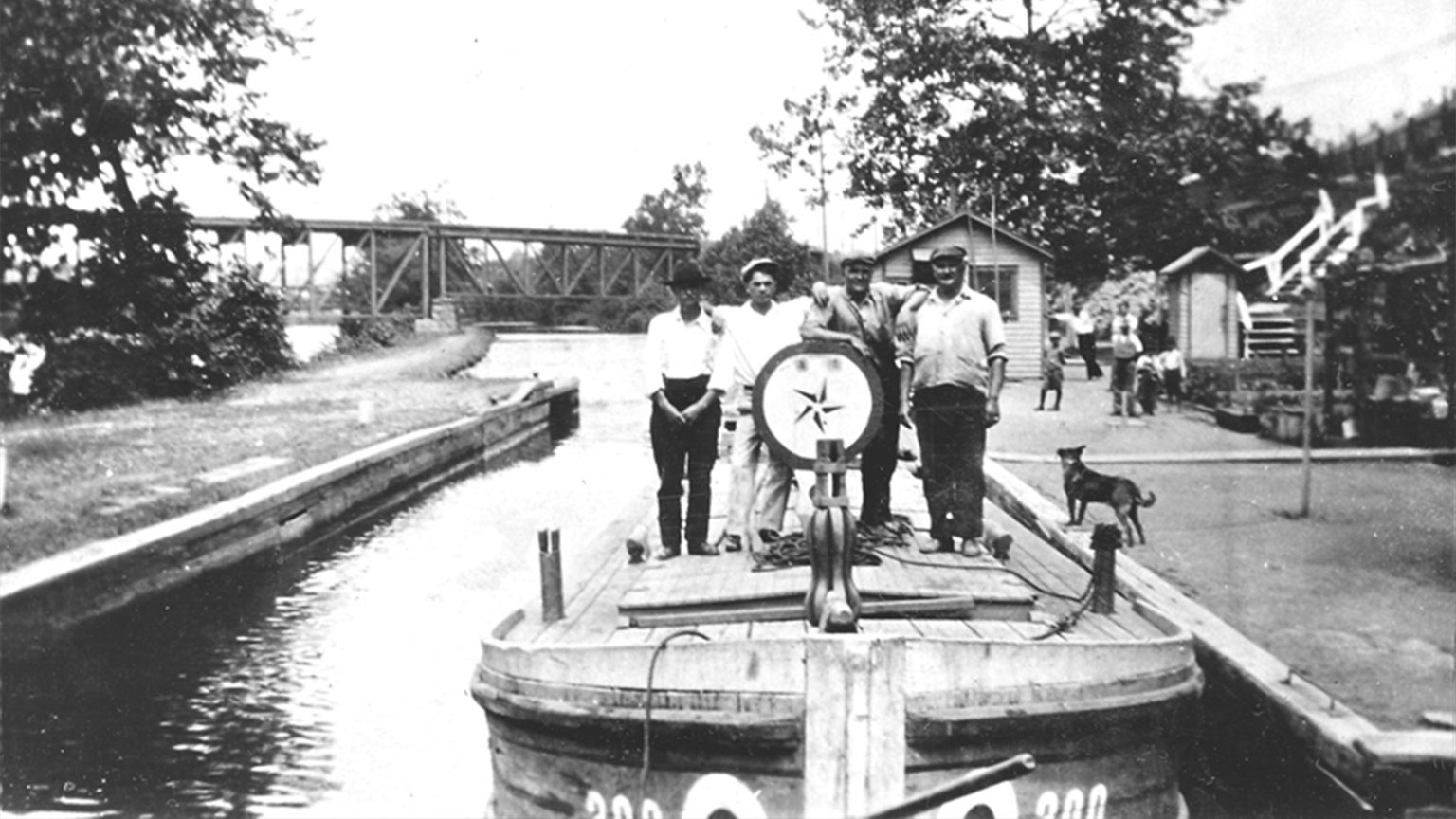 A canal boat rudder was its steering device. It was made of heavy wood and was attached to a rudder post located at the rear of the boat. At the top of the post was a tiller that was pushed by the boat captain or member of the crew to determine the direction of the boat. The tiller was connected to the rudder by a stout rope. The rudder operated best when a boat was full and it was fully submerged in the canal. When a boat was empty, or light, much of the rudder was exposed above the surface and the boat did not steer as well. 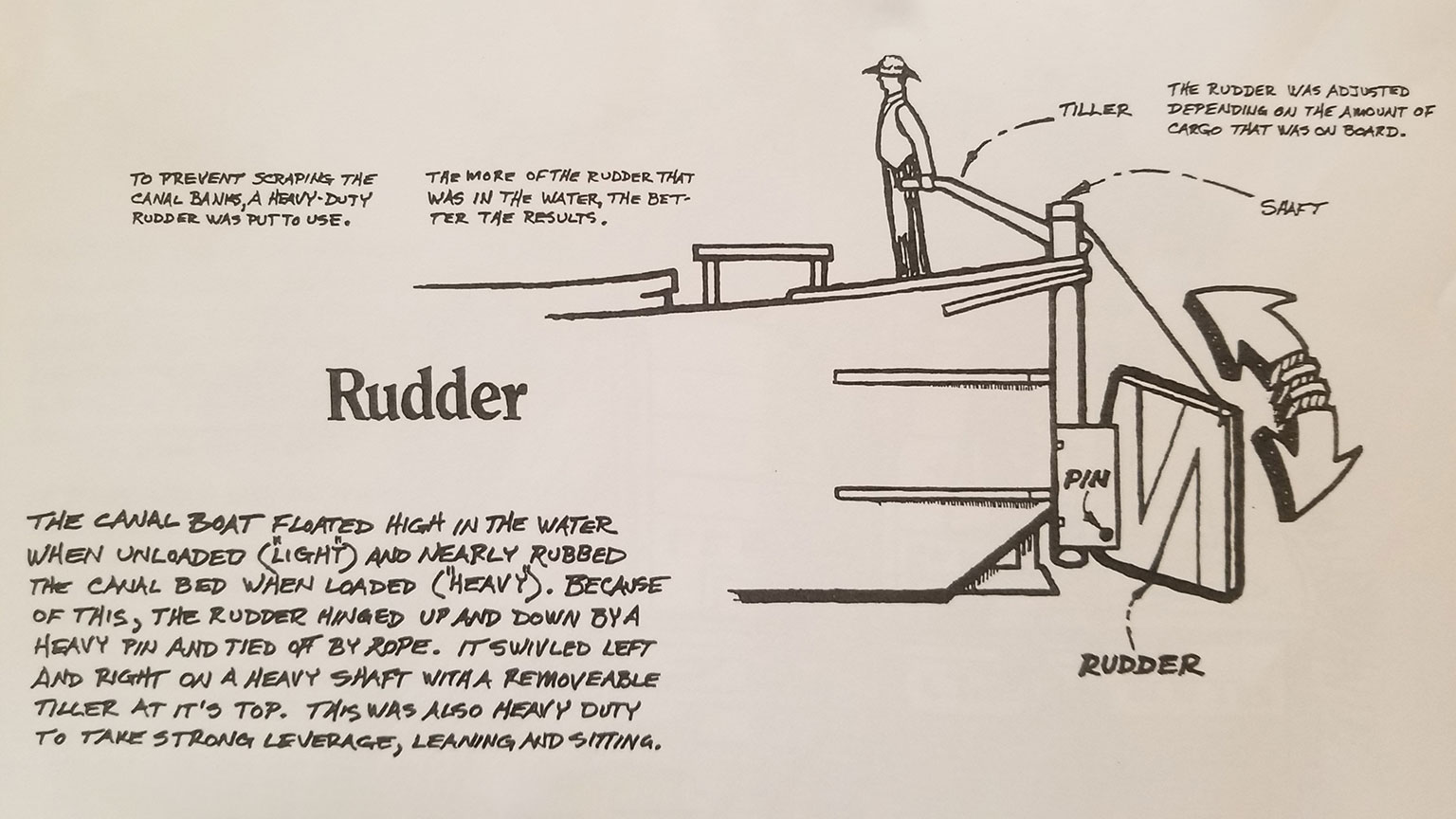 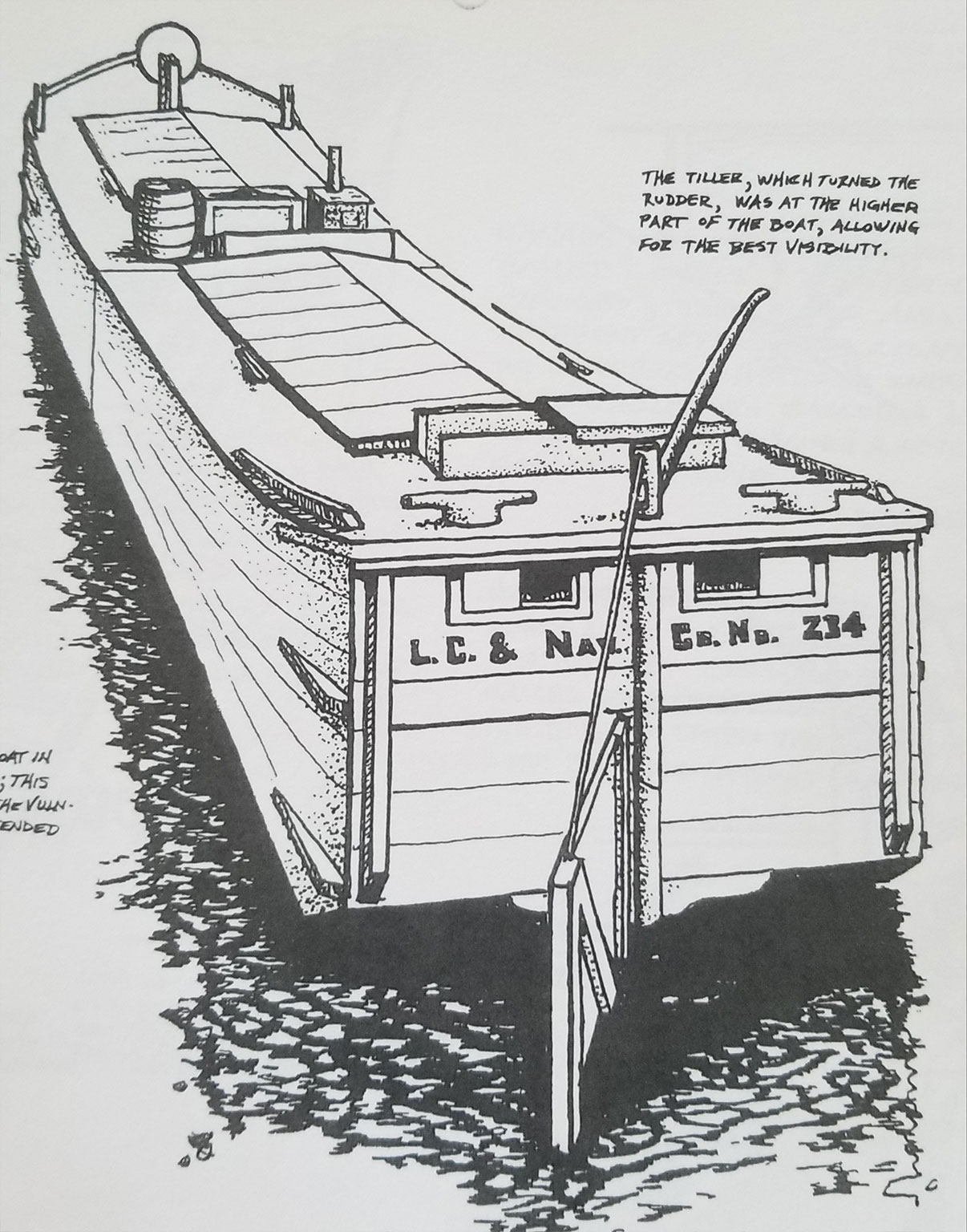 The towline was a heavy rope that connected the canal boat to the engines that pulled it - the mules. Most towlines were between 100 and 125 feet in length and 3/4 inch in diameter. Captains liked to begin a new boating season with a fresh towline. 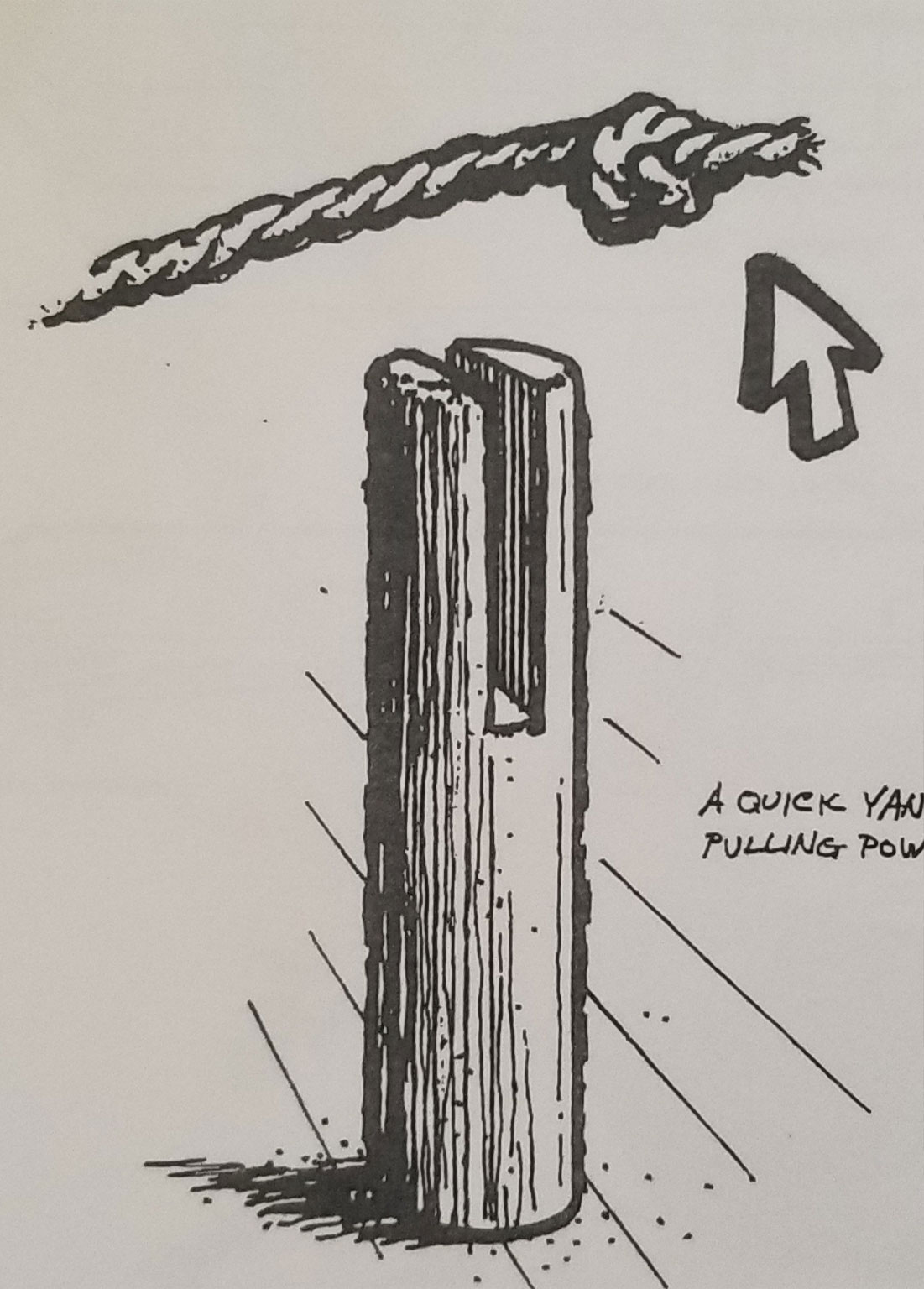 A decorated board that the nighthawker was hung on.

A small structure that resembled a dog house that was built over the iron mechanisms that operated the miter gate which was part of the lock system.

Leather straps and metal pieces to attach a mule to a plow or a cart.

An enclosed part of a canal with gates to change the water level for boats.

Moving along the canal in and out of locks.

Group of horses or mules that work together.

Are you ready to put your chapters 10-11 knowledge to the ultimate test?

Prev Section
Preparing The Queen
Next Section
Up, Up, Up